By Sarah Marshall
GRIT  DAILY ®
The Premier Startup News Hub.
Grit Daily News is the premier startup news hub. It is the top news source on Millennial and Gen Z startups — from fashion, tech, influencers, entrepreneurship, and funding.
Pharmacy Deserts Are on the Horizon if PBMs Continue to Underpay Medicaid Reimbursements
By Sarah Marshall

Independent pharmacies are being forced into bankruptcy due to underpayment for Medicaid reimbursements, which are managed by Pharmacy Benefit Managers (PBMs.) These small pharmacies are deciding to either turn away Medicaid patients, or to close their practices, creating pharmacy deserts in poor neighborhoods.

A survey of 123 independent pharmacies in Florida found that over 60% “may be forced to discontinue taking Medicaid patients if changes are not made to the program that currently requires neighborhood pharmacies to sell most prescription drugs at a loss.” 93% declared having to turn away at least one Medicaid patient per month because dispensing to them would cause the pharmacy to lose money.

There are ripple effects to having pharmacies take repeated financial losses in order to provide patients with necessary medications. Many of the customers who were refused Medicaid drug fulfillment ended up having an adverse health effect. This puts a strain on local hospitals that are already dealing with COVID-19 patients.

PBMs act as middlemen between insurance companies, drug manufacturers, Managed Care Organizations and pharmacists, and were originally put in place to drive down costs along the supply chain by negotiating better prices. What they’ve really done is score large payouts by hiding prices and taking advantage of a lack of government oversight and regulation within the industry. PBMs have a lot of power within the healthcare industry; they are the main reason behind ever increasing drug prices.

Many states rely on PBMs to use their industry expertise to negotiate drug prices with drug manufacturers, especially for their Medicaid programs. In Florida, CVS Health’s PBM, CVS Caremark, plays a major role in the state’s Medicaid program, serving as the intermediary between the state’s Medicaid program and the pharmacies serving Medicaid patients across the state. They are involved in writing and negotiating contracts with these pharmacies. As CVS is a pharmacy itself, one could see the potential conflict of interest in writing such contracts, as they could divert funds toward their own businesses, and away from smaller, independently owned pharmacies. That’s what’s happening.

According to Kevin Duane, a small pharmacy owner in north Florida, because CVS Caremark is negotiating contracts on behalf of the state with smaller pharmacies regarding Medicaid reimbursements, that they have a “perverse incentive” to draft a bad contract. Either the pharmacist refuses the contract, which will likely drive more business to the larger pharmacy itself, or the pharmacist accepts the contract, which then makes the costs laid out seems like the “going rate” for services in the industry. “Either way, they win,” says Duane.

When the independent pharmacies do close in these areas, it is unlikely that larger ones (i.e. CVS or Walgreens) will move in to fill the gap, because poorer residents do not have expendable income to spend on overpriced snacks and cosmetics.

Georgia recently passed legislation regulating PBMs by trying to ensure drug price transparency. The bill, SB 313, requires PBMs to publish drug prices online. Florida is attempting to follow suit – Representative Jackie Toledo (R, FL) is spearheading the issue. She is working with SPAR (Small Business Pharmacies Aligned for Reform) and PUTT (Pharmacies United for Truth and Transparency) to expose the public and state legislators to the power of Pharmacy Benefit Managers, as well as the impending crisis of pharmacy deserts related to the underpayment of Medicaid reimbursements. Rep. Toledo is concerned about the issue because the closure of small, independent pharmacies, “will limit access to the overall population and when you limit access, you also drive down competition.”

Though Medicaid is a major issue with regard to PBMs, even some who have good coverage can be arbitrarily price gouged on their medications. Alexis Lambert, a Deputy General Counsel for the State of Florida, had great coverage when she was diagnosed with Stage 3 colorectal cancer in 2018. While undergoing chemotherapy twice a month, she had been prescribed an anti-vomiting drug, Emend. It usually cost $35 out of pocket. Then, one day, the pharmacist told her it would be $550. She was unable to afford it, went through the next round of chemotherapy without it, instead taking a far less effective $7 anti-vomiting drug, and subsequently lost 19 pounds in one week. She had a contact at her insurance company who was sympathetic to her plight and investigated the matter, finding that the PBM overseeing the order “didn’t like the electronically filed prescription.” Lambert was then forced to go to her oncologist’s office, pick up the paper prescription, written with very specific wording, and then to the pharmacy to have it filled. She knows, though, that most people don’t have this option. Lambert says, “If this is happening to someone with some of the best insurance coverage in the world – what on earth is happening to this self-employed independent contractor with some plan off the exchange?”

The problem with PBMs and their outsize power over drug prices is multi-faceted, but it ultimately ensures that only a few winners make exorbitant sums of money. As of now, the lack of transparency around drug prices is making prescription drug procurement a major hassle for some residents, especially those on Medicaid who have no option to switch providers. The PBM lobby is strong, but once actual drug prices are revealed, politicians on both sides of the aisle will likely find a way to come together to lower drug costs for their constituents’ sakes, because people fair access to medication is a human issue, not a partisan one. 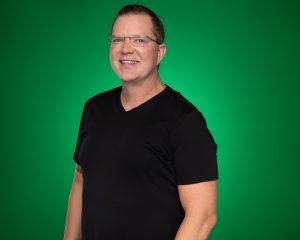