An event as enormous as earth-shaking as the COVID-19 pandemic is bound to have an effect on the culture. The Black Plague led directly into the Renaissance, and the Roaring Twenties can be seen as an exuberant rebuke of the devastation wrought by the 1918 “Spanish Flu”. While we may not have known what cultural […]

An event as enormous as earth-shaking as the COVID-19 pandemic is bound to have an effect on the culture. The Black Plague led directly into the Renaissance, and the Roaring Twenties can be seen as an exuberant rebuke of the devastation wrought by the 1918 “Spanish Flu”. While we may not have known what cultural themes would take hold in our own great paradigm shift, it’s now been about a year and a half since the pandemic took hold, and we can see some of these new colors taking hold through the art we create and consume.

A desire for kinder, gentler stories

A major mid-pandemic cultural shift we’ve seen has been a desire for TV and movies that embraces kindness and hope. It makes sense, given the darkness of these times, that we would move toward light, and surprise viral hits like Ted Lasso and Barb and Star Go to Vista Del Mar show that we did. This new batch of storytelling about people who care about each other being kind has struck a chord with viewers.

With streaming having such a boom, viewers have been binging old favorites along with the old. The most lucrative streaming properties are still old favorites like Friends, The Office, and Seinfeld, as we’ve sought the warmth of nostalgia for simpler times.

There were outliers, of course (there’s no accounting for Tiger King fever, for instance), but many of the movies and shows that dominated the cultural conversation emphasized warmth.

The counterculture spent the pandemic sharpening its edge

Already-simmering national angst about race, climate, equal rights, government corruption, and the economy gained an extra layer of depth and heat through 2020 into 2021, and its reflected in our arts and culture. Gen Z is coming of age, and they’re shaping up to be at least as socially aware as their predecessors. And it’s having a major effect on the culture.

On the mainstream side, corporations are paying attention, and attempting to cash in. CBS drew controversy recently for its plans to create a reality competition show, The Activist, a gamification of social-justice activism. While the announcement was met with near-universal hostility, it does point to a social shift. Activism for social change is big enough to be bankable, and that says a lot.

On the counterculture side, artists are not only addressing social politics, but making it a key aspect of their branding and the art they produce, like mixed-media artist Radheya Reinkarn8d. His words and accompanying visuals rage against a system that is broken but not unfixable. He wants listeners to acknowledge the problems, so something can be done about them, a brand of pragmatism that is a built-in feature of this new wave of activism.

The game that defined 2020 was Animal Crossing: New Horizons. With its gentle, colorful style, and its endless gameplay loop, it was a meditative reprieve from the unease of the pandemic. Another game that began to explode in popularity at the beginning of 2021 was Rust, a survival game that, released in 2013, is nearly geriatric in digital years.

What do they both have in common? Home-building and friendship. In Animal Crossing, you invite online friends over to see your island home and spend time together fishing and comparing digital furniture. In Rust, you form a clan with other players, set up a home base, farm, build, and defend it from marauders. We wanted to spend time with friends, a proposition still fraught with contagion danger. Through hang-out games, we’ve been able to do that.

The last year and a half have been a prolonged, painful transition phase for the world, but that doesn’t mean that culture has stopped. As it always has been, it is a reflection of the times it’s in. 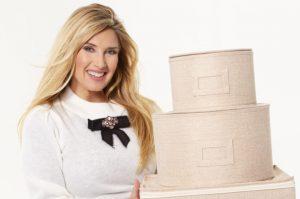