By Lucas Miller
GRIT  DAILY ®
The Premier Startup News Hub.
Grit Daily News is the premier startup news hub. It is the top news source on Millennial and Gen Z startups — from fashion, tech, influencers, entrepreneurship, and funding.
4 Hard-Hitting Statistics That Prove Overseas Talent Is Worth a C-Suite’s Consideration
By Lucas Miller

Small-scale entrepreneurs learned long ago that they could save a great deal of money by outsourcing certain tasks to dedicated remote specialists—often in places like India or Eastern Europe. However, some larger companies have proven reticent to trust overseas talent. It’s one thing to fill an open position with a remote team, as a startup […]

Small-scale entrepreneurs learned long ago that they could save a great deal of money by outsourcing certain tasks to dedicated remote specialists—often in places like India or Eastern Europe. However, some larger companies have proven reticent to trust overseas talent.

It’s one thing to fill an open position with a remote team, as a startup might do. It’s entirely another matter to move an entire department overseas, or replace current in-house employees with remote contractors—both common scenarios for larger businesses considering outsourcing.

For the C-suite of a large company, outsourcing provides both an opportunity and a challenge. It may not be right for every company, but the data suggests that executives stand to gain a great deal by utilizing offshore talent.

Here are four statistics which indicate that overseas talent is worth considering if you’re in a position of leadership at a large company.

1) Students from 38 countries rank above their US counterparts in PISA scores.

In a nutshell, foreign employees are often better educated than their American counterparts.  PISA scores assess students’ proficiency at math, science and reading, as well as other key skills that translate into employability. The United States routinely ranks at or below average.

While STEM education lags in the US, it is a major focus in other countries.

“Every year about 7,000 IT specialists graduate from Romanian technology universities,” writes Anton Mishchenko, co-founder and CEO of YouTeam, a company specializing in the outsourcing of high-end offshore development, “meaning that the number of software development professionals in Romania will be gradually increasing from year to year. Romania also offers one of Europe’s fastest growing markets for information technology application development.”

Even if cost is no object and you’re hiring purely for talent, it makes sense to broaden your search outside the US.

2) Only 4 percent of large companies who have hired overseas plan to relocate jobs to the US.

This statistic, from a study conducted by Duke University’s Fuqua School of Business, is striking for several reasons. Essentially, once a company starts outsourcing jobs overseas, they almost never return to relying strictly on in-house talent.

As mentioned previously, the availability of skilled and affordable labor in other countries is certainly a factor. However, there’s another significant reason why companies who outsource have no plans to change.

As Seth Hanlon, a senior fellow at the Center for American Progress, explains, the tax code “rewards companies for making investments abroad—and leads to them shifting offices, factories, and jobs abroad even if similar investments in the United States would be more profitable absent tax considerations.”

Deloitte’s 2016 Global Outsourcing Survey found this striking statistic. The respondents to this survey were largely C-suite executives at major companies—85 percent of which reported more than 1 billion in annual revenue.

The survey notes that beyond simple cost savings, outsourcing often creates value “through the impact of innovation, ease of relationship management, and improved strategic flexibility.” Essentially, outsourcing tasks can often be a better solution overall than trying to maintain all work in-house.

While outsourcing certainly has its risks, most executives who try it report very satisfactory results.

CNBC recently focused attention on this statistic, which was originally released by the US Department of Labor. Outsourcing is nothing new. It becomes more popular with large American corporations every year, with software development being a particular favorite.

“The software development industry is a striking example in terms of hiring offshore developer talent,” wrote Anton Mishchenko when I reached out to him for further comments.

“Regions such as Eastern Europe, Latin America, Southeast Asia and Africa are becoming even more popular for outsourced product development. In recent years Eastern Europe has become a mainstream location for offshore developer talent because it offers an attractive cost-to-quality ratio, not merely low rates like in other regions.”

Every executive is familiar with the business consequences of inflexibility. In this age of disruption, being the last one to the party often means being the first to lose market share. With this quantity of jobs being outsourced every year, how long can a company decline to explore using offshore talent before it begins to lose ground to its competitors as a result?

These four statistics I’ve chosen to highlight are just the tip of the metaphorical iceberg. Any thorough study of the data surrounding outsourcing reveals the opportunity it presents.

For executives at large businesses, outsourcing is an excellent way to unlock new pools of highly-skilled talent, save money on both wages and taxes, improve strategic flexibility and stay relevant in an ever-more-competitive marketplace. 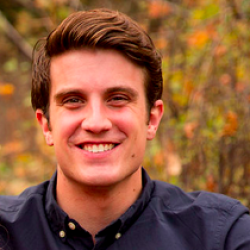 Lucas Miller is a contributing writer at Grit Daily. He is the founder and CEO of Echelon Copy LLC, a media relations agency based in Provo, Utah that helps brands improve visibility, enhance reputation and generate leads through authentic storytelling. 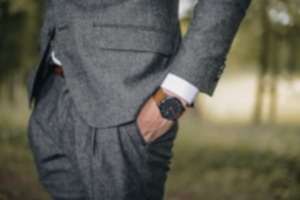 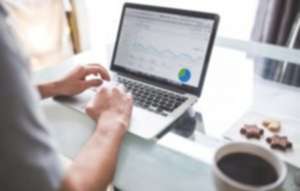