Self-described solutions architect Raviv Nadav had an intensely negative reaction mere minutes into his first online social interaction. March 2020. It was a Thursday, he remembers clearly. People across the globe were isolated by the COVID-19 pandemic. Emerging technologies were quickly being put into widespread use to solve educational needs and business problems. There were […]

March 2020. It was a Thursday, he remembers clearly. People across the globe were isolated by the COVID-19 pandemic. Emerging technologies were quickly being put into widespread use to solve educational needs and business problems. There were attempts to use the same technologies – designed for online and hybrid work environments – for social interactions.

That’s where it all fell apart for Nadav. He was invited to participate in a video chat with a circle of friends and friends-of-friends. The rigid technology didn’t allow for multiple conversations without creating new, separate spaces. Voices were cut off. The process wasn’t as smooth as he was expecting it to be.

“At the beginning, my pain point was social,” Nadav said. “I wasn’t engaged. If I go into a breakout [space], I don’t experience the room. I’m there for the room.”

Nadav saw the need for an improved solution. He posits social interactions are key to online work environments, hybrid or otherwise. He visualized the experience he wanted and laid out the basics. In a social situation, people who want to talk with one another typically move slightly away from the main conversation. They can still hear the social interactions of others but the focus is on one another.

“When you move away from someone, you don’t hear them at full audio blasting in your ear,” Nadav said, saying focus is the key. “The basics of how you do that is a game of volumes. Multiple people can have multiple conversations at the same time without talking over one another.”

Some chat platforms can be very linear in their functionality. First one person speaks, then another, then another. If two people talk at the same time, microphones can cut out. The conversation can slip off the rails. Nadav wanted a more natural solution. He wanted the baseline ideas of a collaborative video chat platform to mimic real-life environments, such as the hum and buzz of background noise and the ability to pick up on other conversations.

“You might hear someone mention your name, just like in real life,” Nadav said. “That doesn’t happen if you detach from the call or move into a breakout room.”

With the framework quickly taking shape, Nadav and his team began testing the software with day-long sessions. They would log in to the app when they ‘arrived’ at work to become part of the group. Each employee creates their own room. There, they can hear the background chatter – both social interactions and work talk – of the other participants. Joining a co-worker in their room is akin to standing in their office door and asking, ‘Do you have a minute?’

“It gives you the sense of being in an actual office,” Nadav said. “You can do anything you can do in an actual physical room with people.”

The development team soon realized the benefits for the work environment and the classroom. The result is Kino, the first second-generation video chat platform. The mobile app launched in September 2020.

Kino’s connection to theater, film, and moving pictures drove the naming decision. Fans of the Stargate science fiction television series, Nadav included, will recognize the name Kino. He said the effectiveness and utility of the series’ investigative, softball-sized, floating orbs with the same name clinched the decision for him.

“Everything connected with what we were trying to achieve,” Nadav said. “We wanted something catchy, something easy to verbalize. We wanted it to become a verb.”

The app uses several cues to alert the host, speaker, teacher, or presenter about who is participating and paying attention. This feature is realized through camera views, color coding, and icons.

“I can see whether you’re bored or not,” Nadav said. “You’re able to see, to measure the engagement. If [the audience] isn’t engaged, it’s not going to fly. In a classroom, you need to have engagement, even a passive engagement.”

Nadav predicts the idea of a hybrid workplace is here to stay, with video chat services proving a remote work option is viable. Kino, he said, equalizes the concept of knocking on someone’s office door and tapping on the glass of their computer monitor. Each action is a different interpretation of the same idea.

Before he launched Kino, Nadav would have said he can not see the future. With the product in use and feedback coming in, tomorrow’s potential innovations are becoming more and more clear.

“I live this technology every day,” he said. “I see the needs.”

The company receives plenty of feedback. Many people preface their comments by saying ‘this may sound silly…’ or ‘you may think this is kinda dumb…’ Those comments, he says, often lead to functional, popular features. Kino’s privacy mode places a heavy, translucent filter over the participant’s image. The blur allows the viewer to see general movements and presence while masking social concerns such as unkempt hair or a messy background.

“It may not mean much,” Nadav said, “but for the student who doesn’t want to be seen but still be present, I feel like it carries tremendous value.”

The social interaction improves the connections, even if there is a filter.

Nadav encourages everyone to use their imagination, whether for social interactions, business solutions, or something else entirely.

“There are two things I find that are debilitating,” he said. “One is the actual fear of imagining it. After you’ve imagined it, you think, ‘Oh, it’s so complicated.’ Just start. Just go. Don’t worry about it. Take a few steps. See what happens. Maybe it’s not that complicated. Even if it’s not going to fly, you get value from it. You learn something.”

“This phone is a piece of art,” Nadav said. “We pay for the design, but everyone is putting a case on it. You’re losing the design. Essentially, I wanted a force field, but I couldn’t have that.”

Not yet, but he is still learning and still imagining. 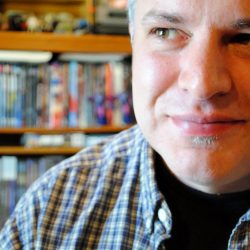 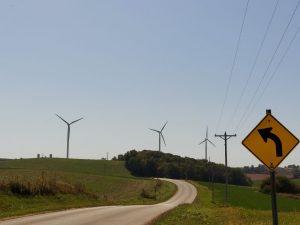 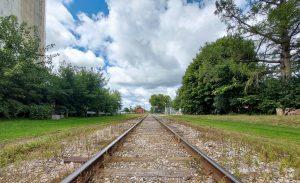