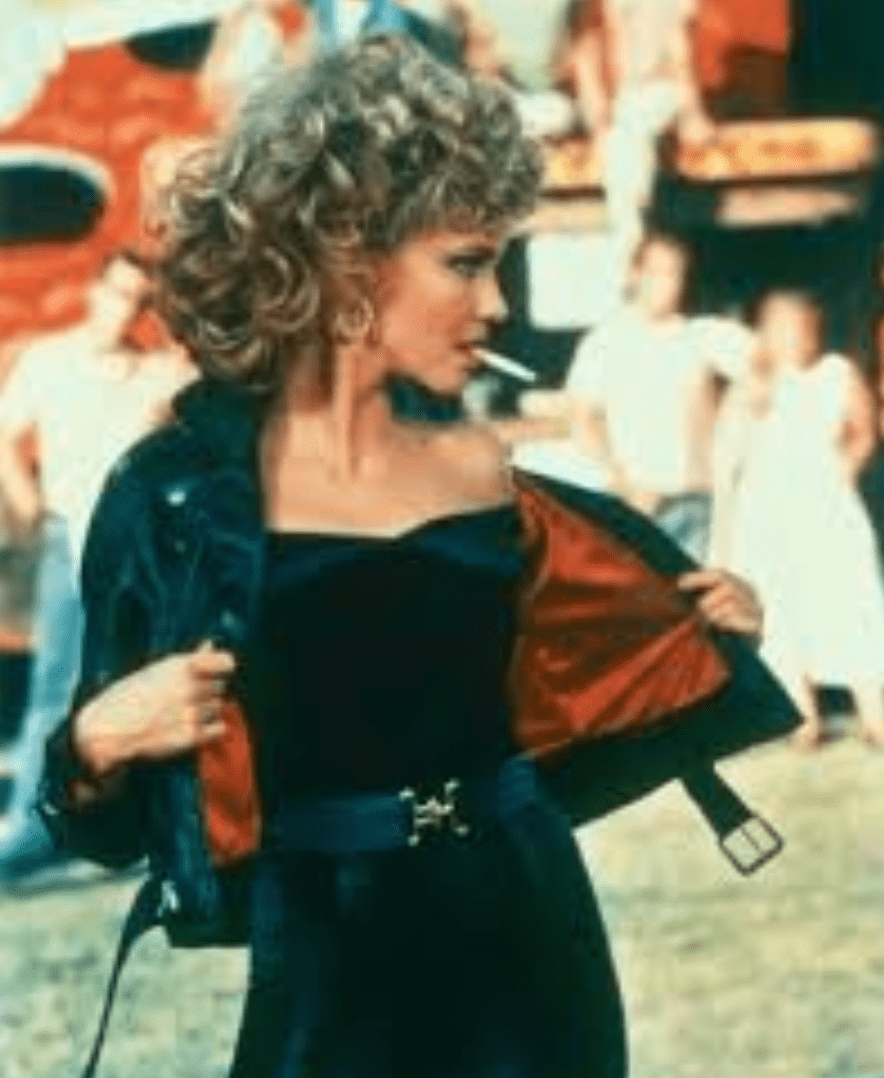 Olivia Newton-John is Auctioning Her Famous Leather Outfit from Grease

One of the most iconic outfits of all time – the leather pants and jacket worn by Olivia Newton-John in that last scene of Grease – is on the auction block this weekend. It’s estimated by Julien’s Auctions in Los Angeles that the outfit will be sold for at least $200,000, with all the proceeds going to Newton-John’s cancer treatment center in Australia.

The outfit features the leather jacket and the pants (which come complete with broken zipper) worn by Newton-John’s character, Sandy, in the movie Grease. The outfit is now iconic to the generations who have watched and loved this movie. It’s the original good-girl-gone-bad look that Sandy dons to impress Danny, the school’s favorite bad boy (John Travolta’s character). The all-black, skin-tight outfit has been a popular Halloween costume, couples costume, and is probably the first fashion statement people think of when they think of Grease.

“The pants have a broken zip and I had to be stitched into them because they were made in the 50s,” Newton-John, 71, told Reuters Television.

The actress recalled getting ready for the scene in 1978, saying that the pants were so tight the zipper broke right away and had to be sewn into the pants before filming “You’re the One that I Want,” which has become one of the best-selling singles of all time.

Newton-John has long been a supporter of cancer charities, announcing earlier this year that she had been diagnosed with breast cancer for the third time. Her first diagnosis was in the early ’90s and since then has become an advocate for cancer research and other health issues.

Her diagnosis didn’t stop her from recording a ton of music over the years, which is often personal and introspective of Newton-John’s life. The British-born Australian-raised actress is also a singer, songwriter, entrepreneur, dancer, and activist.

“I’ve realized over the years, especially when you go through stuff, that stuff isn’t what’s important,” said Newton-John. “It took quite a few months to weed through boxes and storage containers. But it was a fun venture. It just took a lot of time and sorting.”

The movie and the outfit remain ever-popular, with Netflix in talks to produce a new series based on the hit movie.

The leather outfit joins 500 other items Newton-John plans to auction off this Saturday, November 2nd, in Los Angeles. Also up for grabs is a bunch of Grease movie memorabilia, like a script, Sandy’s prom outfit, and even a custom Pink Ladies jacket.

“I’ve had the thought of auctioning the jacket for the last 10 years, and when we started talking about it, the whole world opened up,” the 71-year-old said about deciding to give away her merchandise. “I’d only been thinking about the jacket and pants, but it also occurred to me that, heck, I can’t take this stuff with me. It should go to people who will enjoy it.”

The auction will include items that spanned her carrer, including boots from “Xanadu,” a minidress from her “Physical” music video, and a host of other objects.

She added: “I’ve saved a lot of things over 40 years — not just costumes, but also Vegas outfits and tour outfits, my first saddle and bridle. It’s been a really fun journey putting this all together.”