Oculus Quest has been the accelerant that the VR industry needs. Its biggest challenge so far is fulfilling demand, as it’s continually sold out. Demand exceeding supply is the inverse of what we and most industry watchers have expected for the VR hardware marketplace. Demand is be attributed to Quest’s quality architecture and content library. The former stems from […]

Oculus Quest has been the accelerant that the VR industry needs. Its biggest challenge so far is fulfilling demand, as it’s continually sold out. Demand exceeding supply is the inverse of what we and most industry watchers have expected for the VR hardware marketplace.

Demand is be attributed to Quest’s quality architecture and content library. The former stems from Facebook’s VR investments that yield hardware that’s cheaper than it should be. That flows from a long-term platform strategy that sacrifices near-term margins for long-term market share.

As for the content library, it’s likewise proved to be an adoption driver. One of VR’s challenges over the past few years was a classic chicken & egg dilemma: Not enough content to attract consumer hardware purchases… and not enough in-market hardware to incentivize developers.

That’s been alleviated to some degree by a slow-moving step function that pushes content and adoption forward inch-by-inch. Facebook’s VR commitments have accelerated that, including investing directly in games, as well as full-blown game studios like Beat Games.

Healthier content libraries can also be seen from ARtillery Intelligence’s consumer survey data with Thrive Analytics. In the recently completed fourth wave of research, it’s clear that both quality and quantity of content continue to decline in users’ reported VR “Areas of Improvement”.

The Nintendo of VR

But perhaps a more telling metric goes straight to the source: Oculus Quest Store data. Of course, this only represents a segment of the VR market, but is one that’s prominent and representative, given that Quest accounts for a leading share of consumer VR new device sales.

Specifically, after launching last May with 50 titles, the Quest Store is already up to 170. Upload did some much-appreciated legwork to break down these titles by category and format, finding that 113 are games, 50 are apps and 7 are demo versions of paid apps (see chart below).

The continued growth of this library will be important for a few reasons. One, Quests’ charter is to bring more people into VR. And its content model reflects that. It eschews the wild-west vibe of high-volume libraries like Steam for a less populated but more inviting and curated environment.

As we examined in the aforementioned VR survey and in a recent presentation, this approach is akin to the inviting and cartoonish vibe of the Apple App store. More in the context of gaming, it’s a sort of Nintendo-esque approach, which is also notably demonstrated by market-leader PSVR.

“Oculus seems to be betting that people will be happy with a convenient, lower-powered headset that plays a smaller number of games,” said the Verge’s Adi Robertson. “Sony [PSVR] is making the same play… Oculus could tap into that market with something that’s even more convenient.”

Another factor that jumped out from Upload’s data is the breakdown of paid vs. free titles. This validates our analysis that VR follows the console revenue model where most games are paid. That contrasts AR which follows the mobile gaming model of in-app-purchases, a la Pokemon Go.

But a key question arises if that trend will continue for VR. Admix’ Samuel Huber recently provided an opposing view using historical trends of paid versus free/ad-supported media. He makes a strong case that VR games and content will gravitate towards a free ad-supported model.

In the meantime, the near-term trend to watch is continued growth of VR libraries. Oculus Quest Store is a good proxy for that. Another important x-factor is exit potential to incentivize startups and game studios. There, Facebook continues to signal opportunity through acquisitions.

In addition to quantity, there’s obviously an important need for quality. So for the VR supply/demand flywheel to spin we’ll need to continue seeing blockbusters. If the last 12-months are any indication — a la Beat Saber and Half Life: Alyx — the industry is on the right path. 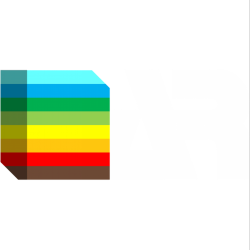