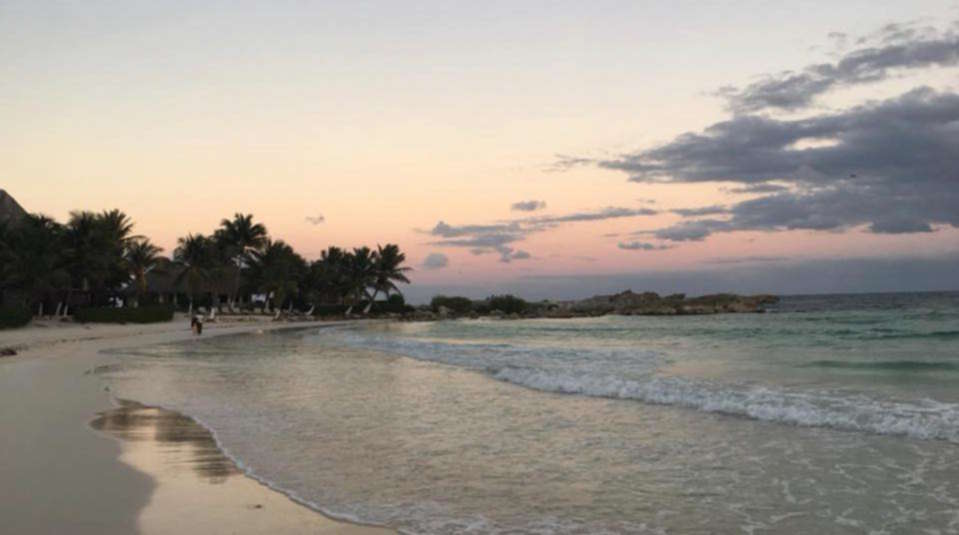 The “ocean economy” was on center stage last month at the World Economic Forum’s annual meeting at Davos — arguably the most important economic conference in the world — this year.

While scientists have been sounding the alarm about climate change for awhile, it seems the world is suddenly taking notice. Perhaps it was last year’s report from the IPCC that laid out a bleak future for humanity if we don’t change our ways, with the alarming reality that we have less than 12 years for humanity to turn the tide.

The “ocean economy” is estimated to account for 3%-5% of global GDP, with assets worth $24 trillion.  Key ocean advocates such as Al Gore, Michelle Bachelet and Marc Benioff addressed the question:

How can we push the blue economy forward while preventing A potential environmental collapse?

In setting the stage, they laid out a bleak and scary reality, our oceans are overheated and we’re putting more plastic into the ocean than the fish we are taking out. Overfishing when combined with warming sea temperatures that cause acidification mean that in just the last 40 years, we have lost over 40% of life that was once in the ocean.

It’s bad. The oceans are what keep humans breathing, one of every two of our breaths we take comes from the ocean.

Yet, even with the bleakest of stats, it is not too late, for all of us to take action and as Benioff puts it “become ocean activists.” The big three problems endangering our oceans are climate change, overfishing, and pollution.

The ocean and atmosphere are tightly coupled when it comes to physics, chemistry and biology as the oceanic CO2 cycle is controlled by ocean circulation, sunlight, and nutrients delivered by the oceanic and atmospheric circulations. The ocean helps us regulate the CO2 in the atmosphere by absorbing it — 25% of CO2 that is released from fossil fuels — and photosynthesis turns it into organic matter.

But the ocean’s capacity to absorb our excess CO2 is rapidly diminishing and this will mean even more ocean warming and acidification which in turn causes coral reefs to bleach and fish to move to colder waters in search of food sources.

Climate change: What can be done?

The answer is so much, and a start is education. Two great beginner resources include Project Drawdown, a book which outlines an extensive list of over 100 solutions to combat climate change, estimation of impact, cost to implement and savings generated as a result.

We have the technologies, but we really have no sense of what it would take to deploy them at scale. Together, let’s figure this out. — Dr. Leon Clark, IPCC 5th Assessment

Listening to the Reversing Climate Change podcast by Nori is another great way to get informed on climate change and solutions. Nori is creating a carbon removal marketplace on blockchain to encourage direct action in the removal of excess carbon dioxide from the atmosphere.

Second, insisting our politicians be held accountable to environmental issues is incredibly important, in the US, we must demand that politicians: 1) Stop taking money from fossil fuel interests and 2) Embrace a Green New Deal, a package of new policies and investments in communities, infrastructure, and technology to move the US to environmental sustainability and economic stability.

One of the bigger waves that came out of Davos came from a 16 year old girl from Sweden, named Greta Thunberg speaking truth bombs to power and holding leaders accountable for not taking the steps necessary to combat climate change. Greta’s Ted talk is certainly worth a listen.

Everyone keeps saying climate change is an existential threat and the most important issue of all, and yet they just carry on like before. — Greta Thunberg

Science shows that humans need half of the planet in natural state to prevent mass extinction. Yet today, more than half of the surface of our oceans are targeted by industrial fishing and the results are stark and depressing. Ninety percent of large fish in the ocean are now gone. Exacerbating the problem, overfishing often goes hand-in-hand with wasteful types of commercial fishing that haul in massive amounts of unwanted fish or other animals, which are then discarded.

Abhorrent fishing practices compound this, from drift nets which catch everything in their wake to the illegal shark fishing trade that is rampant because of the demand for shark fin soup which is decimating the population of these graceful predators. The documentary SharkWater Extinction covers the work of Rob Stewart, a documentarian who dedicated and ultimately lost his life in trying to save them.

We’re making the fundamental mistake in believing ourselves to be somehow separate from nature, we are intimately interlinked with it, and what we do to the natural world hurts us. –– Al Gore

Overfishing: What can be done?

Marine protected areas (or MPAs) are protected areas of seas, oceans, lakes or other large bodies of water. MPAs restrict human activity within them to protect natural and cultural resources. Michelle Bachelet, the first female president of Chile drove an ocean initiative to grow protected areas during her term from 4% to roughly 45% of Chile’s coastline being considered an MPA. Today, 80% of Palau is protected from fishing, 24% of the UK’s waters are within MPAs and there is a global effort underway to protect 30% of the planet by 2030. The results have made significant positive impact to each country’s’ biodiversity.

Mission Blue, a non profit started by legendary diver and marine researcher Sylvia Earle is looking to expand the concept of an MPA to include Hope Spots, which go beyond current (MPAs), and are often areas that need new protection.

With the fourth industrial revolution upon us, we are dealing with the effects of the industrial era before us, that in large part sacrificed the environment for the purpose of advances in innovation and convenience. No one wants a plastic ocean, yet here we are facing a reality that there will be more plastic than fish in the sea within in our lifetimes.

One quarter of the CO2 pollution ends up getting filtered through our oceans. Ocean acidification is the result of that CO2 dissolving into the ocean and changing the ocean’s chemistry, with the water becoming more acidic as its pH drops.

That’s not the only type of pollution contributing to the ocean’s decline, as Benioff noted “plastic has become the nuclear waste of our generation”. Most of the plastic that ends up in the ocean comes from just 10 rivers, with the biggest culprit being the Yangtze which is responsible for an estimated 1.5 million metric tons of garbage flowing into the Yellow Sea.

Pollution: What can be done?

Much pollution is due to poor waste management, a lack of infrastructure and the need to raise public awareness about this important topic. If we can take action to stop the pollution from getting into the ocean at the source, that could make a significant impact. Another big step: apply consumer pressure to the largest plastics manufacturers in the world, such as Honeywell and Dupont to transition to biodegradable plastic.

Addressing the current state of our oceans is imperative to determining strategies for restoration of habitats such as precious coral reefs. One company, Aquatica Submarines which develops manned submersibles offers a unique approach that tackles both mainstream consumer awareness and data collection as a means to address the grave issues the ocean faces.

Its recent expedition into Belize’s Great Blue Hole with celebrity passengers Richard Branson and Fabien Cousteau, was streamed to millions of people who experienced the Great Blue Hole first hand. Using its high resolution sonar equipment mapping, a 3-D digital map of the Great Blue Hole was created with plans to share the data with the scientific community.

Coral Reefs cover less than 1% of the ocean floor, yet they are responsible for nearly 25% of all marine life. Reefs are in trouble around the world but leveraging data to understand ocean chemistry such as salinity, oxygen and other variants and then make it available to scientists, as Aquatica plans, is one way to help accelerate the restoration of our oceans.

Focusing on the three major issues of climate change, overfishing and pollution, we see much work being done to help our oceans get back to health, but the task is monumental and urgent. We all need to make changes to our ways of over consumption and extraction, as well as find more sustainable ways to live our lives.

Innovation as a Remedy

According to Benioff  “Innovation is one way out of this”, it is a critical part of our next generation action to save the oceans and he is putting some skin in the game. Perhaps the most exciting news to come out of Davos was the announcement from the Benioff Ocean Initiative to commit $1.5 million to the Sustainable Oceans Alliance to help fund innovative startups saving our oceans. The SOA led by Daniela Fernandez is an accelerator with a bold vision to create 100 new startups by 2021 to help heal the ocean. Ocean SOS is another organization dedicated to bringing innovative solutions to market through its events and ocean-tech accelerator.

By creating new business opportunities that fuel a new sustainable circular blue economy, we can continue to iterate on these technologies, create economies of scale and create mass popular awareness about the need for action in the name of our oceans.

You can watch the full session here.