Meet 28-year-old Nour Chamoun, who was recently named to Forbes’ 30-Under-30 Media 2020 list for her her achievement in helping to humanize how we share our stories through “a thousand words.” Remember the old English adage, “a picture is worth a thousand words?” In today’s digital age, that couldn’t be more true with the images […]

Meet 28-year-old Nour Chamoun, who was recently named to Forbes’ 30-Under-30 Media 2020 list for her her achievement in helping to humanize how we share our stories through “a thousand words.”

Remember the old English adage, “a picture is worth a thousand words?” In today’s digital age, that couldn’t be more true with the images we see, whether we are referring to content on social media platforms such as Instagram, or even graphic designers showcasing their work.

For Scopio’s co-founders, Chamoun and Christina Hawatmeh, they wanted to minimize the stress that the everyday photographer, graphic designer, and/or member of the media encounters when looking for their “perfect image.” But why?

The problem in most cases is that you don’t have the “legal right” or “authorization” to the images you really want, being forced to look to the Creative Commons for stock images (royalty-free) graphics.

Scopio, operates as the “Netflix of Stock Images,” which aims to humanize your story and share that with others. Comprised of a team of creatives, ranging from machine-learning experts to content-licensing professionals, Scopio’s mission is to connect the world through visual storytelling, even managing partnerships with businesses such as Adobe and Instagram.

Grit Daily spoke with Chamoun and learned quite a bit about her journey before Scopio, which was centered around Tarkeeb, a platform Chamoun built as part of her thesis in grad school.

“Wow! It feels like a past life,” she began to explain. “For my thesis in grad school, I built Tarkeeb, a platform for Arab designers to share and promote their typography projects like fonts, logos, and lettering.”

As a designer herself, Chamoun felt “frustrated with the Latin script dominating the internet experience,” which ultimately led to her inspiration for Tarkeeb.

Grit Daily: What was most frustrating about the ways in which Latin script was being utilized?

Nour Chamoun: Designers have a limited variety of Arabic web fonts and resources to design digital products, like websites and apps for the millions of Arabic speaking users. So, I wanted to create something to aid the advancement of Arabic online communication.

GD: As CES 2020 is rapidly approaching, consumers are looking forward to the latest in wearable tech. You actually created a bike jacket designed to improve the safety of cyclists in New York. Spill the beans!

NC: In addition to Tarkeeb, I also learned physical computing at one point, so thought it would be cool to create a wearable tech bike jacket, now known as BikeSafe, to improve the safety of cyclists in cities like New York. I used to bike a lot at night and realized how unsafe the streets were for cyclists. The jacket had sensors on both arms that would activate right and left light signals on the backside when different gestures were made. It was a prototype, so it didn’t go anywhere.

It’s the Netflix for Royalty-Free Images

Whether you are a graphic designer or photographer, stock images are essential when it comes to building your own website or putting together your portfolio.

Chamoun’s latest project is Scopio, alongside co-founder, Christina Hawatmeh, which offers a trove of HD, royalty-free images that you can use for websites, powerpoint presentations, social media, ads, and more.

GD: How did you come up with the name and design for “Scopio?”

NC: “Scopio” stands for “Scope it out”, tying the word “to scope” with the visual reference of scoping.

The logo is inspired by the optics of a camera lens or eye. It is abstracted to give the viewer a sense of looking into a world. The intention of the logo is to peer into a new world or gain a new perspective.

My co-founder, Christina Hawatmeh, and I came up with the name after going through close to 50 options one late night at Columbia University where Christina did her grad school.

GD: For those unfamiliar with the term, what is “stock photography?”

NC: Stock photography are the images that we see everywhere online, in print, in billboards, and the like. They are photos sold under specific license types depending upon where and how they’re used.

If you’re a business, an organization, or a media outlet and you need a photo but can’t produce one yourself, you’re buying a stock photo. Although, they have developed quite a reputation for themselves for being inauthentic and cheesy.

GD: There’s no question that the market is extremely saturated. Why wade into such a crowded market?

NC: Stock photography was made for an era of print magazines with staged photo shoots and models that represent a small segment of the world’s population. This has created a culture of American-Eurocentric white heteronormativity represented in mainstream visuals all around us.

But this single narrative doesn’t represent the billions of images that millions of people produce every year. Our vision is to be the platform to make these high quality images accessible to the rest of the web so they can power human centered storytelling. The world is diverse, and we want to be the largest library of authentic images that photographers everywhere can contribute to.

GD: So let’s dive into the platform. What do photographers actually make, on average, from your offerings?

NC: The most we have ever sold an image for is $1,000, and photographers get paid from individual sales or subscription sales, so it ranges.

Essentially, a photographer with 300 photos can make $100 or more a month right now, and there are more opportunities we have for our best artists.

GD: Expanding on that, what is the percentage that goes to photographers?

NC: Photographers get 20% of each download, which ranges depending on if it’s sold through our marketplace, subscription or partners. The images are sold non-exclusively so we maximize sales per image.

What Can We Expect Next?

As for what’s next on Chamoun’s plate, she informed us that she and her co-founder are currently developing a portal for photographers to see their most downloaded images and payments, as well as a freelance community for the platform’s photographers.

GD: Why create such an ecosystem?

NC: This will allow them to increase their earnings and curate their collections.

“We’re very excited about solidifying our relationship with the community giving them the resources they need to improve their photography skills and connecting them to each other.” 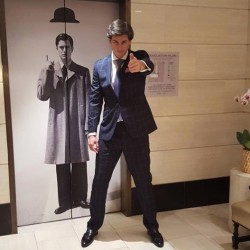