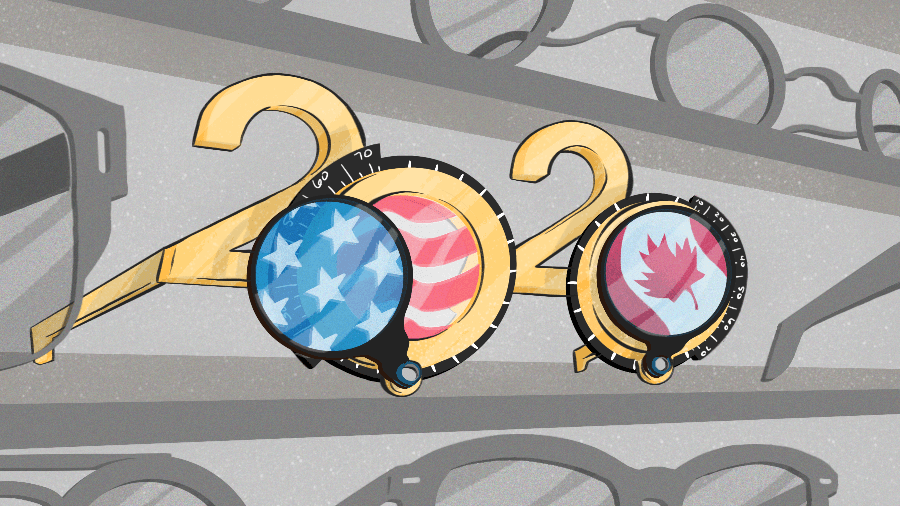 North American Venture Funding Was Below Peak In Q4, But 2019 Totals Are Still Near Highs

Things may be trending down very mildly in startup-land from highs hit in recent quarters, but compared to historical norms we’re still in very spendy territory. That’s the broad finding from preliminary North American venture capital funding data for Q4 of 2019. The quarter delivers a slight downer of an ending to a bullish year for startup investment, with funding totals for all of 2019 forecast to come in a bit above year-ago levels.

Altogether, startup backers invested $31.6 billion across all stages in the fourth quarter, down slightly from the prior quarter and well below year-ago levels. For all of 2019, meanwhile, Crunchbase projects that investors put roughly $132 billion to work across all stages, relatively flat with the prior year.

As usual, a handful of gigantic rounds boosted investment totals and a few really big exits juiced returns. Below, we look at numbers and key deals in more detail, breaking down investment totals by stage, highlighting largest rounds and tallying up IPOs and acquisitions.

Let’s start by looking at the fourth-quarter totals. As we noted previously, this wasn’t a record-setting quarter by any measure. In fact, projected investment across all stages is on track to hit the lowest point in five quarters.

We lay out totals for each of the past five quarters in the chart below.

Round counts, meanwhile, look fairly flat for Q4. We lay out projected totals for the past five quarters in the chart below.

Next, we’ll take a look at stage-by-stage performance for Q4, starting with late stage.

Let us begin by noting that the quarter began on a somewhat down note. The WeWork IPO debacle of late Q3 had raised skepticism about the popular practice of writing enormous checks to ambitious, money-losing companies in sectors with tight margins. Some were forecasting the imminent arrival of “startup winter.”

Looking at the projected late-stage funding totals for Q4, however, it looks more like a moderate cooling than a deep freeze. Crunchbase projects that just over $16 billion will go into late-stage venture rounds (Series C and beyond) for North American companies in Q4. That’s down about a billion dollars from Q3 and the lowest level for the past five quarters. However, by historical standards, it’s still quite high.

Round counts, meanwhile, held pretty steady. We chart out late-stage investment totals and round counts for the past five quarters in more detail below.

Technology growth, the most volatile category we track, held up pretty well in Q4. An estimated 29 technology growth deals closed in the quarter, bringing in around $1.6 billion. That puts Q4 in the middle of the pack for the past five quarters, by both investment totals and round counts, as illustrated in the chart below.

The technology growth category commonly includes companies that are quite mature by startup standards, along with the largest average round sizes of any category. Standouts for Q4 include $270 million for payment tech provider Nuvei and $175 million for search analytics platform Coveo, both out of Canada.

Early-stage investment rose quarter-over-quarter in Q4, per Crunchbase projections, but it’s still at the second-lowest point in the past five quarters, indicating funding levels have passed their peak.

Altogether, investors put an estimated $11.85 billion into early-stage (Series A and B) rounds in Q4, per projections. Round counts, meanwhile, are forecast to total just over 1,000, which is neither particularly high nor low compared to other recent tallies.

For perspective, we charted out both investment totals and round counts for the past five quarters below.

One could make the case that Q4 early-stage totals are a bit over-inflated due to the frequency of really large Series A and B rounds going to more mature companies that bootstrapped before raising venture capital. This includes enterprise software provider Automation Anywhere, founded in 2003, which raised a $290 million Series B, and password management platform 1Password, founded in 2005, which closed a $200 million Series A.

Seed-stage investment held up at high levels in Q4. Crunchbase projects Q4 investment of around $2 billion, the highest total in the past five quarters.

One caveat: Seed stage is where we rely most heavily on projected rather than reported data, because rounds at this stage are commonly disclosed a few weeks or months after they actually close. So keep in mind, a big chunk of the total is deals we think will be added to the database but aren’t there yet.

So enough about investors putting money into the next big thing. How did they perform when it comes to generating actual returns?

As quarters go, Q4 of 2019 was not particularly terrible, nor was it especially great. The IPO window was open, but not that thrilling. M&A activity wasn’t exactly red-hot either.

First, IPOs. As mentioned, it was not a big quarter for blockbuster tech offerings.

In all, 16 venture-backed North American companies went public in Q4, per Crunchbase data (see list). However, there were no “decacorn” IPOs in the mix, and not much unicorn activity either.

That said, a few cinched valuations well over a billion dollars. Standouts include payment tech provider Bill.com, which ended the year with a market cap around $2.6 billion, and fertility benefits manager Progyny, which saw especially strong aftermarket performance. On the biotech side, meanwhile, larger offerings included Viela Bio, a developer of treatments for autoimmune diseases, and Vir Biotechnology, which targets infectious diseases.

In Q4, as usual, the number of acquisitions of venture-backed, private companies exceeded the number of IPOs. However, putting a dollar figure on the M&A totals is difficult as most are for undisclosed sums.

Nonetheless, a few deals did have reported price tags, including some big ones. The largest known deal of the quarter was PayPal’s $4 billion acquisition of Honey, an app for finding online discounts. Other large deals included Shape Security, a provider of anti-fraud tools acquired by F5 Networks for $1 billion, and Scout RFP, a digital procurement platform purchased by Workday for $540 million.

Overall, it wasn’t a blowout quarter for venture-backed M&A, but it wasn’t unusually slow. Also noteworthy was the propensity for larger M&A deals involving public companies that were formerly venture-backed, including Google’s $2.1 billion purchase of Fitbit.

For 2019, we didn’t see a big shift in the ranks of most active investors. As usual, a handful of established, name-brand VC firms and accelerators topped the lists, which we charted below.

First, we look at most active lead investors across all stages:

Next, most active seed investors:

And finally, these are the most active late-stage investors for Q4:

And with that, we wrap up our Q4 section and turn to the 2019 year-in-review.

2019: Startup Investors Delivered Another Blowout Year To End The Decade

While 2019 didn’t end with a bang, it was nonetheless a blowout year for North American startup investment.

Round counts held up as well, falling just a wee bit short of 2018’s high point for the decade. For all of 2019, Crunchbase projects just shy of 13,000 funding rounds across all stages.

For 2019, we’re not seeing a dramatic shift into or away from a particular investment stage. Late stage dealmaking looks down a bit from 2018, but was too incremental to qualify as a trend. Likewise, seed-stage is up some, but also not an enormous rise.

With 2019 now in the rearview mirror, it’s fair to say it’s yet another year in which the startup bull market chugged along.

It was a big year for unicorn exits, with offerings from Uber, Lyft, Slack, Pinterest and Zoom all closing out 2019 with market capitalizations above $10 billion. While many of these newly public unicorns did not achieve the public valuations private investors hoped for, they weren’t disasters either.

On the funding side, things have certainly rebounded robustly from the slowdown seen during the financial crisis and are now at record-setting levels. Keep in mind, however, that funding increases are due in part to some shifts in the startup asset class, including the rise of unicorn herds, the propensity of high-valuation private companies to delay IPOs and the increase in investors willing to back supergiant rounds of $100 million or more.

There were some enormous funding rounds in 2019 as well, including $1 billion for freight platform Flexport, and $940 million for robotic vehicle developer Nuro. Altogether, a staggering 200 North American companies closed funding rounds of $100 million or more this past year, per Crunchbase data. That’s up from 158 in 2018.

So, overall, the numbers are still bullish, but in other ways things are looking more bearish. Particularly concerning are reports of multiple SoftBank portfolio companies cutting staff. Since SoftBank and its Vision Fund in many ways prompted the rise of huge funding rounds for money-losing unproven startups, weakness in its portfolio could have a ripple effect.

But so far, 2020 is off to a brisk funding start as well, and big rounds keep piling up. Let’s hope it ends well.

There is often a delay between when a venture capital deal is closed and when it’s publicly reported and captured by Crunchbase. Accordingly, Crunchbase compensates for this pattern of delays by scaling reported (e.g. currently known and recorded in Crunchbase) data up in proportion to historical patterns of undercounting and late reporting.

For reporting purposes, Crunchbase aggregates its funding data into “stages,” reflecting the different phases of private company development. Rounds are classified by stage according to the following sets of rules.

Note: Fundings denoted by Crunchbase as corporate rounds are not included in Crunchbase stage classification metrics and therefore do not get included in annual and quarterly startup investment totals. In some instances, this will impact totals to a significant degree.

The article North American Venture Funding Was Below Peak In Q4, But 2019 Totals Are Still Near Highs by Joana Glasner first appeared on Crunchbase News.