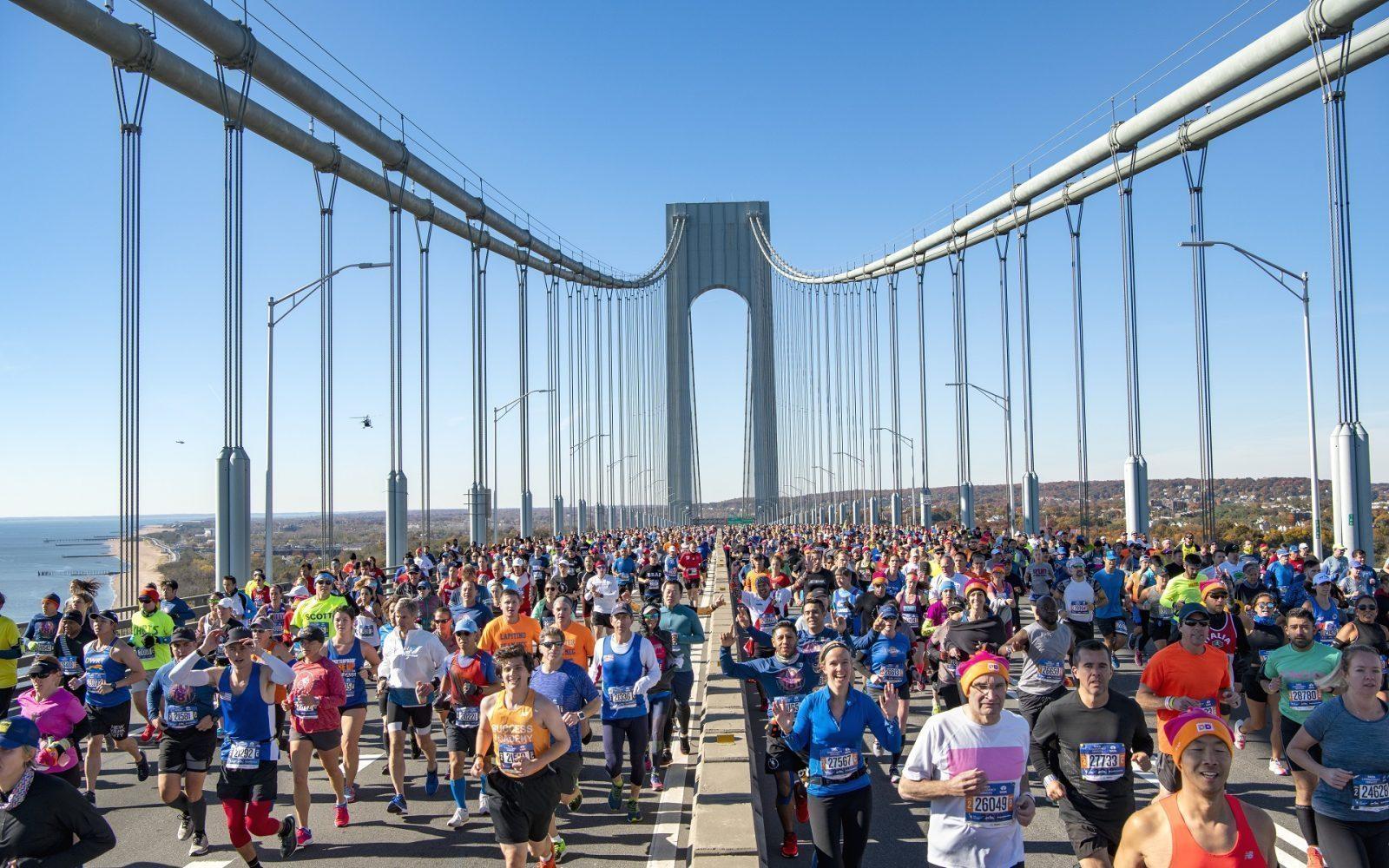 NYC Marathon 2019: Here is What You Missed

By Jennifer Matthews ON November 3, 2019

The 49th annual New York City Marathon did not disappoint. More than 50,000 runners from around the world ran, making their way from Staten Island through all five boroughs before crossing the finish line at Central Park. The marathon, however, had some twists and turns that made it all worth watching.

Joyciline Jepkosgei of Kenya won the women’s race in ideal long-distance running conditions, denying Mary Keitany, also of Kenya, her a fifth title. Jepkosgei completed the 26.2-mile race in 2 hours 22 minutes 38 seconds. “I knew Mary had more experience in [a] marathon, so I was trying to push,” Jepkosgei said. She added that she was looking back during the last few miles to see if her opponent would catch up. Jepkosgei, who holds world records in the half marathon and road 10K — and won the New York City Half Marathon in March competed in her first full event. She is the youngest women’s marathon champion since 2001, the first woman to win in her debut since Tegla Loroupe of Kenya in 1994, and posted the fastest debut finish by a woman in New York City Marathon history.

On the men’s side, Geoffrey Kamworor of Kenya won his second men’s title in three years at the New York City Marathon. Kamworor crossed the finish in Central Park at 2 hours, 8 minutes 13 seconds. “About 24 miles, I saw I was able to go, and I was feeling strong,” Kamworor said. “That’s when I decided to pull away.” He pulled away from countryman Albert Korir in the 24th mile. Korir finished second, and Ethiopian non-elite runner Girma Bekele Gebre was third.

Nobody loses in a marathon, but runners do drop out of the race. Reigning men’s champion Lelisa Desisa dropped out of the New York City Marathon after completing seven miles, possibly hurting following a grueling victory at the world championships last month. Desisa, who is from Ethiopia, was in 17th place at the seven-mile mark before leaving the course. Despite nine major race starts this year, including two other marathons, Sara Hall lined up for the New York City Marathon ready to compete. For eight miles, Hall lead a pack of runners until Desiree Linden took off 10 miles in and started to break up the field. The trio of Ruti Aga, Mary Keitany, and Joyciline Jepkosgei later passed Linden past the half-marathon point. The 36-year-old eventually dropped from the race at mile 18. She was a prerace favorite for a top American spot despite an unusual buildup. Just five weeks ago, she set a four-minute personal best of 2 hours 22 minutes 16 seconds to place fifth at the Berlin Marathon.

What is a marathon without celebrities? Remember when Sean “P.Diddy” Combs made his epic debut in the 2003 MYC Marathon? “Orange Is the New Black” actor Uzo Aduba ran for the second time in support of Stand Up to Cancer. Aduba is a passionate runner and ran the Boston Marathon in 2015. Luke Kirby from “The Deuce” and “The Marvelous Mrs. Maisel” made his debut in the race, running in support of Arts in the Armed Forces. Among other celebrities that ran in the NYC Marathon included former New York Giants running back Tiki Barber, who was running his sixth straight NYC Marathon in support of NYRR Team For Kids. The co-host of ABC’s “Good Morning America” co-host Amy Robach also ran in support of the NYRR Team for Kids. “Bachelorette” heartthrob Tyler Cameron also laced up his running shoes for the world’s largest marathon.

A few of the top American marathoners hope the race serves as good practice for the U.S. Olympic team trials in February. It’s a group that includes the 2016 Olympian Jared Ward on the men’s side and Sara Hall, Kellyn Taylor and Desiree Linden among the women.