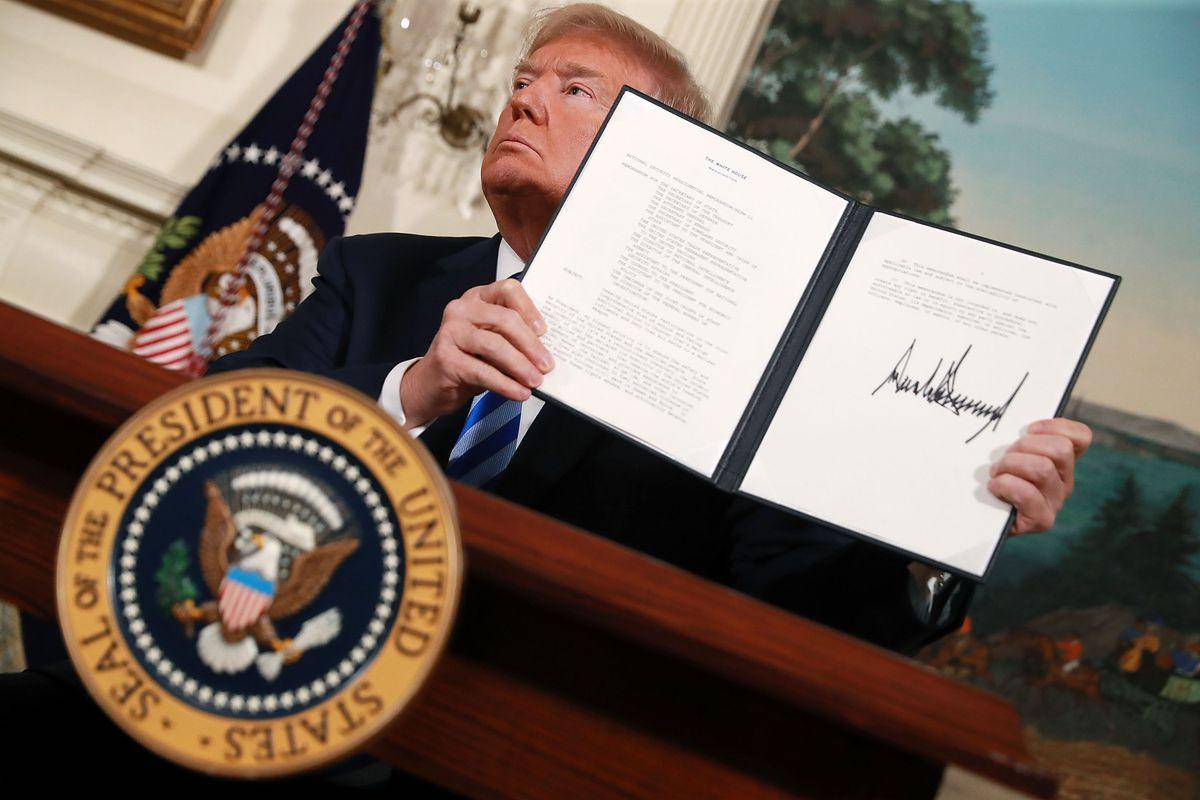 On October 8th, the United States imposed sweeping sanctions against Iran. The Treasury Department issued a press release stating it sanctioned 16 banks “for operating in Iran’s financial sector,” one for being affiliated with the Iranian military, and another “for being owned or controlled by a sanctioned Iranian bank.” These new sanctions offer penalties to any financial institution for doing business with Iranian banks after a 45-day grace period. This move will effectively block Iran’s access to the international financial system. The Trump Administration’s belligerent actions will have severe humanitarian consequences in Iran.

Sanctions Are A Continuation of Maximum Pressure

Secretary of State Mike Pompeo, former CIA Director and war hawk noted these sanctions “are directed at the regime and its corrupt officials that have used the wealth of Iranian people to fuel a radical, revolutionary cause that has brought untold suffering across the Middle East and beyond.” Britain, France, and Germany worry these new sanctions will deter any international business or agency from engaging with Iran which will result in a desperate humanitarian crisis–on top of an already severe pandemic. Last year alone, Iran imported $3.5 billion of grain and $1 billion of medical goods.

These new actions are a further step in the Trump Administration’s “maximum pressure campaign” against Iran. Following the United States’ unilateral decision to leave JCPOA, the landmark Iranian nuclear agreement signed by President Barrack Obama. The agreement brought together the international community to monitor and control Iranian nuclear proliferation. It was the only global framework for limiting Iran’s proliferation of nuclear weapons.

The Trump Administration is now seeking to impose “snapback” sanctions on Iran–a mechanism allotted only for members of the nuclear deal. Both actions have faced outspoken criticism from the international community, as 13 of the 15 UN Security Council members do not support the snapback proposal.

Early this year, the United States carried out an assassination in Iraq, killing an Iranian major general, Qasem Solemani, an Iraqi deputy commander, and 8 others. Solemani had been leading the fight against ISIS, making his assassination more of a win for the terrorists we purport to be against than for the United States itself. Additionally, recent “peace deals” between Israel and the UAE and Bahrain appear based more on a military unification against Iran than resolving any conflict between the three nations. Lastly, on top of the above-mentioned geopolitics Iran finds itself in, the significant drop in oil prices has expanded the devastation facing Iran–whose oil revenues account for almost a fifth of their GDP even with crushing sanctions.

The Washington Post reported that the recent sanctions by the Trump Administration were “pushed by Israeli officials and the Foundation for Defense of Democracies, a hawkish U.S. nonprofit organization that has advocated regime change in Iran.”

Israel’s top official, Prime Minister Benjamin Netanyahu, sought to undermine the Obama Administration’s decision in 2015 to pursue the JCPCOA. Netanyahu made a speech to a joint session of Congress against the deal and instead, pushed for sanctions on Iran and a serious change in Middle East policy. This controversial move by the Prime Minister was in line with his previous and continued warmongering rhetoric against Iran. Netanyahu has made it his modus operandi to present theatrical exposes of Iran’s growing nuclear program, which is viewed as a direct threat to Israeli national security. Nuclear proliferation experts believe Israel has upwards of 100 nuclear warheads.

The Foundation for Defense of Democracies (FDD) has been labeled a “pro-Israel, neoconservative think tank.” With annual revenues exceeding $10 million, the tax-exempt nonprofit steadily publishes hardline rhetoric and lobbies Washington officials. FDD has received generous contributions from casino magnate Sheldon Adelson, as well as Bernard Marcus, co-founder of Home Depot–both of whom have donated substantially to the Zionist Organization of America and Christians United for Israel.

Beham Ben Taleblu, a senior fellow at FDD said the following, “Targeting Iran’s financial sector is the next logical step for an administration which has significantly driven down Iranian oil revenues and sanctioned sectors supporting Iran’s missile, nuclear, and military programs.”

A Return to Diplomacy With Iran Is Critical

FDD has lobbied heavily against the JCPOA which appears antithetical to its expressed mission of, “strengthening U.S. national security and reducing or eliminating threats posed by adversaries and enemies of the United States and other free nations.” Two years after the United States unilaterally left the JPCOA, it is reported that Iran is “manifestly closer to being able to produce a nuclear weapon.” This begs the question, is the objective of these lobbying efforts to promote global security and limit Iranian nuclear efforts or to suffocate a historic civilization and enact a policy of regime change instead?

Whatever the reasoning may be, it is clear that these sanctions will have devastating consequences for the already suffering Iranian population. With Iranian presidential elections approaching and anti-American sentiments institutionalized, many fear a hardline president may assume office–solidifying a shift in Iran’s approach to the West. With that said, we must find alternative solutions that bring together people of different faiths, ideologies, and world views if we are to succeed in a multi-polar 21st century.