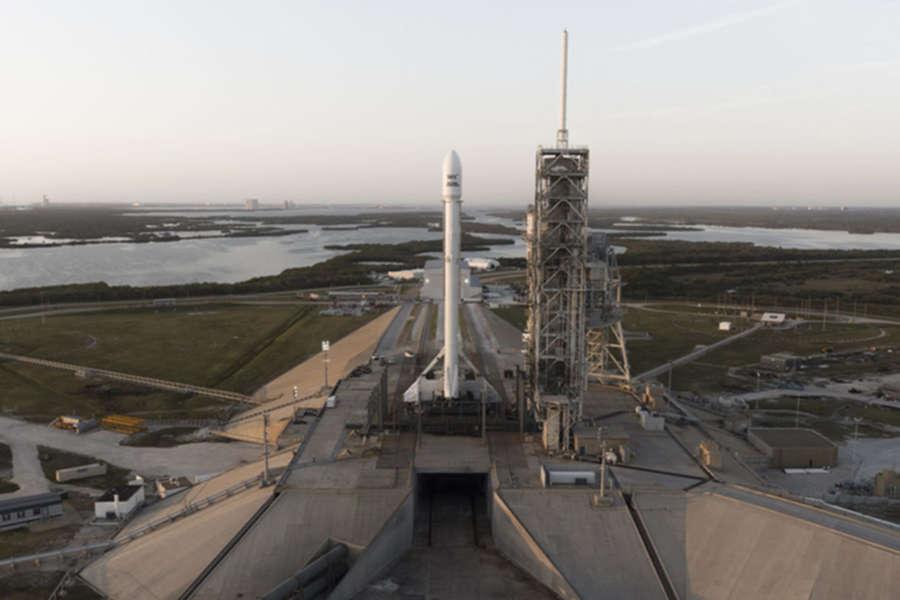 Tell your kids: These new professions are hiring big time

Many of the highest paying professions are entertainment-related.

Professional athletes and actors make big money, and those professions seem a lot more accessible to many young people than say, a computer analyst or someone working in the space industry. Last year, “The Rock” Dwayne Johnson made $119 million. Lebron made $88.5 million. Floyd Mayweather made $275 million. Even if kids in school think they may be the next Lebron, the reality is that the available slots for pro ballers is capped at 494. And the available slot for Lebron is already taken.

The good news is there are some relatively new professions that are wide open. These are high paying gigs. If you’re good, you can write your own ticket. If you have kids in school, these career paths are can’t-miss opportunities. For those of you who are Starbucks baristas or stuck in middle management hell, one of these may be just the ticket.

Estimates place the number of unfilled cyber security jobs at well over a million. That number is expected to grow, as cyber criminals operate in places like the Ukraine, Russia and China in professional office settings, unfettered (and often encouraged) by their governments. A security friend of mine told me he visited a large office park in Russia that was full of cyber criminals. They worked a nine-to-five day, and had full benefits including dental. Cyber-crime is a growth industry in these countries. Fortunately, cyber security is too. Cyber security professionals make an average salary of $116,000 per year, nearly three times the national median income for full-time employees, according to the Bureau of Labor Statistics.

There are an estimated 100,000 drone-related jobs that will be added to the economy over the next few years. Drone-related careers are expanding for UAV (Unmanned Aerial Vehicle) operators, pilots, and engineers for all levels of experience. Positions will include remote pilots, drone building and maintenance, and training. Drone delivery is poised to explode. Amazon’s Prime Air and Google Wing Aviation will soon be as common as Uber or Lyft. Wake Medical in Raleigh has partnered with UPS to deliver medical supplies. Soon, every hospital in America will follow. To learn more about the drone industry, start here.

Three in five technical jobs are related to data analysis, and they pay superior salaries. The median salary for Data Architects is $122,000, Data Managers earn a median salary of $109,000 and Data Engineers earn a median salary of $105,000. And the future looks bright. By 2020, the number of jobs for all U.S. data professionals will increase by 364,000 openings to 2,720,000. Data science skills are the most challenging to recruit for and create massive headaches for companies if not filled. Translation: They need you.

Previously, industrial robots were used almost exclusively for large assembly. By 2017, orders for large industrial robots in North America companies topped 27,000 and sold for $1.4 billion. The next wave of industrial robots will be small robots, called cobots, that work side by side with their human counterparts. By 2021, the cobot market is expected to grow to 150,000 units at a cost of $2 billion.

Robots aren’t limited to industrial applications. Robots are finding their way into education as surrogate teachers and are especially helpful for special needs learners and children on the autism spectrum. Home companion robots are the biggest “new thing” right now in Japan. Don’t be surprised if they soon flood the European and North American markets.

Robotics engineers are required to have at least bachelor’s degrees for entry-level jobs in the field. Normally, they have degrees in mechanical engineering or related engineering specialties, although degrees in physical science and mathematics are also possible pathways into the robotics field.

Zip Recruiter currently has 82,107 space-industry jobs. New sites like spacejobs.us are springing up left and right. Between defense contractors, NASA, companies vying for commercial space tourism, medical research and near space earth transportation, the need for workers in the space industry is exploding.

According to our friends at the Bureau of Labor Statistics, “Among the most essential skills workers need for any space exploration project is the ability to work well as part of a team. Interpersonal skills are crucial for sharing discoveries and ideas—including those from people other than colleagues. Workers in space exploration also should be curious, adaptable, and diligent. And they must be able to work well under pressure.

For example, a mission’s success might depend on completely redesigning a machine component. Engineers and engineering technicians must be able to set aside their frustration with the failed design and solve problems quickly, in order to come up with an alternative.”

What is cool anyway?

Granted, it would be cool to be Lebron and own the court, or The Rock and raise an eyebrow or Floyd Mayweather and… well, maybe not Mayweather. I’m not sure getting punched in the face is cool. And $275 million won’t buy what it used to.

But seriously, how cool would it be to work for SpaceX and create near-earth transportation or colonize mars? “What did you do at work today dear?” “I helped colonize mars.” Or create the next generation of robots to help autistic children communicate with their peers? Or be a drone pilot? Or stop cyber criminals in their tracks? And the difference is, there are millions of job openings in these fields. And millions more to come. And many pay six figures to start.

How cool is that?