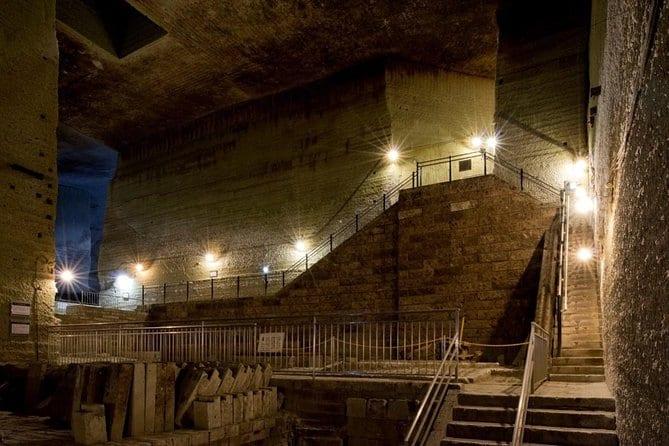 Art and music promoters REITEN are pushing the boundaries of sonic and visual experiences with the addition of their latest event, Ensō. The new music festival will be hosted in Japan’s Ōya History Museum, a 400-year-old retired underground stone quarry. The first edition of Ensō is set to take place on April 10 and April 11, 2020.

Found in the northwestern region of Utsumomiya just north of Tokyo, the enormous human-made caverns date back to the Edo Period. Over 4 centuries ago, miners highly-sought-after the Ōya stone for architectural reasons, due to its attractive appearance, noise-absorbing properties, and easily carvable texture. One of the most prominent instances where Ōya stone can be seen today is in Frank Lloyd Wright’s Imperial Hotel in Tokyo.

Today, the retired quarry is now used as a culture center. Aside from its historical exhibits, the mine has also become a destination for event-hosting. Headed by visionary Kosei Fukuda, REITEN considers the venue a one-of-a-kind place to take visual arts to the next level.

Ensō will be divided into two stages, which will host a plethora of Japanese DJs and international performing artists. The mainstage, also called the “Underground Stage,” will embody the message of REITEN, focusing exclusively on experimental, forward-thinking live performances. For electronic fans, the “Cave Listening Stage” is set to host acts representing the club and rave scene.

The first round of the lineup has been announced and includes performances from artists like ENA, Lemna, Akey, Yoshitaka Shirakura, and more. Additional artists will be announced in the next upcoming months.

Tickets for Ensō are currently on sale starting at 14,080 JPY (approximately $128 USD). The event is age-restricted to 20+. For all additional information and ticketing options, visit here.