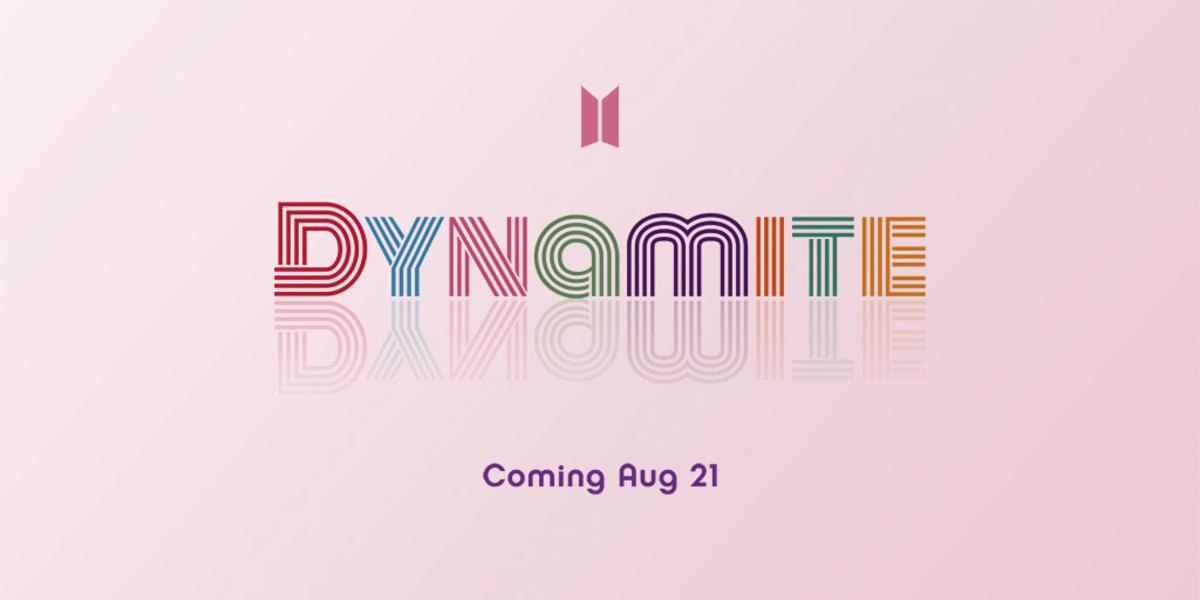 A New BTS Single is Coming Later This Month

Last week, the members of BTS announced that a new album is on the way and that a new single will drop in late August. As of yesterday, we now know the name of the song: “Dynamite.”

How BTS Announced the News

Usually when it comes to promoting a K-Pop group’s new music, the company does the main work. However, in recent months, ARMY have noticed that BTS are taking matters into their own hands.

Near the beginning of the COVID-19 pandemic, and while everyone stayed home, the group began live-streaming on YouTube; this was a shift as they usually do the majority of their live-streaming on the South Korean live video streaming app, V LIVE. As seen through the several videos, the members took on different managerial roles to prepare; they have been working together to figure out their conceptual theme, as well as what musical style they would like to do. Seeing BTS take charge this time around definitely makes this feel a bit more special; with everything that is going on in the world, it looks like they truly want this release to be great for ARMYs.

Towards the end of their voice-only livestream last Sunday, BTS revealed that a new album will come during the second half of the year; RM previously mentioned that the group began working on new music during his YouTube live-stream in April. They also let fans know that a new, digital single—which previously went unnamed—will come out on August 21.

The members said that the single serves as BTS’s first, fully English-language song. RM and Suga said that while this is something new for them, they want to release it for their fans as soon as possible.

“When we first heard and recorded the song, we were energized and our spirits were lifted up. Due to COVID-19, people around the world have been going through tough times and we wanted to share some positive energy with our fans.”

Jin also stated that they are not sure if this single will be part of the album release, but whichever way they decide to go with it, ARMYs are excited for new music.

Yesterday, Big Hit Entertainment unveiled “Dynamite” as the title for their highly-anticipated single. The photo reveal shows the title in a colorful, retro-like font.

The BTS Weverse Shop announced that special merchandise for “Dynamite” will be up for pre-order beginning on August 21. Furthermore, limited edition “Dynamite” cassette tapes and vinyls (now sold out) went up for sale this morning to help promote the single, which excited several fans.

Additionally, Columbia Records—BTS’s U.S. record label—has created a countdown list that leads up to the song’s release on the 21st. It includes several countdowns for specific days, with the next one set to hit zero at 11AM EST/8AM PST tomorrow morning; last week, we received a Spotify pre-save link and today was the limited edition vinyl and cassette drop.

“Dynamite’s” release definitely differs from their previous song drops and promotions, but regardless, myself and other ARMYs are excited to see and listen to what BTS has in store for us.