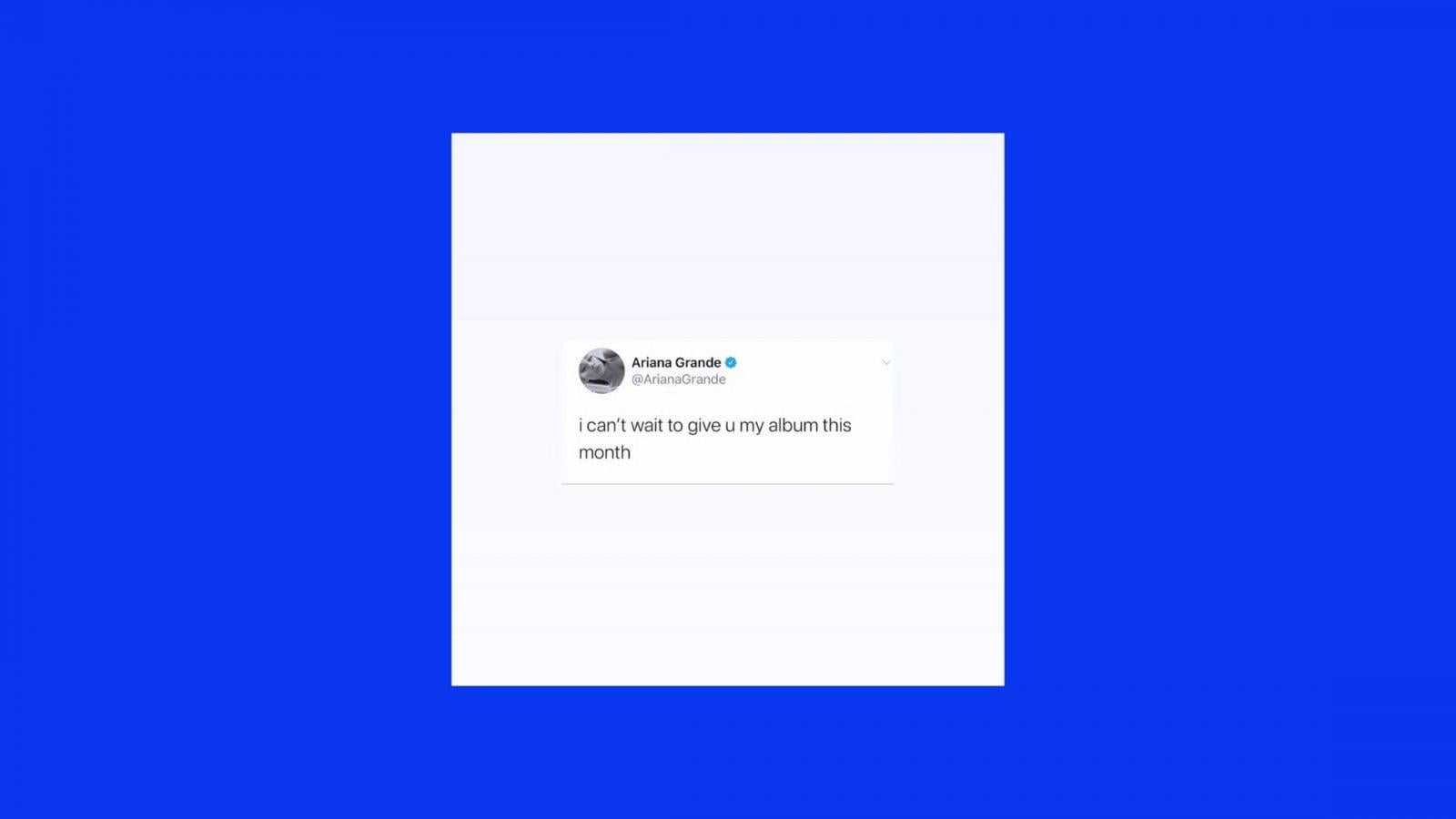 Ariana Grande posted a surprise Tweet—and again on her Instagram—on Wednesday morning to announce the October Surprise: we’re getting a new album. Grande has been fairly quiet since wrapping her “Thank U Next/Sweetener” tour last year in promotion of the two albums she put out in 2018 and 2019. The tour had three legs and over nine months. Since then, fans of the pop star have only seen a collaboration here and there—including a collaboration with Lady Gaga on the hit single “Rain On Me” this last spring.

No details have been released about what the new album will be called, and Grande has been hush hush about its production. But releasing surprise albums is not out of the question for Grande, who released Thank U, Next with little to no promotion in early 2019. The album, which received widespread praise, is often hailed as some of her best and most personal work and reflected on a period of personal growth after the 2017 Manchester Arena attack at her concert, and the death of her former-boyfriend Mac Miller in 2018.

“I can’t wait to give u my album this month,” Grande wrote on Twitter before reposting a screenshot to Instagram just moments ago. Much of Grande’s social media presence in recent months has been used to urge Americans to show up on election day.

This is a breaking story. Grit Daily will update this piece about the new Ariana Grande album as more information comes.

Published in Entertainment and Music Spotlight