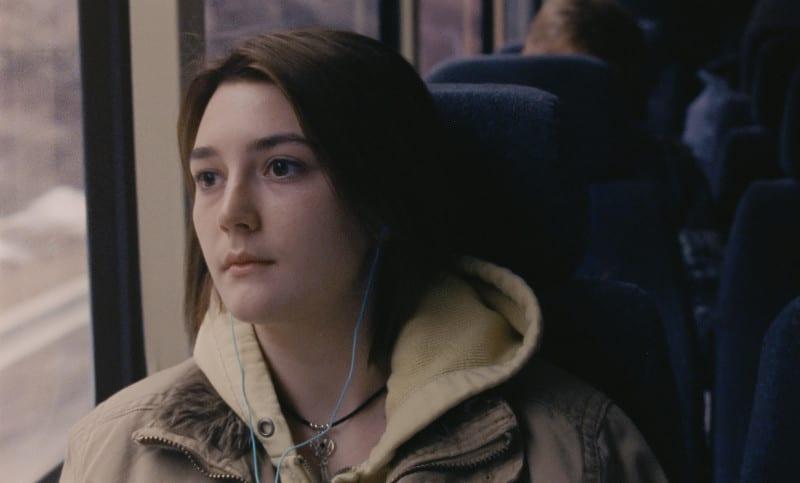 ‘Never Rarely Sometimes Always’ Is A Powerful Drama About Abortion

It’s easy to think you have an opinion about abortion based on your own life—how you would respond in such a situation and what sort of support system you have around you to help you make the right decision for yourself and your own body. Unfortunately not everyone has that luxury, and the often forgotten stories of teens that go to great measures to seek abortion quietly are, by proxy, the ones that it effects the most. Never Rarely Sometimes Always, a Sundance Film Festival drama that had its world premiere at the festival last week, seeks to shed light on a silent problem.

Director Eliza Hittman dives into the story right from the start, as the film opens with a shot of quiet and reserved Autumn (Sydney Flanigan) singing onstage at a school talent show. In the opening scene, Autumn’s act is interrupted when a school classmate makes fun of her. We next see Autumn at a local pizza restaurant with her family—a group of working class, blue collar Americans—after the show, where another classmate is flashing obscene sexual gestures at her from across the room.

At home, alone in her room, Autumn removes her layered clothing to reveal a small bulge in her lower abdomen. Clearly Autumn is already pregnant, and the little bit we know already reveals that the father is absent. In her hometown in rural Pennsylvania, Autumn struggles to find resources that make her feel safe and comfortable.

A visit to the local clinic reveals that Autumn is in her first trimester, but the mere mention of terminating the pregnancy leads the woman at the front desk to begin teaching her about the ethical dangers of abortion and its effect on society. Unfortunately, Autumn is all alone in her problem, and less than present parents or a supportive partner means that she’s going to have to deal with it all alone.

When her cousin Skylar (Talia Ryder) finds out about Autumns condition, the two immediately pocket as much cash as they can from their twin jobs at the local grocery store to buy bus tickets to New York. Where legislation allows for a teenager to get an abortion without parental consent.

Technically an adventure story, Autumn and Skylar venture into New York with no knowledge of its vast subway system. Navigating the hustle and bustle of the city is enough with a vague idea of where you are going, but with only a suitcase, their phones, and a few dollars to spare, their trip is both nerve-wracking and anxiety-ridden for anyone over the age of 18 that can imagine what being a lost teenager in Midtown—specifically the Port Authority area—would be like.

Of the two, Skylar’s more outgoing personality serves as helpful in getting them where they need to be. At one point, Skylar befriends a young man that they met on the bus to keep them company throughout a long night without revealing their age or real reason for traveling.

Even with minimal dialogue, Hittman manages to craft a powerful drama that depicts the harrowing realities of the politicization of women’s bodies as it stands today. Stories like Autumns—though gut-wrenching—are all too common in an age where young women are denied the freedom of control over their own bodies.

Flanigan, who’s debut performance in a feature-film is both challenging and heavy, manages to craft a character with extreme depth given the little bit of dialogue that Autumn participates in throughout the film. In each nuanced shot of Autumn throughout the film, her body language and tone manage to say more than any line-heavy film could have created in its place.

At its core, Never Rarely Sometimes Always will serve as a harrowing reminder that the realities of what strict abortion laws hope to achieve are never fully achievable. The film may even help to open minds to the idea that the problem should stay out of the political sphere, but the film also serves as a reminder that life as a teenager is often much more adult and complicated than the fairytale stories on the Disney Channel hope to portray. The film will have a release by Focus Features in theaters on March 13th.