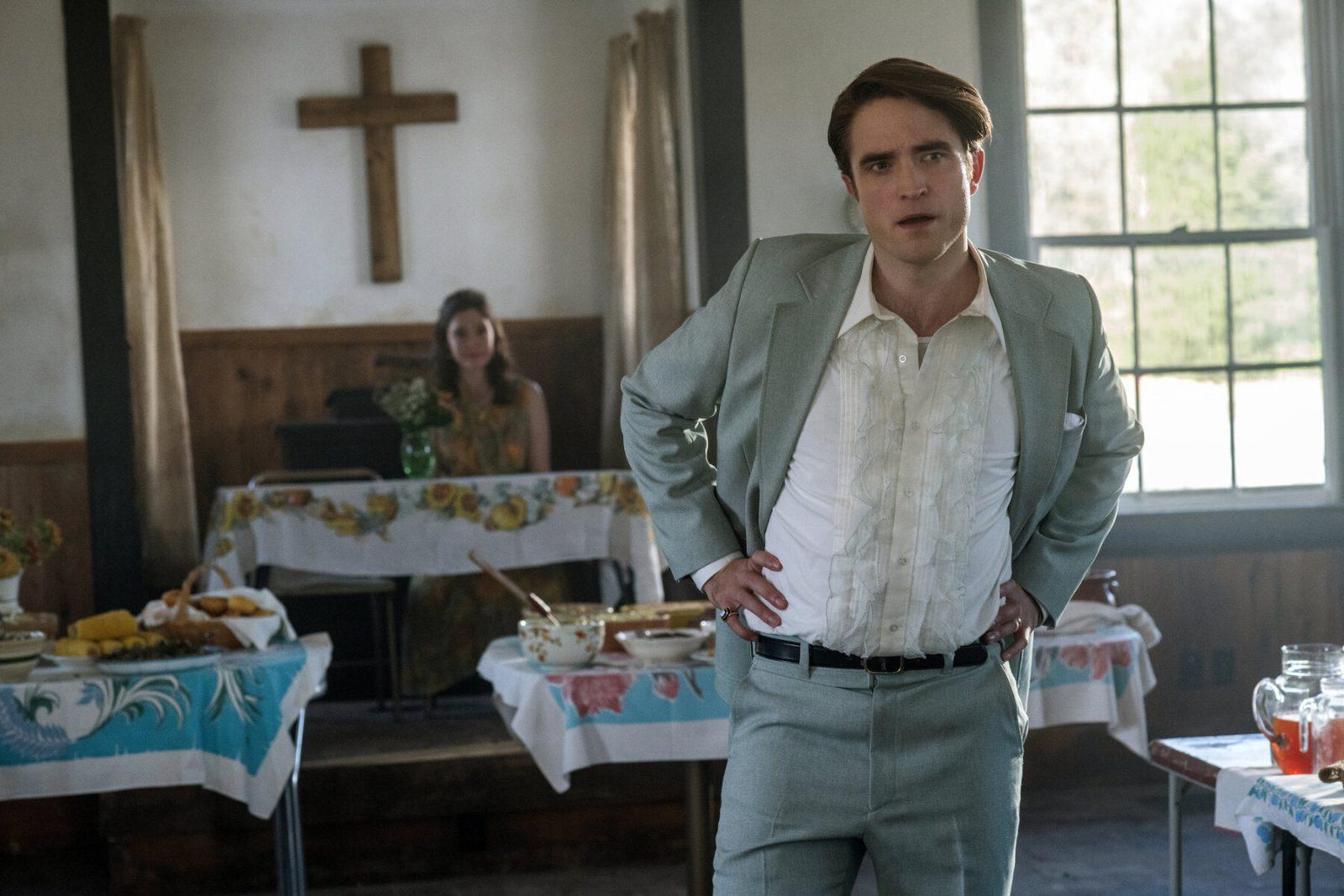 The Devil All The Time isn’t as devasting as it should be. The new Netflix hit from director Antonio Campos is a period piece set in West Virginia, and it’s a drama with gunfire and horror. Despite a wildly talented filmmaker and cast, led by Tom Holland (Spider-Man), Campos’ film is more frustrating than engaging.

It’s a sprawling story covering two generations, sometimes calling to mind The Place Beyond the Pines. Set in the 1950s and 1960s, the adaptation follows characters with the worse luck imaginable. It’s a story about survival, good and evil. Holland is a West Virginia kid, Arvin Eugune Russell, whose journey is nothing short of challenging.

Russell lives a life of tragedy, as do most characters in the movie, such as his father (played by Bill Skarsgard), his mother (Haley Bennet), and sister (Eliza Scanlen). It’s a story of misery with fleeting moments of kindness. While probably true to the intensity of the times and location, The Devil All The Times sometimes plays as cold and distant. There’s a sense of artifice throughout the immaculately crafted drama, especially on a small screen and streaming on Netflix.

There’s a narration (delivered by the author of the material) that is too much. When you just want to sit with the mood of the scene and reflect, the narration interrupts. More than once, a scene is ruined by the well-spoken narration, explaining too much of what we’re seeing. It’s surprising coming from Campos, who usually lets his intense images do all the talking. With the narration, there’s lesser mystery about these characters and the film as a whole. Worst of all, the narration reminds us too much we’re watching a movie with actors playing dress-up.

There’s a long list of great actors in the movie, including Jason Clarke as a killer and—playing a preacher—Robert Pattinson. There are charismatic, substantial, and lived-in performances in the movie. Pattinson oozes nastiness and discomfort, rightly so. There’s a scene where his performance lives up to the title, where he looks hellish.

The Devil All The Time does provoke reactions at times, but too often there’s something lacking about the pain. There’s unflinching violence and horrible acts committed in the story, but these moments should all sting deeper. With well over two hours of time to tell a story full of pain, death, and gunfire, this world should feel more dramatic.

As a piece of craftsmanship, the Netflix film is nothing to knock. The cinematography, camera placement, costumes, and set designs — it’s all terrific work. It’s no small period piece, either. It’s an epic film with impressive sights. The Devil All The Time doesn’t suffer from a lack of ambition or talent. It’s the kind of movie we sadly rarely see in theaters anymore — a novelistic movie with real scope and visual beauty.

There’s plenty to appreciate about what’s on-screen in the Netflix picture, but it doesn’t leave as much to chew on and contemplate as desired. A movie that portrays such evils should hit harder than this. The Devil All The Time is a well-liked title by most critics and Netflix’s audience, though, so Campos’ latest is hitting hard for many.