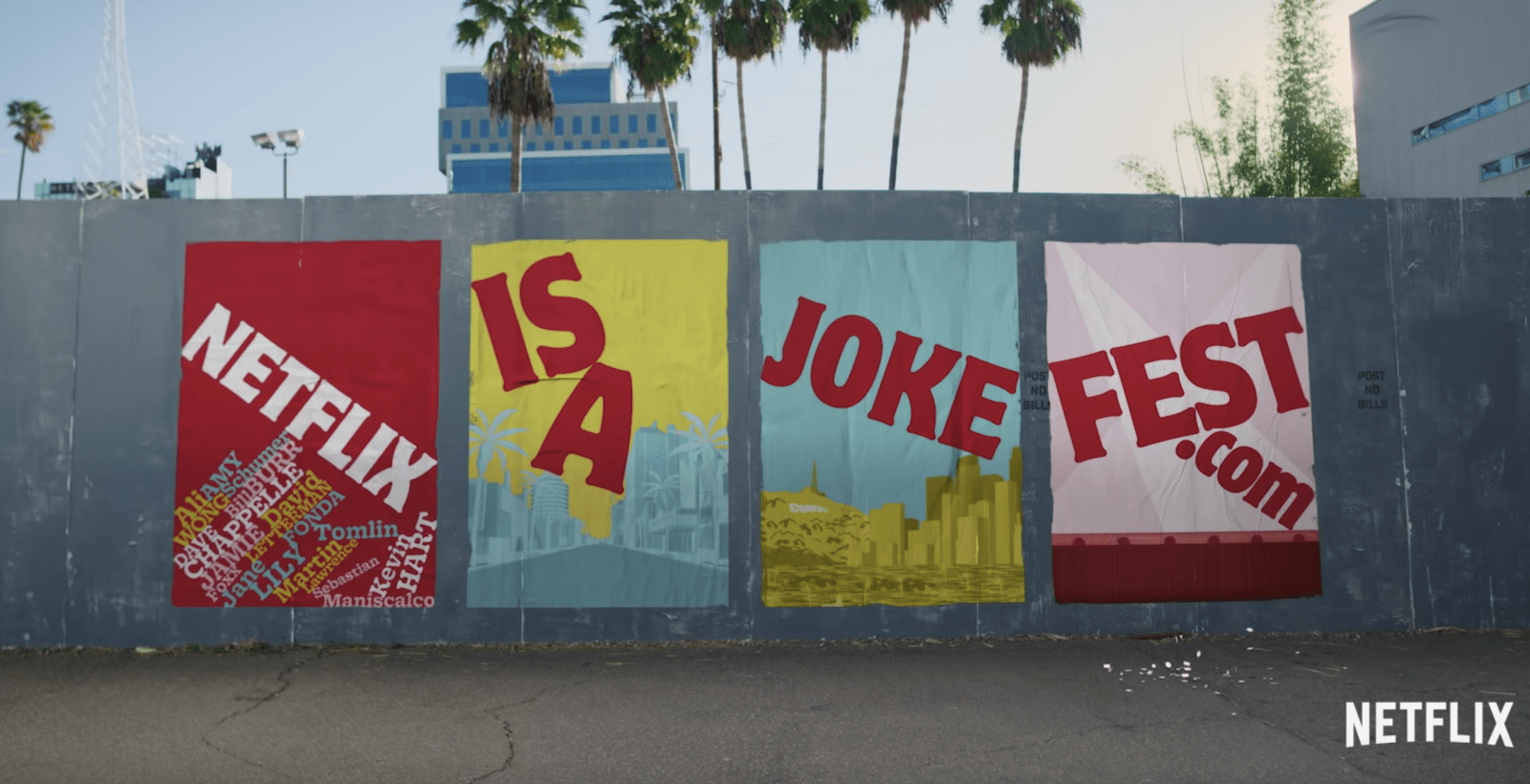 Netflix is a Joke Fest Set To Feature Amazing Talent

Netflix is a Joke Fest is a massive comedy festival set to take place in Los Angeles between April 27 and May 3, and it’s going to feature so, so many industry legends and hilarious voices.

Amy Schumer, Dave Chappelle, David Letterman, and Jane Fonda are some of more than 100 comedians who will perform at more than 20 of Los Angeles’ best venues over the course of the festival.

Ali Wong, Chelsea Handler, Chris D’Elia, Jeff Ross, Pete Davidson, and Whitney Cummings are all doing sets at the festival. I could keep going but you get the idea. Pretty much all your favorite comedians are performing over the course of the week. As a matter of fact, almost every comedian you’ve ever heard of is doing a stand-up show at Netflix is a Joke Fest. The good ones, anyway.

Watch the announcement video for more details and performers.

Part of the week-long Netflix is a Joke festival will be an event called Stand Out, a celebration of LGTBTQ+ voices in comedy. Alan Carr, Hannah Gadsby, Margaret Cho, Rosie O’Donnell, Sandra Bernhard, and Wanda Sykes will be headlining that show, which will also feature LGBTQ+ presenters. This event will take place on May 1 at the Greek Theater.

Another notable event will be the final evening of the festival. The Hall will be an event paying tribute to some of the most outstanding comedic legends in the business. This final night will feature performances by Billy Crystal, Jerry Seinfeld, Kevin Hart, Wanda Sykes, and Whoopi Goldberg. It’s going to be a performance for the ages.

A New Kind of Festival

We live in the era of the festival. There’s always a new lineup dropping and a new festival popping up. Usually, the events are geared to music, but sometimes they involve art or comedy. The Netflix is a Joke Fest is a new kind of festival, unlike any other we’ve seen.

This new form of festival where performers perform in venues instead of out in tents makes so much sense, especially for comedy. It won’t have the whole doing drugs in the desert spirituality vibe, but that really goes better with music anyway.

This kind of festival allows people to see a whole host of different comedians in one city at one time, but in venues where the comedians can do their best work.

While this festival might be different than the ones we’re used to seeing from influencers dressed as hippies on Instagram, with talent like this, it’s bound to be a great time had by all.