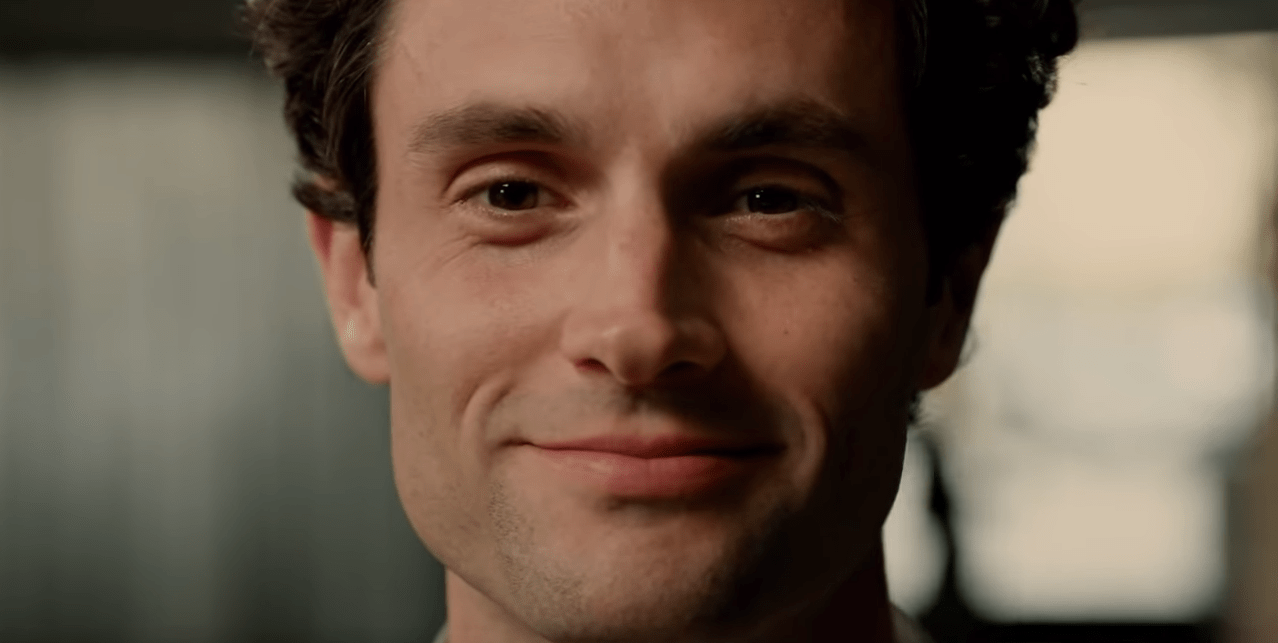 “You” is Netflix’s finest piece of soap opera TV, and it’s true, “love has taken [us] to some pretty dark places.”

It’s ridiculous, a bit trashy and sometimes in bad taste, but somehow, it all clicks and entertains. Based on Caroline Kepness’ novel, it’s the story of a dangerous creep by the name of “Joe Goldberg” living in New York City. He’s a stalker and a killer. After the events of season one, he’s packed his bags, left the big apple, and headed towards sunny Los Angeles, California, where he finds a new object of his deadly obsession.

In case you need a refresher before starting your Season 2 binge, here’s a quick recap of Season 1:

The Netflix Original series, “You” is based upon Caroline Kepnes’ best-selling novel of the same name, “What Would You Do For Love?“. When a brilliant bookstore manager crosses paths with an aspiring writer, his answer becomes clear: anything. Using the internet and social media as his tools to gather the most intimate of details and get close to her, a charming and awkward crush quickly becomes an obsession as he quietly and strategically removes every obstacle – and person – in his way. Starring Penn Badgley, Elizabeth Lail, Shay Mitchell, Lucy Padovan and Zach Cherry.

But Joe is no longer “Joe” in season two. He’s assuming a new identity as “Will,” but he’s still the same old monster he was in season one. He’s got a lot of past to haunt him, and some of it is coming back to bite him in the next season. As anyone who watched season one remembers, the ex he always talked about, Candace, returned in the season finale. It was one of the show’s many juicy twists that kept You surprisingly fun despite its horrific subject matter, which arguably, it takes too lightly sometimes.

“Los Angeles Has Got to Be As Dark As It Gets”

The dialogue in the teaser is nails on a chalkboard for anyone who enjoys living in Los Angeles. It’s every surface-level complaint right in the face of proud Angelenos. Of course, that’s the teaser’s joke given the final line, but hopefully, season two of You isn’t just ten hours of Joe/Will narrating about the vanities and artifice of Los Angeles. It’s very on brand for the smarmy character, but even in the teaser, it’s exhausting. Not an exciting or telling glimse at season two, but it’s probably enough to get the hardcore fans excited about the new season, which is available to stream December 26th. Not exactly a show to stream with the family over the holiday season.

What’s Next for You?

The show is coming off a big twist in need of explaining. Will’s ex, Candace, was presumed dead, and much to his surprise, she’s very much alive. Most likely, she’s back for some well-deserved revenge, but the Netflix series tend to surprise viewers.

But the decision to bring the character back to life helped shape a variety of plot developments for season two:

“At some point in the season we realized everyone would assume Candace was dead and wouldn’t it be a great twist if she wasn’t, and we had some stuff that we knew would happen in season two and her being alive spun out new ideas. Greg [Berlanti, co-creator] pitched the idea that at the end Candace wasn’t quite as dead as we thought, and as soon as he said it, everyone in the writers’ room had so many ideas. And her being alive does open up options of what will happen next. I can tell you we will see more of her, and she shakes Joe to the very core with what she brings to the story, and so it propels Joe a lot in what he decides to do next.”

Sera Gamble , co-creator of You