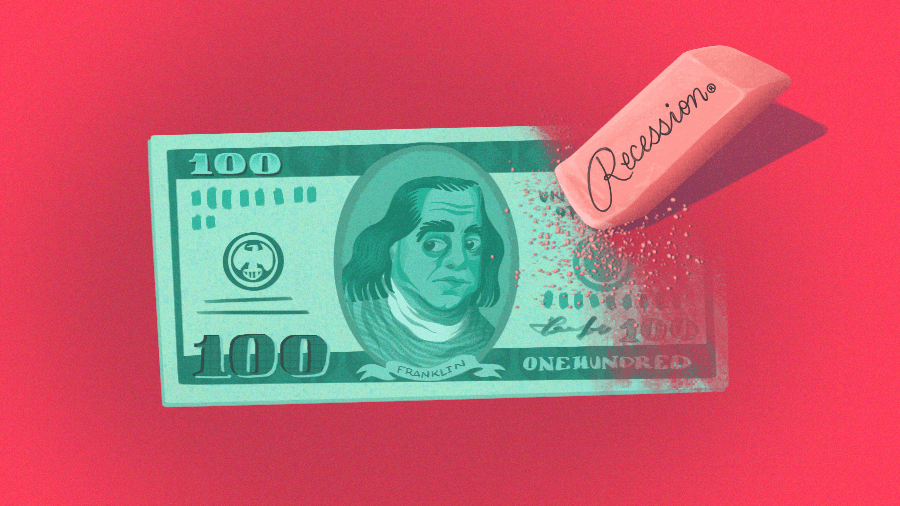 As the country most certainly heads into a sharp and sudden COVID-19 driven recession (although by some accounts, it’s already there), we thought it might be a good time to consider how this will impact startups beyond the obvious.

By obvious, we mean natural consequences we’ve already reported on such as layoffs, a drop in funding and business closures.

We reached out to Robert Siegel, who is not only a lecturer in management at the Stanford University Graduate School of Business, but also an investor. Siegel is a general partner at XSeed Capital as well as a venture partner at Piva.

Over the years, Siegel has led primary research and written cases on a slew of companies including Google, Box, Stripe, AngelList, Lending Club, Tableau, PayPal, SurveyMonkey, Medium, AutoDesk and Minted.

Here’s what he had to say.

CB News: What is the most important advice you’d give to a startup founder right now?

RS: Right now every entrepreneur running his or her company needs to be thinking about survival. Everything is locked down. Survival means having a cost base of your organization; this reflects itself in a company’s burn rate and unit economics. We don’t know how deep this recession is. If you look back at the last 20 years–the internet bubble burst, there was 9/11, [the downturn of] 2008 and now we have a global pandemic. Each one of the four issues impacted startup and entrepreneurs in different ways. What’s unique about this one, is that we don’t know how long this will last, and it’s not just one sector that’s overheated. It’s the global shutdown of an economy. In the best case scenario, this will be a V-shaped recession.

Given the losses of jobs, particularly in service sectors such as hospitality, travel and restaurants, it’s tough to predict when things will improve again. Everyone has to survive layoffs so they have to do things like cut expenditures they need to grow such as marketing, or slow down hiring. All of these are things that entrepreneurs need to think about.

In the immediate term, entrepreneurs need to cut their burn, raise money if they can and reset expectations around valuation. Assets are worth less than before. If the stock market is down, the value of your private company goes down. It’s not because VCs are horrible people, assets are simply worth less. Combine that with increased uncertainty, there’s more risk, and the probability an investment will pay off is lower.

Right now, an entrepreneur’s job is survival, and if they’ve got 18-24 months cash in the bank, that’s great. If they don’t, they’re going to have to figure out how to get there.

CB News: How are VCs handling everything? We keep hearing mixed responses.

RS: Within the venture community, everybody has had multiple board phone calls over the past few weeks. My sense is that most firms are putting companies into three buckets. First, those they want to protect, that are doing a good job and are most likely to survive. There’s the second bucket of those they are no longer going to support because they haven’t gotten traction, for example. The third bucket is for companies that they’re still reserving judgement on.

I think later-stage funding is going to be much harder to get as firms are going to reserve some capital to protect existing portfolio companies, rather than for new investments.

There’s a lot of uncertainty. Until we know, tomorrow is like today and today is like yesterday.

I suspect also that there are very few people doing deals, as investors want to meet people they are backing in person. They might do a first call through Zoom, but not many are going to write a check for millions of dollars over Zoom. So when VCs say they’re open for business, that might sound great on Twitter but it’s not realistic. I think deal flow is going to drop precipitously.

CB News: What sectors are most likely to ride out a recession?

RS: There’s a lot of interest in health care. I teach a class with the former CEO of General Electric who has been saying for years in the classroom that health care is the most important part of our economy. People are aging, and every person needs to understand health care. It’s a very transformative space right now.

Health care is 18 percent of the U.S. GDP, and it will continue to be a big part of the economy both due to the existing structure and future innovations. This pandemic is highlighting some of the challenges of our current structure, and innovative entrepreneurs will find new opportunities in a variety of areas.

I believe we will also see a movement to move various parts of the health care supply chain, such as devices and pharmaceuticals, to other regions away from China, as well as back to the United States as a national imperative of industrial policy.

Secondly, we’re all getting good at working from home across a wide variety of industries, and have had to figure out how to set up a whole environment that works. Things like a backup system in case the internet slows down. You’ve even got CEOs working out of their kids’ bedrooms. So I think down the line, people will end up designing their homes to be more accommodating to their work needs. At the same time, the blending of home and work life will start to get fuzzier.

I can’t tell you how many times I’ve been on a Zoom call these past few weeks when someone’s kids walked in. That takes me back to 20 years ago, when I was a CEO changing my oldest child’s diaper on the phone. We’ve all been there.

So people will not only design their houses to be more effective to work from home, they will be far more understanding of how people live their lives. The first question I’ve been asking people, is “Are you ok?” We’re human first.

This also means of course we’ll see acceleration on startups focused on the acceleration of the ability to collaborate online, and not just on Slack. I think we’ll see a lot of blended digital and physical. The physical is not going away.

CB News: What sectors will be hardest hit beyond the service industries?

RS: The commercial office space will have a lot of problems. Companies will start to question if they need to have as much space as they did. And as more people work from home on any given day, employers will likely start to seek smaller and more fluid spaces.

Coworking naturally will take a hit, as will ride-hailing. How companies are going to think about their office space will be a magnitude of difference in four years compared to today.

However, we’re still a social species–and people still do want to interact with each other. People are not going to want to stay holed up in their houses.

Published in Start-Ups and Tech