A Inside Look into NatGeo Film “Apollo: Missions to the Moon” 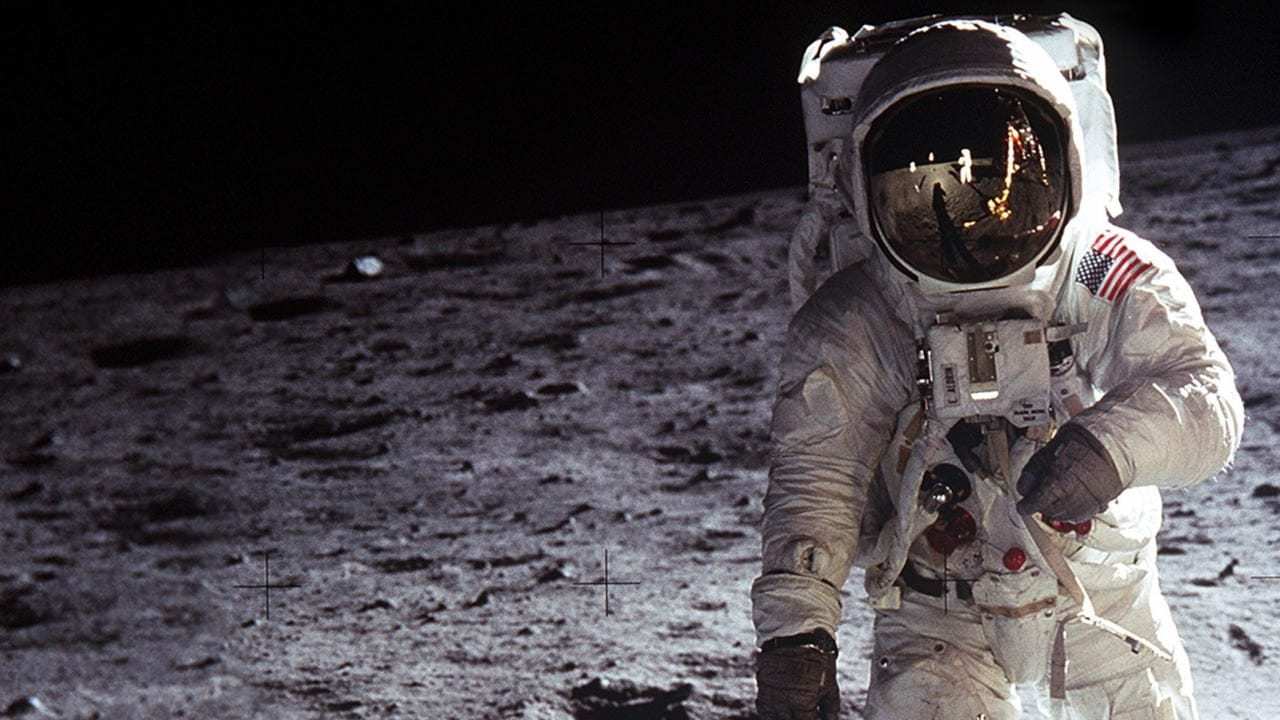 The media world will be abuzz all summer with retrospectives about the Apollo moon missions, for good reason: July 20 marks the 50th anniversary of Neil Armstrong’s first steps on the lunar surface. For most over 55, this is a moment to relive a defining moment of childhood and young adulthood — not to mention human exploration.

For all others, this is a chance to revisit America’s greatest moment as a working nation, when a country, its people, industry, technology, ingenuity, and purpose united behind a visionary (and Cold War-influenced) President’s directive to send a man to the moon and return him safely to the earth by the end of 1969.

That we pulled off nine trips to the moon between 1968-72, with technology far weaker and incapable than the smartphone in your pocket, continues to speak to what is possible when we work together and invest in resources accordingly.

One of the “over 55s” is Tom Jennings, director of Apollo: Missions to the Moon, a very special film that will air on NatGeo beginning July 1. Apollo is not your ordinary documentary: it is created entirely with interviews and footage taken during the Apollo years. This was part of Jennings’ desire to again give us the experience of being glued to our TVs and to feel what those of us over 55 felt… something you never forget.

“We try to give viewers the experience of watching it as though it were happening in real-time,” Jennings said. “It’s as close to reality as possible, almost like making a motion picture out of archival footage – although, with us, we can’t go into a second take, because there is none. We went through thousands of hours of video, audio, radio interviews and still photos to create a narrative story.

“In this case, it’s one that’s much like The Hero’s Journey from Joseph Campbell. [The] Apollo 1 [launch pad fire, which killed astronauts Virgil “Gus” Grissom, Ed White, and Roger Chaffee] was a great tragedy, but it gave NASA and the people working for NASA a greater sense of urgency and purpose to their mission. People can die doing this! Not only do we have to figure out how to get up there, but also how to bring them back home alive.”

Jennings needed no sweeping soundtrack, silk-voiced narrator, or script for Apollo. The breakneck pace of getting missions up and back, all while trying to beat the Soviet Union to the moon – and fulfill President Kennedy’s admonition – set both the tone and the stakes. You can feel all the emotions and qualities that swirled in the 1960s – excitement, adventure, purpose, urgency, fear, bravery, commitment, and, most of all, pride in pulling off the seemingly impossible.

“It’s no accident, the way our film plays out. It’s literally a hero’s journey on multiple layers,” Jennings said. “Not just the astronauts, but the ships themselves, the work of Mission Control, the families, the American and worldwide audience at the time – how they experienced it. We also focus on the three days that, in my opinion, the world stopped: The Christmas Eve 1968 broadcast of Apollo 8 from lunar orbit, showing the Earth; at the time, the largest worldwide broadcast ever. The day the Apollo 11 moon landing happened, July 20, 1969. And the day the Apollo 13 astronauts returned home alive, April 17, 1970.

“The no-narration, no-interview format, I feel, is a really effective way to tell an immersive story about an iconic moment in time. I kind of joke that when someone watches Apollo, and it begins, they’re waiting for the narrator to come and save the day – but the narrator never shows. So you have to engage with the film, pay attention. The people in it – from Walt Disney to Bob Hope to the astronauts to Poppy, to the impact on culture – they’re narrating the story for us, at the time it happened. It’s as immediate as you can possibly be. Since it’s such a big anniversary year, everyone will focus on 11, rightly so – it’s the 50th anniversary of man’s first steps on the moon – but we put the moment on broader shoulders. How did they get there? And what happened?”

The day that time stood still for Jennings remains the Apollo 8 mission. “I remember that more vividly than Apollo 11, though I do remember watching Apollo 11 on TV,” he said. It seems an odd response when the world is getting ready to pop the champagne cork on 50 years of Apollo 11.

However, Jennings’ reasons are far more personal – and poignant. “During 11, my mom was dying of cancer, so there was a lot of chaos in the house,” he said. “Apollo 8 for me was the big memory, because it was prior to her getting sick, things were more normal in our home in Cleveland…. Christmas Eve, walking to the store in the snow, seven years old, hurrying back because I didn’t want to miss the Christmas Eve broadcast everyone was talking about. I remember looking up at the moon, rushing to my house, thinking, ‘I’ve got to get home to be in front of TV to watch the guys up there.’ I kept that close to me, but I hadn’t actually seen the Apollo 8 footage again until we got to work on this film. And the Genesis prayer… memories flooded in from Apollo.”

Because of his focus on Apollo 8, Jennings wove in the amazing story of Poppy Northcutt, then a 24-year-old TRW engineer and mathematics whiz – and the only woman working in NASA’s Mission Control. She was responsible for figuring out lunar orbit insertions for Apollo spacecraft – and did so with a candor and passion for her work that made her a sought-after guest TV commentator by the time of Apollo 17 in 1972.

“She was interviewed a lot back then, and we found many with her – including one she had not remembered, where she talked about treatment of women at NASA,” Jennings recalled as Northcutt sat alongside him. “The reason she was interviewed often is because she was the only woman on Mission Control. The newsrooms were the same, so males interviewed her. If it wasn’t the first question, it was the second: ‘What’s it like to be a woman working with all these guys?’”

Jennings turned to Northcutt, now 75. “You had a very funny answer, the one we put in the film.”

Northcutt leaned back and chuckled. “That was the one about males dominating NASA. My response was, ‘I don’t think it’s dominated by males. I think it’s dominated by computers and hardware.’” After the laughter subsided, she added, “There’s some significance to that. The Apollo program represented the first leap into the world of big data, which is now quite prevalent.”

Jennings said that Apollo came together differently than any other documentary he’s created during his illustrious career. For starters, the process seemed backwards: while the most dramatic moments happened in the first two-thirds of the movie’s timeline – up to the ill-fated Apollo 13 mission – the images were far better from Apollos 14 through 17, when crews stayed on the moon for several days and shot with color cameras.

“From a film-making point of view, the way Apollo ends is kind of frustrating. The best images come from Apollos 14 through 17, but they have the least amount of overall drama compared to the other missions, which were highly dramatic: the Apollo 1 tragedy; orbiting the moon on Apollo 8, then dropping to within eight miles of the surface in Apollo 10; the Apollo 11 moonwalk; Pete Conrad nearly hitting the landing target bull’s-eye on Apollo 12; and, finally, the Apollo 13 disaster. At the end, though, they did discover oxidized soil on the moon – a very big deal.

“We end the movie with Ray Bradbury talking about how we will eventually have to leave the planet because it’s going to fall apart in a million years, or a billion years… and that we have to keep on exploring. And yet, after [Apollo] 17, everything was done. We stayed home, in Earth’s orbit. It leaves you with a bittersweet sense of ‘What if?’ What if we had continued? But we didn’t, and the story just kind of stopped.”

Now it’s started again big-time, with the dual massive efforts with NASA and private industry to set up a sustainable work station on the moon, then fly to Mars. Jennings feels Apollo brings home both the human side of being an astronaut, and the promise of what can happen when everyone is focused on the same goal – with available resources and buy-in.

“Many of us who were kids in the 1960s see them as almost iconic gods, these action figures we can’t get close to – then you find out they’re normal guys with great senses of humor. They laughed hard, worked harder – and so did the 400,000 workers who had something to do with putting us on the moon. It’s an ultimate story of human achievement. I’m honored to get to tell it with actual footage.”

The article A Inside Look into NatGeo Film “Apollo: Missions to the Moon” first appeared on Inno & Tech Today. 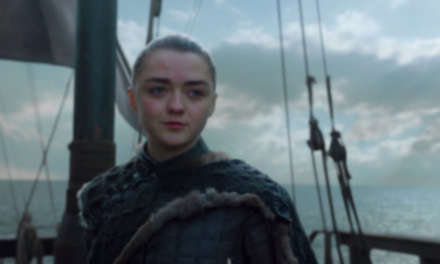 HBO Shot Down Your Hope For A Game of Thrones Spinoff 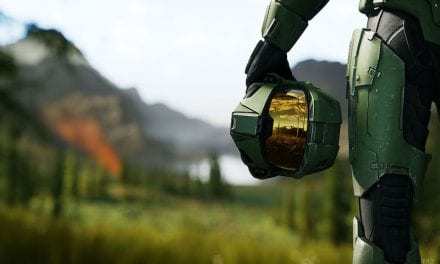 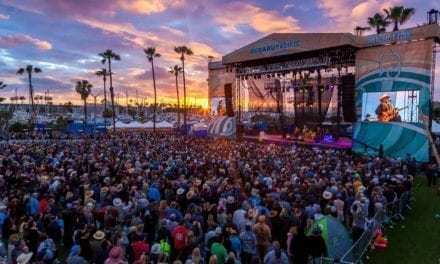