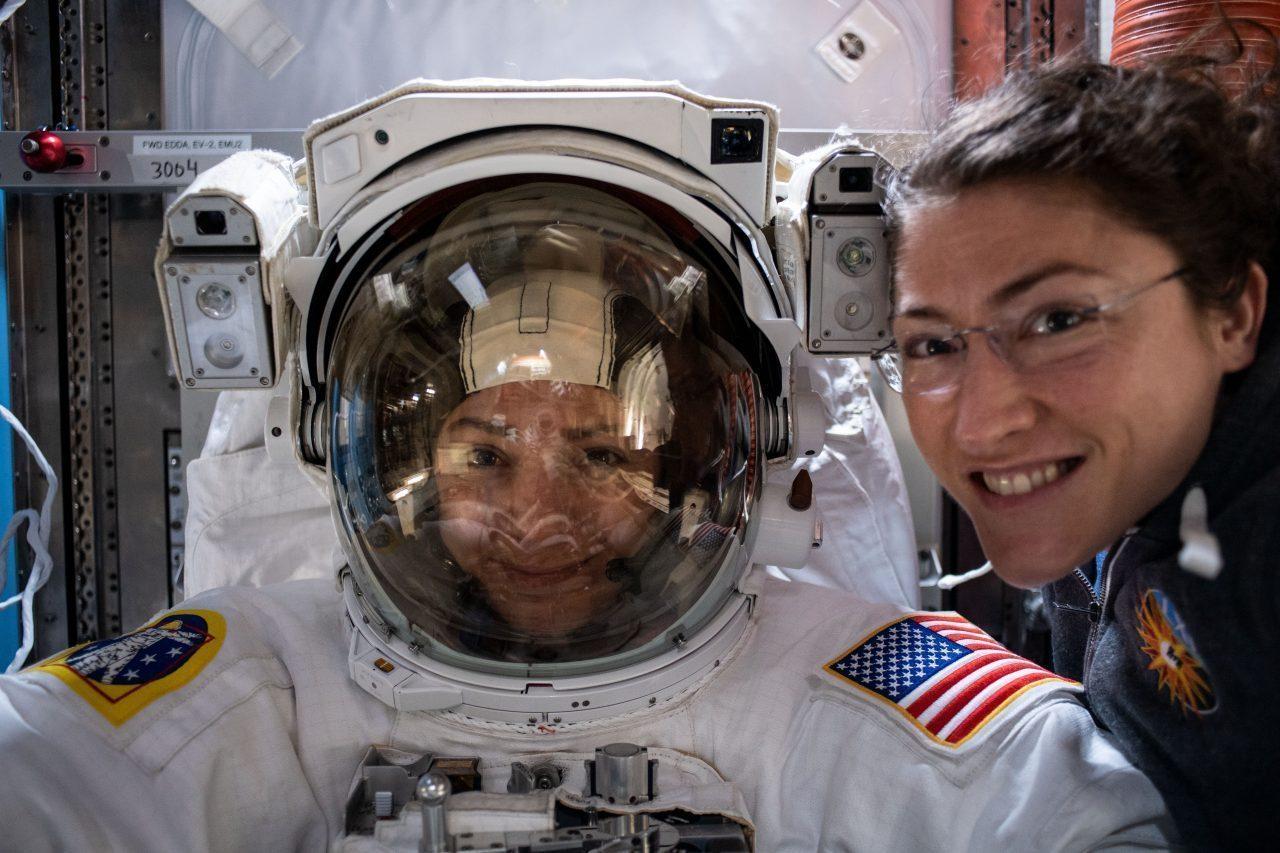 NASA is once again making history. But today, we amend that statement to NASA is making “HERstory,” for spacewalk number 421. This one will go down in HERstory books, so remember it.

Over the past half-century, men have floated out the hatch on all 420 U.S. spacewalks that have been conducted. Until today.

All day today, you can watch LIVE as Kock and Meir are outside replacing the power controller for the next five hours, so you really have no excuse to at least have NASA’s live video stream up on your computer or phone somewhere near your desk. The livestream is also narrated by women, including astronaut Tracy Caldwell Dyson.

The units have previously been replaced using a robotic arm, but the newly failed unit is too far away for it to reach.

The BCDUs regulate the amount of charge put into the batteries that collect energy from the station’s solar arrays to power station systems during periods when the station orbits during nighttime passes around Earth. Though the BCDU failure has not impacted station operations or crew safety, it does prevent the new batteries from providing increased station power.

The hardware failure does present some concern, especially since another BCDU was replaced in April and there are only four more backups on station. In total, there are 24 operational BCDUs.

Three previous spacewalks had been planned to replace lithium-ion batteries, but those will be rescheduled until the latest BCDU issue is resolved.

Meir will be the 15th woman to spacewalk, and the 14th U.S. woman. It will be the 43rd spacewalk to include a woman. Women have been performing spacewalks since 1984, when Russian cosmonaut Svetlana Savitskaya spacewalked in July and NASA astronaut Kathryn Sullivan conducted a spacewalked in October.

The estimated time to replace the battery will take approximately 3.5 hours, but the overall time on the walk will be around 5.5 hours, according to the narrators. As of today, the longest spacewalk was 8 hours and 56 minutes, completed by Astronaut Susan Helms in 2001.