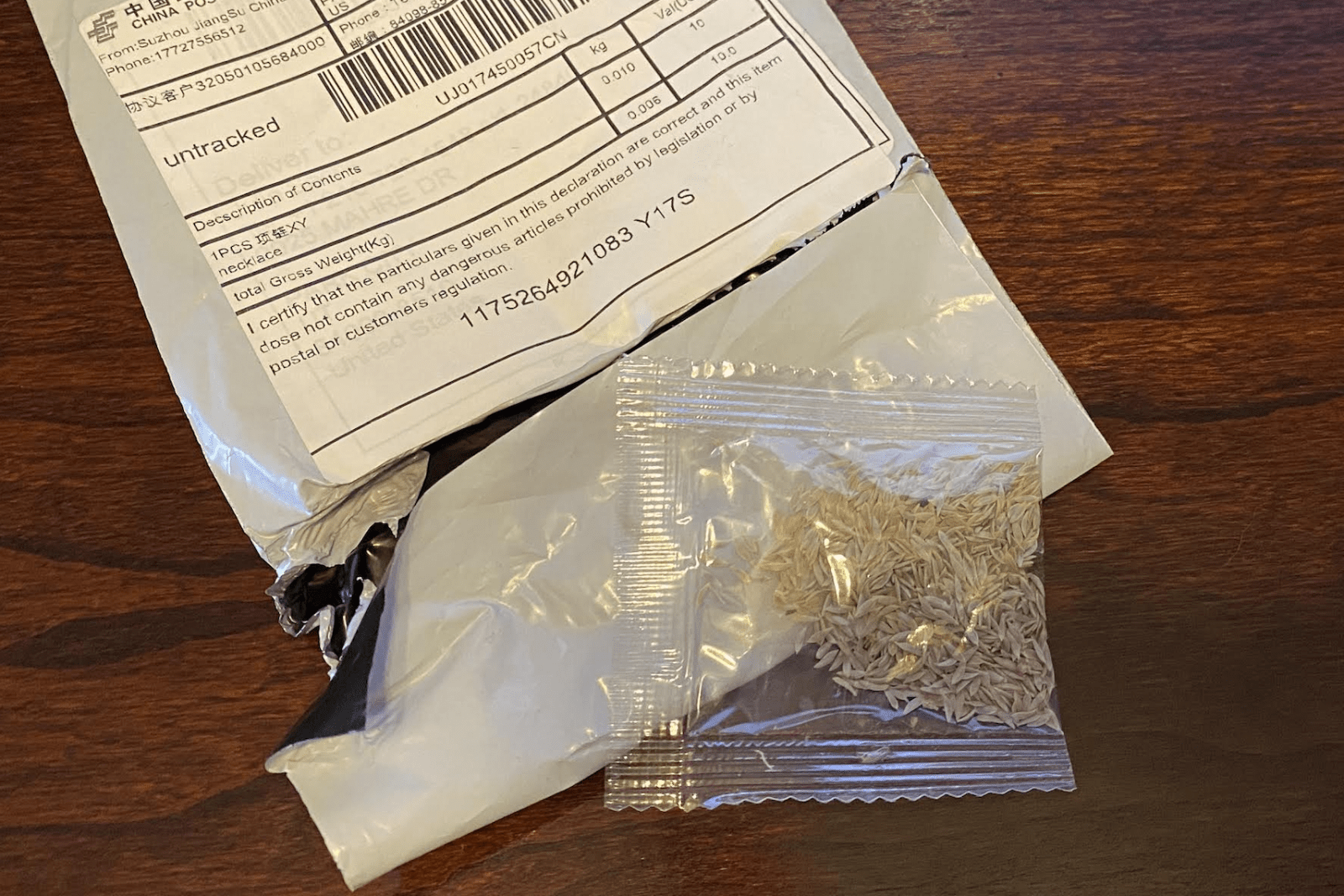 People Are Receiving Mysterious Seeds In The Mail From China

People in several states have reported finding packages in their mail from China that appear to contain things like jewelry but in fact contain packets of mysterious seeds. The seeds, which have no label and are wrapped in plastic, are raising concern by officials that they could be invasive species of plants that are harmful to native plants and animals.

Agricultural departments in states like Washington, Virginia, Louisiana and Kansas have issued statements on the seed packets, urging people not to plant them if they receive them in the mail. Several other states have had reports of people receiving the seeds but have not issued statements.

I live in Utah and received a package of seeds about a week ago. My package said that it contained one “butterfly necklace” but it contained seeds. Confused because I didn’t order any seeds, I asked a family member that speaks several dialects of Chinese what the symbols on the package said, thinking maybe it would at least explain what the seeds were (they also said “butterfly necklace”).

The Washington State Department of Agriculture posted a warning on its Facebook over the weekend that people should not plant the seeds if they receive them in the mail. “This is known as agricultural smuggling. Report it to USDA and maintain the seeds and packaging until USDA instructs you what to do with the packages and seeds. They may be needed as evidence,” the department said.

A phone number on the package belongs to an Amazon seller, but the extension has been disabled or does not belong to anyone at this time. Grit Daily has reached out to both Amazon and the USDA for comment and will update here with new information.

Have you received a package of seeds in the mail that you didn’t order? The USDA asks that you report the package to their anti-smuggling hotline. You can access that here.