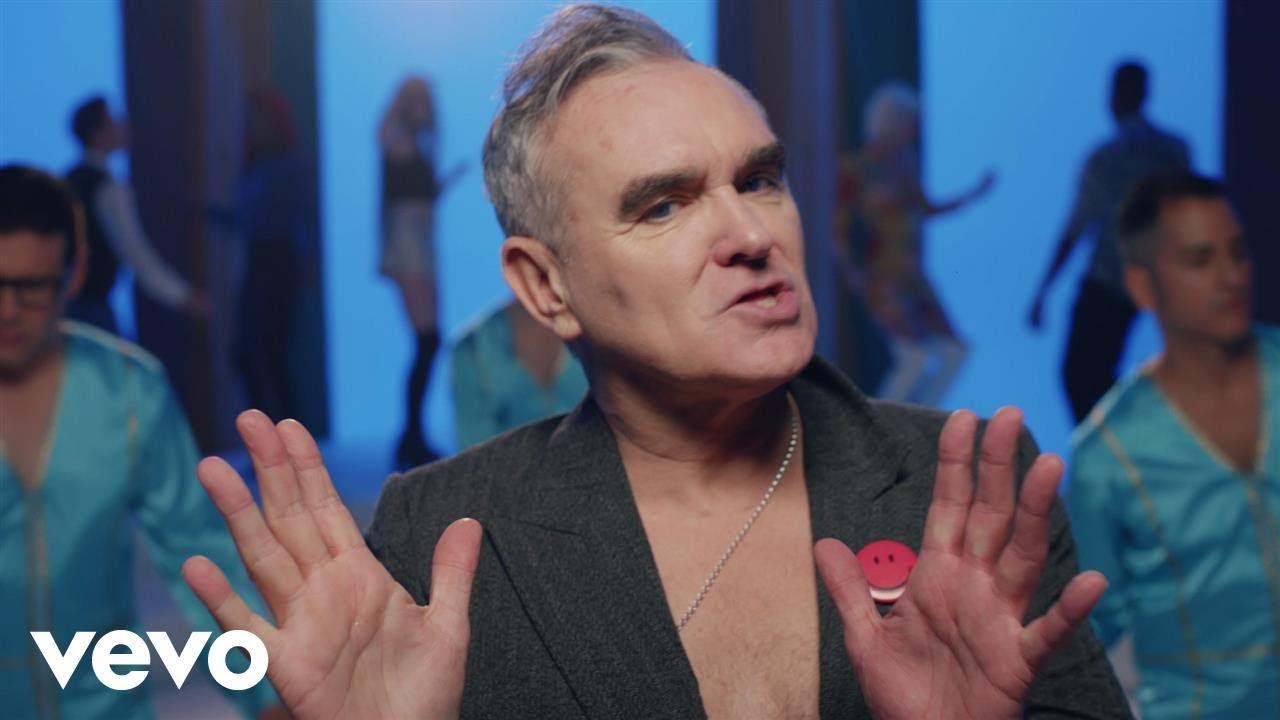 Morrissey Has Been Dropped from His Record Label

Morrissey is in the news again. The solo artist and former frontman for The Smiths is no longer at BMG Records. Morrissey, who’s become more famous for his offensive comments than his music in recent years, blamed diversity for the company’s decision.

Prone to ghastly hyperbole, the singer called the decision another “horror” of 2020, comparing his circumstance to crashing economies and incredible loss across the globe. “This news is perfectly in keeping with the relentless galvanic horror of 2020,” he wrote. “We would be critically insane to expect anything positive.”

BMG Records scrapped plans for future Morrissey albums. Although the artist cites how well his three BMG records have done overseas, they’re far from his best work. Morrissey hasn’t produced a great original album in a long time, but again, he blames diversity. “The new BMG Executive has announced new plans for ‘diversity’ within BMG’s artist roster, and all projected BMG Morrissey releases/reissues have been scrapped,” he added.

BMG has a new executive who, understandably, doesn’t want more Morrissey albums. If you want to create a positive creative space at your label, disinviting Morrissey to the party is reasonable. “My three albums with BMG have been the best of my career, and I stand by them till death,” Morrissey continued. “Recording them has been a pivotal period in my life, and I thank the previous BMG team and everyone involved for that. It’s still important to me to do music my own way, and I wouldn’t want to be on a label that dictates so specifically how their artists should behave – especially when the word ‘talent’ is notably never mentioned.”

Fans also talk about how many concerts the singer misses. The artist cancels more concerts than any other major musical act with more than 134 concerts postponed or canceled. Although he’s accustomed to canceling shows, offending minorities, and not showing up to work (the concerts), he still blames his expulsion from BMG Records on “diversity.”

Critics weren’t fans of Morrissey’s last album, “I Am Not a Dog on a Chain.” It was, at times, unbearable. As strong as Morrissey’s vocals remain, he doesn’t have anything of substance to say in his newest work. It’s no surprise his album of covers, “California Son,” was his most accessible and enjoyable album in years.

Morrissey, the man, has always been at odds with Morrissey, the singer. He made music that connects with people isolated — but he makes people feel isolated. When an artist is distancing and losing fans every year, instead of gaining them, it’s easy to once again see why a record label would drop him beyond “diversity.”

At the end of the day, Morrissey will still find another home for his music. There’s no tragedy to see here, as Morrissey claims. The artist still has plans for the future outside of BMG Records. Next year, he’ll have a Las Vegas residency; his career is hardly suffering from his behavior. He’s still capable of producing a great show and driving his fans crazy — literally, crazy — but he continues to lose supporters, including his own record label now.

If you enjoyed this content, consider a Grit Daily subscription.