Monday Motivation here we come! This is for those of you who slog through your Monday mornings. If you lament the end of the weekend and dread returning to the office, you may need our Monday Motivation quick tips. Grit Daily offers an avenue to connect with others like you. We’re here to help get your work week off to a good start. Pump your fists – it’s time for Monday Motivation!

“And yeah, the human tragedy consists in the necessity of living with the consequences. Under pressure, under pressure. Courage, my word, it didn’t come, it doesn’t matter” ~Gord Downie lyrics from “Courage”

The epitome of courage

Today is Canadian Thanksgiving. Yes, our friends (and my family) up north celebrate the harvest at the time that it’s actually ongoing versus more than a month after it’s over. Go ahead, make jokes, but it’s true – they need to time it that way as most of them don’t have the snowshoes required to transport themselves over to their family homes in late November to enjoy the celebratory turkey, maple syrup pie and all the yummy fixings.

And no, there is not a single green bean casserole in sight north of the 49th parallel. Stuffing flavored with Molson? Absolutely! It’s the spirit of the north, eh?

On the topic of all things Canadian, courage is a theme that you’ll hear often. In a country tempered by dire weather, people learn to be strong. Immigrants leave everything they know to come to a place where it will take time, but they will become a unique part of the fabric of its society versus assimilated into it. That takes courage which is the underlying theme of our Monday Motivation column.

Courage is looking at glioblastoma (brain cancer) in the face, overcoming the extensive memory loss resulting from chemotherapy and getting up on stage in front of millions of Canadians. One. Last. Time.

Monday Motivation is all about the story of Gord Downie, frontman of the amazing (my fave) band, The Tragically Hip. He died on October 17, 2017, at the age of 53 but his words will continue to inspire generations to come. Through the now immortalized lyrics from one of my all-time favorite songs, “Ahead by a Century,” Downie gives us a Monday Motivation nudge and reminds us all that this is it, there is no dress rehearsal. We need to be strong and dig deep for courage because we get only one shot at that moment, then it’s gone forever:

“No dress rehearsal, this is our life” ~Gord Downie

Nobody better encapsulates the essence of courage and Canadiana better than him. Downie is regarded as Canada’s poet, a storyteller who wove the complicated history, legends and allure of his native country into his songs which then became interwoven into Canada’s culture. Fully completely, as it were. But he was more than a songwriter. He was an advocate.

One nation under Gord

Downie used his voice to tell the stories of other people who weren’t being heard. At his last concert, he called out his Prime Minister, Justin Trudeau, who was in attendance, reminding him that Canada needed to be better and do more for the First Nations people that it had wronged and forgotten. His penultimate album, The Secret Path, exposed some of the horrors of residential schools and a dark chapter in Canada’s history. For his work, the Assembly of First Nations honored Downie, bestowing upon him a sacred Lakota spirit name, Wicapi Omani. Translated, his name means “Man Who Walks Among the Stars.”

“‘Cause it was in Bobcaygeon, where I saw the constellations reveal themselves one star at a time.” ~Gord Downie

That night in Toronto

If you don’t think that you, or one person, can muster enough courage to do the impossible, then you’d be wrong. Downie pushed through a grueling final tour, uttering a gut-wrenching primal scream of pain and anguish as he came to terms with his own fate right before our eyes. But he did what his doctors said could not be done. Now THAT is courage. And Monday motivation to be sure.

The ‘Hip slogged through a tour across Canada, emergency medics in tow, and gave a final concert that will be remembered forever. Downie single-handedly inspired 12 million Canadians, that’s one in three people who live there, to join by telecast or simulcast wherever they were, around the globe, to sing with him and the ‘Hip one last time. The concert ended with “Thanks for that. See you down the road somewheres [sic].” 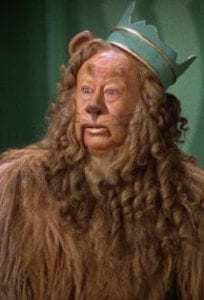 #1 – pause and read about a role model

Stop right there! Monday motivation encourages fresh starts, so it’s okay to pause, reflect and change gears. If you’ve convinced yourself that you can’t do it, read about someone who overcame the odds. Like Gord Downie. Or another Canadian icon, Terry Fox, who ran across Canada after his leg was amputated from cancer. He never finished, but he inspired a nation to finish it for him and they are still running today.

Susan Jeffers, a renowned coach, has made a career out of telling people to “feel the fear and do it anyway.” A key part of this message is the undertext – it’s okay to be afraid. That’s natural. But you can’t live in fear your whole life. At some point, you have to push through it.

I’m sure you’re nodding your head in a tsk-tsk sort of way thinking “that’s what everyone says.” But it’s said for a reason. You don’t have to boil the ocean, knock it out of the park or whatever your favorite metaphor is. But you do have to do something. However little, incremental progress is progress.

It’s Monday motivation. Go get ‘em! There is no dress rehearsal …

Dr. Loralyn Mears is a Columnist at Grit Daily and a podcast host (The Grit Files, which aims to shine the spotlight on female founders). She is a content marketer, founder of the WORKtech startup, STEERus, specializing in personal and professional development to address gaps in soft skills - communication in particular. In her consultancy practice, she helps clients with content and strategy. Loralyn spent over a decade playing with mosquito DNA, got her PhD, decided she would rather market science than be at the bench and has never looked back. Along the way, she’s wined and dined her way around the globe. She's authored two books, including the 2018 Gold Medal Indie Book award-winning, One Sip At a Time: a Memoir and the hard science thriller, "The Battle for Humanity: How Science Saved Us."