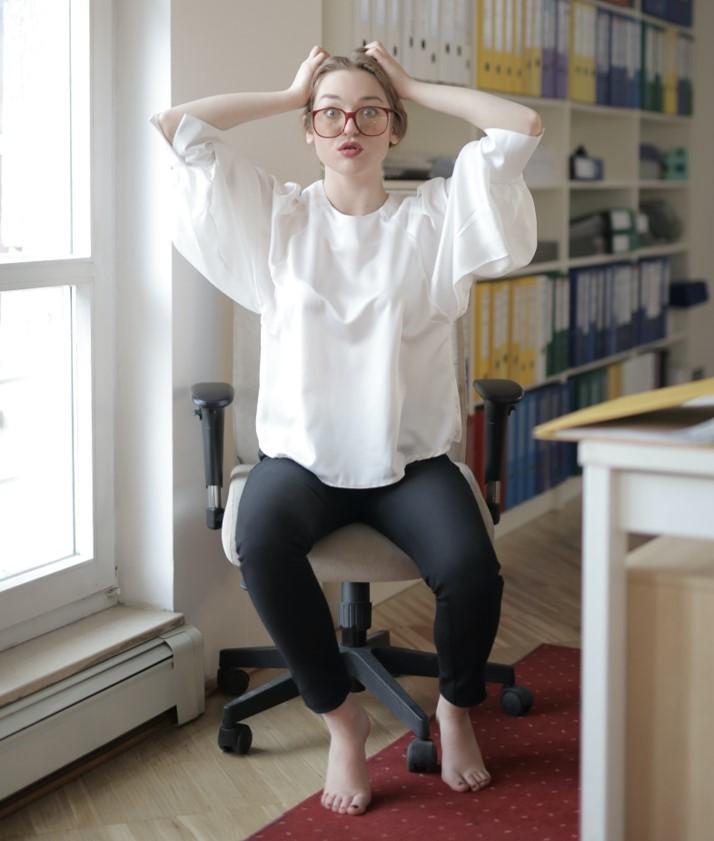 Monday motivation, we need it, stat! That sunshine is tempting us. The beach waves are calling us. Working on a startup that’s slumping in the wake of COVID, how do we find the motivation to keep going? Grit Daily is here to get your work week off to a good start. Pump your fists – it’s time for Monday motivation!

“You’ve got to get up every morning with determination if you’re going to go to bed with satisfaction.”  ~George Lorimer

And need to get unstuck? The life of an entrepreneur is not easy. Founders of early-stage startups struggle to assemble the right team, inspire their teams, find money and create a path towards a vision. Later-stage founders struggle with some of those same issues but they also have shareholder pressure, customer expectations, competing efforts, internal team conflict (sometimes), accurately balancing supply and demand and other headwinds that will knock them down from time to time. But entrepreneurs who are passionate about their vision and committed to realizing it find a way to get back up. Entrepreneurism is a lonely journey. Sometimes, you need a little boost.

“If you fell down yesterday, stand up today.”  ~H.G. Wells

You’re not the only one who’s struggled, started late, tried and failed a few times already and so on. Monday motivation is meant to boost you up all week – and into next week. We’re kicking it up in high gear this week to really put some gas in your tank and get you revved up.

We all know that Steve Jobs was fired from Apple – the company he founded.  Then he returned like the Phoenix rising from the ashes – to transform it into the golden brand that it is today. But you may not know some of these stories.

Fred Smith, founder of FedEx, developed the concept of commercial shipping as a service as his Yale term paper. His professor panned it, gave it a “C-” and said the idea was interesting but not feasible. Two years later, Fred was in business, had a couple of planes, enormous debt, a gas shortage and his primary investor bailed out. With only $5,000 left, he went to Las Vegas and played Blackjack until he won $27,000 and used that to get through the week until he found a new investor. A crazy plan, but he was determined.

Nick Goodman launched not one but two tech startups – and both failed miserably – which earned him the unenviable status of being named to the f**kedcompany.com list of failures. With his confidence shaken, he returned to his passion of surfing and was motivated to ensure he didn’t fail again. He didn’t. He toiled 18-hour days with his mini-camera strapped onto his wrist and learned to “ride fear as a wave.” The mantra, “evolve or die” was one that he’d already adopted so he obsessed over his product, learned how to sell like a rockstar and stayed focused on his end goal. Today, GoPro is worth more then $3 Billion, even though its growth has flat lined for years and analysts aren’t wholly impressed. Ask Nick if that matters now?

Your reserves are tapped, what do you do? Your startup is having a hard time getting off the ground or you’re so overwhelmed by all that you have to do that you’re drowning in Trello cards, Jira tasks and Slacks. Now what? Monday motivation has a few tips on how to dig in – once more (and it won’t be the last time) – to find the strength to keep going.

“Be miserable. Or motivate yourself. Whatever has to be done, it’s always your choice.” ~Wayne Dyer

Ideally, you have your 30, 60, 90-day plans along with your 6-month, 1-year, 3-years and 5-years plans mapped out to some degree. If you don’t have a clear plan for at least the next 30-60 days, you are going to be highly stressed out. Having a plan and working towards it, even if there is a bit of a slippage, has a much greater probability of success than winging it with no plan at all.

“Stress is caused by being ‘here’ but wanting to be ‘there.’”  ~Eckhart Tolle

You’re probably saying, “Yup. Heard that one a million times. Wake up and make your first thought of the day one of gratitude to put your day on the path towards happiness. Whatever.” But it works. That’s why you hear about it. All. The. Time.

“When you arise in the morning think of what a privilege it is to be alive, to think, to enjoy, to love…”  ~Marcus Aurelius

We’ve recently discussed the importance of balance which does involve spending some time with nature. Even if it’s limited, it can make a difference. Ideally, getting away to a cottage, beach house or hiking in a state park are what we all aim for but may not always be possible. A walk around the block taking careful note of the cute dogs, bird songs, flowers and other gifts from nature may be all that you need.

“Life is full of beauty. Notice it. Notice the bumble bee, the small child, and the smiling faces. Smell the rain and feel the wind. Live your life to the fullest potential, and fight for your dreams.”  ~Ashley Smith

Too much of anything is rarely a good idea so there is a very clear line here. If you wake up, you feel like dirt, nothing is going right, you’re burnt-out, stressed-out and don’t have it in you to put in a productive day, then skip out. Or, if you’ve had a total crap day or outcome, give yourself some space to work though it. On your own. Cancel whatever you have going on for that day (Board Meeting or Investor Meetings aside – you have to suck it up for those!) and make an alternate plan.

Be spontaneous. Drive to the beach if it’s available to you. Get a massage, mani- or pedi- or whatever. Take a hike and pack a picnic. Spend some time with yourself – and withOUT your cell phone – and chill out for a bit. Indulge yourself one day of “me time” to reset and get your head back in the game. Know that you WILL live to fight another day and that, tomorrow, it’s game on.

“Do not be embarrassed by your failures. Learn from them and run again.”  ~Sir Richard Branson

If entrepreneurs know ONE thing, it is that perseverance is key. Never, ever give up. Did you know that this is my 200th article for Grit Daily News? None of the entrepreneurs that I admire are bombing my inbox with invitations begging me to write for them – yet – but you never know. Keep dreaming. And never stop trying!

Loralyn Mears is a freelance columnist at Grit Daily covering coaching, tech startups, women-in-tech, events, and investors along with wine-food pairings. She spent over a decade playing with mosquito DNA, got her PhD, decided she would rather market science than be at the bench and has never looked back. Along the way, she’s wined and dined her way around the globe. She’s authored two books, including the 2018 Gold Medal Indie Book award-winning, One Sip At a Time: a Memoir. Check out her Women-in-Tech LIKE A BOSS podcast which features fascinating guests with snappy insights. Today she runs “Toasted Marshmellow” and helps companies with their go-to-market strategy whenever she’s not cooking for her teenage step kids who are *always* hungry.

Have a fabulous week and don’t you dare give up!

Photo by Andrea Piacquadio from Pexels