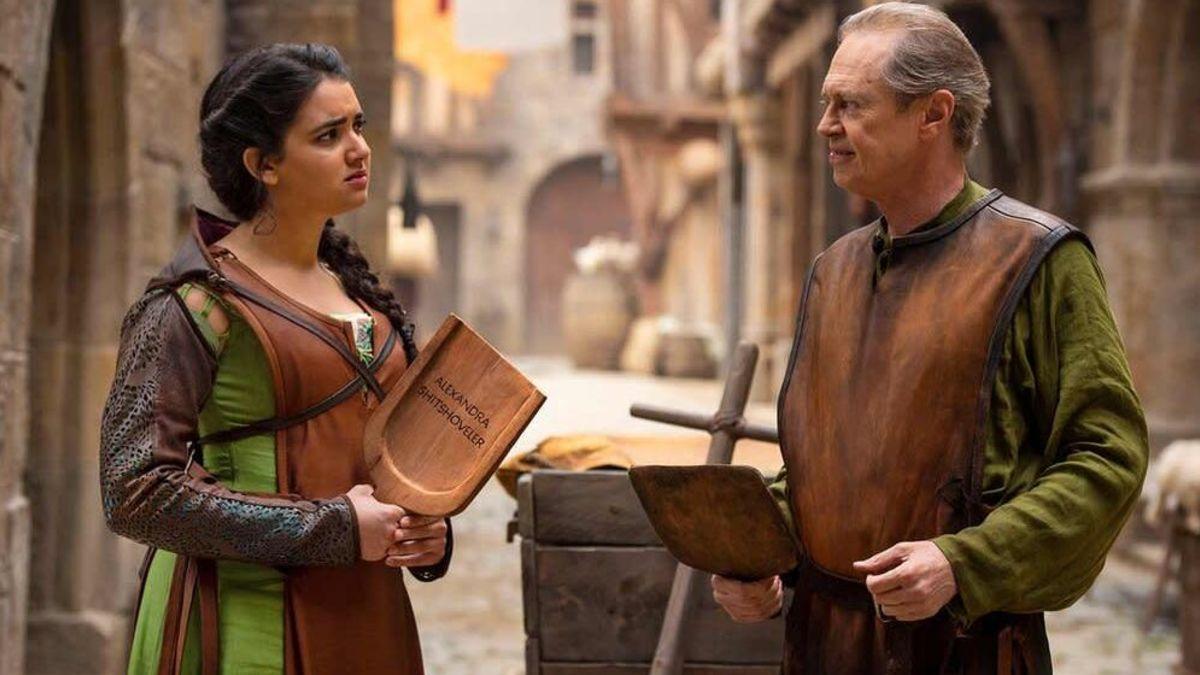 You Should Be Watching TBS’ ‘Miracle Workers’

It’s a miracle: Miracle Workers is getting a third season at TBS. The half-hour comedy from the mind of Simon Rich is a strange delight that has managed to maintain steady ratings through its two seasons. Starring Daniel Radcliffe, Steve Buscemi, Karan Soni, and Geraldine Viswanathan, each season of the comedy is a new story with a new setting.

Miracle Workers: Dark Ages (available now) performed exceptionally well and captured 27.5 million viewers on all of TBS’ platforms. The new season is funnier, stranger, and everything we hope from Rich. “Miracle Workers is a perfect example of the fun, escapist humor that we take pride in delivering to our viewers,” said Sam Linsky and Adrienne O’Riain, the co-heads of scripted original programming for TBS. “We can’t wait to see how this incredibly dynamic cast and talented group of storytellers hilariously rewrite 19th century history.”

The main cast are returning for a third season. The show is also getting new showrunners, Dan Mirk and Robert Padnick. Both were involved in the previous seasons. They also worked on Rich’s fantastic FX show, Man Seeking Woman, which also miraculously survived for three seasons. “Getting to tell an entirely new story with this ludicrously talented cast each season is a dream come true,” said Mirk and Padnick. “We could not be happier that TBS has given us the reins on this unique and special show.”

Saturday Night Live creator Lorne Michaels is a producer of the TBS series, which only saw a slight dip in its second season ratings. Fans, however, would agree it was the superior season. That’s why it’s disappointing Rich, who was a writer on SNL, is no longer running his show based on his book. Originally, Rich didn’t even think his story would work as a television show, because the original story is only 200 pages long. TBS, however, convinced Rich to make an anthology show. The showrunner has yet to reveal why he stepped down from his post at Miracle Workers. TBS has yet to comment, too.

Earlier this year, the writer confirmed he had an idea for season three. Once again, the idea was based on a short story of his, but he never confirmed which story. “All of the seasons are based on my fiction, so I assume I will mine from that again,” Rich told Syfy. “But I also consult with the cast early in the process and we work together to craft the characters. They come into the writer’s room. We picked the cast for a reason because they are versatile, fearless, and work well together. I solicit their feedback because I trust them, and they are as excited as we are.”

It’s a shame he’s no longer running his creation. Rich’s sense of humor is the main draw of Miracle Workers. It’s so outlandish yet relatable, like Man Seeking Woman. The man is a comedy genius, whose short stories everyone should read, too, if they want some big laughs. He was a writer on Saturday Night Live when he was only 22 years old. Conan O’Brien has praised him as one of the funniest writers around. Even Pixar tapped Rich to work on their movies.

Rich’s material can’t be put in a box. It’s not overtly commercial comedy, that’s for sure. It’s not broad. Rich’s sense of humor is his own. Even his most recent film credit, An American Pickle, Sony didn’t want to release in theaters because it’s such a strange and specific comedy. It’s a miracle that Miracle Workers got the third season order just like it’s a miracle Man Seeking Woman got a third season. Rich writes such joyful, feel-good comedy that can touch on real-life drama in the silliest of scenarios. He’s such a talented storyteller, so it’s unfortunate he’s no longer running the show at Miracle Workers. Still, you should watch it, especially season two.