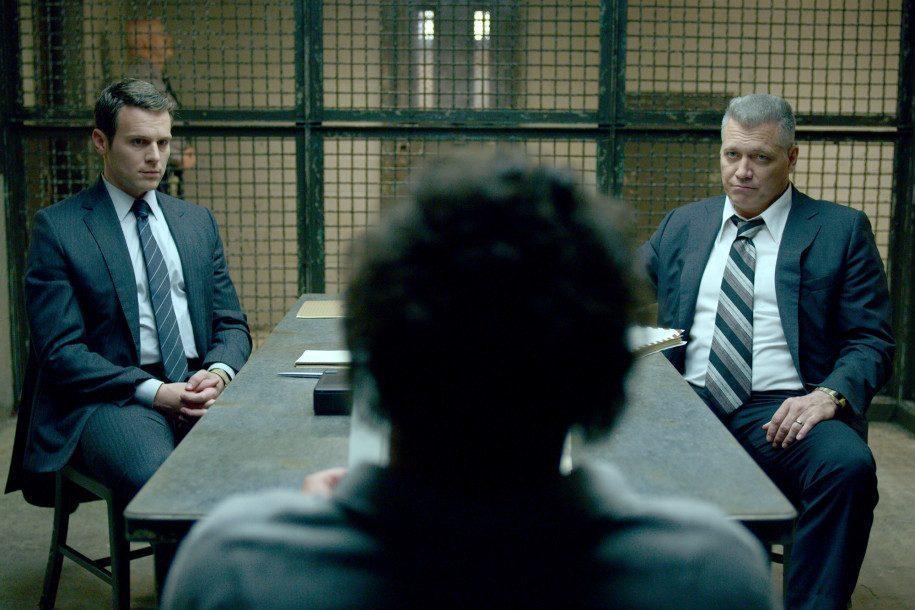 ‘Mindhunter’ May Be Over at Netflix

All Mindhunter fans are a little on edge today because a season three of director David Fincher’s crime series isn’t looking good today. The three stars of the series — Jonathan Groff, Holt McCallany and Anna Torv were released from their contracts as the show is on indefinite hold.

Fincher is busy with his Netflix movie, Mank, but there are a few other reasons why we won’t see the director head back to Langley to revisit FBI agents Bill Tench (McCallany) and Holden Ford (Groff).

The fantastic second season of Mindhunter debuted five months ago after a long two-year wait. It was more than worth the wait, though. In a statement, Netflix said Fincher is simply busy and wants the cast free to do as they please until he decides how to proceed (Source: Deadline):

“David is focused on directing his first Netflix film Mank and on producing the second season of Love, Death and Robots. He may revisit Mindhunter again in the future, but in the meantime felt it wasn’t fair to the actors to hold them from seeking other work while he was exploring new work of his own.”

Love, Death and Robots is an animated series that fulfilled a long-time itch of Fincher’s to bring back Heavy Metal, which he once wanted to make a movie with other A-list directors years ago. Fincher is presently in pre-production on Mank, written by his father, Jack Fincher. It’s about the screenwriter of Citizen Kane.

Mindhunter is David Fincher’s show. Joe Penhall created the series but he left after one season. Fincher always directs a few pivotal episodes himself, but every once in awhile, he’ll step in on other episodes.

It’s a lot of work for Fincher, who according to Deadline, is a little tired of lengthy shoots away from home. Insiders also say Fincher was hoping to increase the budget for the Netflix series, which while popular and acclaimed, isn’t one of the streaming service’s most popular shows.

Netflix Will Keep the Door Open

Netflix wants more Mindhunter, but the problem is, Fincher is busy until the end of the year with Mank. Even if he worked on a Mindhunter season three after that, we won’t see it until maybe 2022. It’s a long wait, but then again, Fincher had a five-season plan for Mindhunter.

McCallany confirmed to THR the filmmaker’s initial plan was to produce five seasons:

“He said ‘Listen, are you ready to do this for five seasons? Because even if I fuck it up, it’s gonna go five seasons, and I don’t intend to fuck it up.’ So I’d like to think that we will continue, for as long as David is intrigued by telling this particular story.”

In the meantime, McCallany and fellow Mindhunter cast members are moving onto other projects. McCallany has signed on for Guillermo del Toro’s next movie, while Groff is going to co-star in the next Matrix sequel.

The Playlist has more insider info about the Mindhunter scenario, including the fact that Fincher wants to get back to directing movies. He hasn’t made one in six years, Gone Girl, and he spent a lot of his precious time on a World War Z sequel that Paramount foolishly canned.

In the future, Fincher even plans to make more movies for Netflix, so there’s clearly no bad blood between them over Mindhunter. The director may even reunite with his old screenwriter pal Andrew Kevin Walker (Se7en) in the future, possibly for a Netflix project.