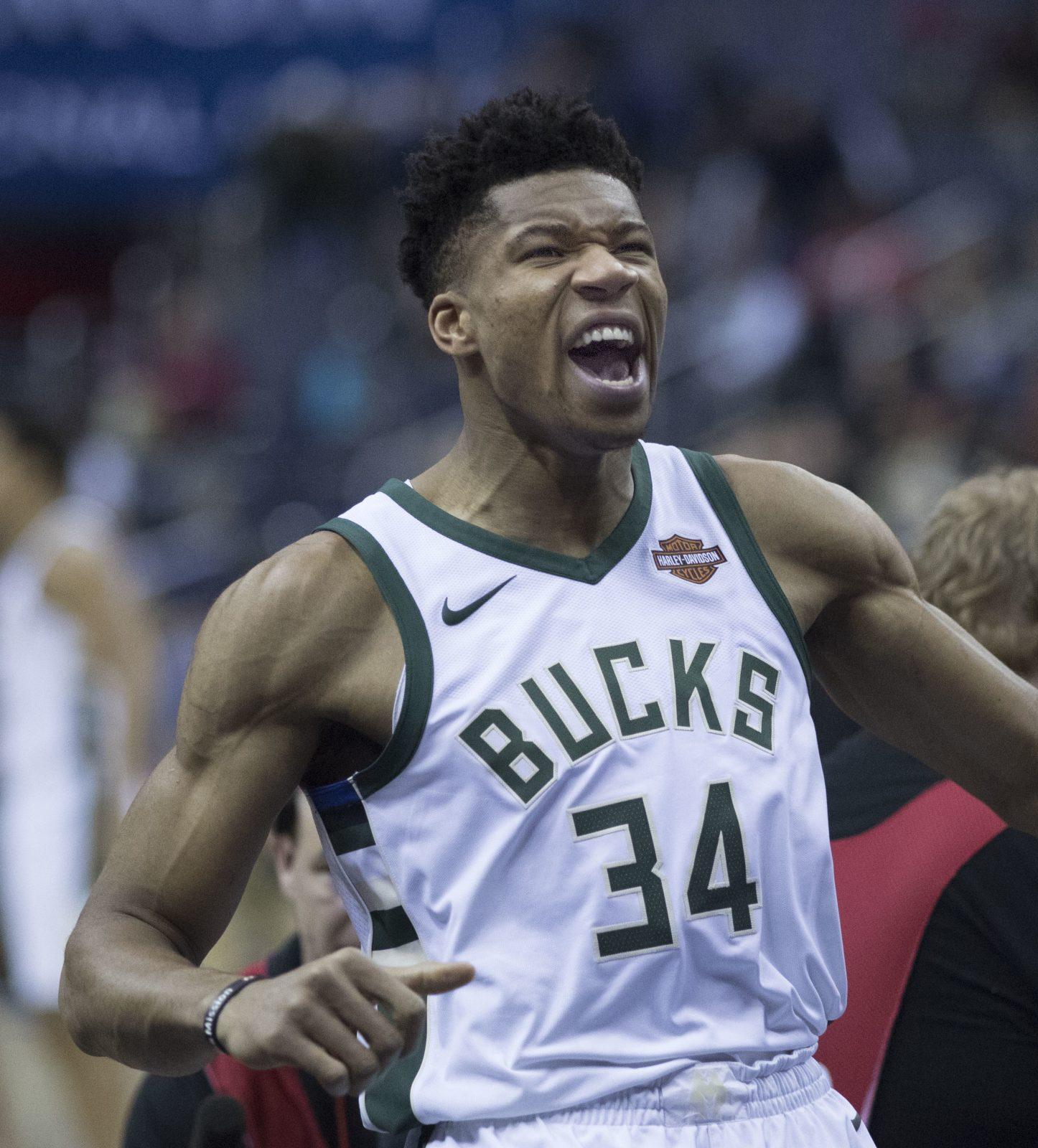 The Milwaukee Bucks shocked NBA fans today when they chose to boycott their playoff game today, Wednesday, August 26th, against the Orlando Magic in protest of police violence and the shooting of Jacob Blake. Somewhat surprisingly, the unprecedented decision to skip the game resulted in a postponement rather than a Bucks’ forfeit after the NBA decided to postpone all of the games scheduled for today.

Even during a season defined by a civil rights movement (and a global pandemic), the decision by the Bucks is particularly shocking because they are legitimate championship contenders. Lead by the reigning NBA MVP, Giannis Antetokounmpo, the Bucks refused to take the court while their home state reels from the shooting of Jacob Blake.

On August 23rd, Blake was shot seven times in the back at point-blank range during a sickening experience with the police that left him paralyzed. Wisconsinites took to the streets to protest the senseless shooting, prompting the Governor to declare a State of Emergency as some of the peaceful demonstrations devolved into riots.

On the third night of protests, Tuesday, August 25th, 17-year-old Kyle Rittenhouse traveled to Kenosha, Wisconsin from Antioch, Illinois, and opened fire on protestors, killing two and injuring one. This was a major contributing factor in the National Gaurd being called to Kenosha.

The Bucks did not announce that they would be skipping this game, opting to take everyone by surprise. The team showed up at the arena adorned in various shirts emblazoned with their individual messages, such as Brook Lopez and D.J. Wilson’s “Black Excellence,” Pat Connaughton’s “Protect Kids Not Guns” and George Hill’s “Change the Narrative.”

The players then went to the locker room and refused to come out for the warm-up or take part in the game. Intent on doing everything in their power to make a difference, the Bucks attempted to go beyond making a statement with their boycott by getting in contact with Wisconsin’s Attorney General, Josh Kaul.

Prior to the game, Bucks coach Mike Budenholzer was asked about any potential demonstrations by the players. He gave a vague response regarding any planned protests but made sure to stress the importance of social justice:

“Our team has had lots of conversations and has a high level of concern and wants to continue to fight for racial justice, for social justice, for the end of excessive use of force by police, but I think it’s best for our team conversations and what we’re thinking and doing to stay private until if and when a player or myself decides something needs to be made public. But there’s a lot of concern, there’s a lot of conversation, there’s a lot of frustration, but I also think our players want to find a way to fight for better and there’s lots of different ways to do that. I think everything is under consideration.

Once warm-ups were about to wrap up, the Orlando Magic seemingly realized what was going on and went back to their locker room. NBA officials crowded outside of the Bucks’ locker room to try to get an answer and get them on the court, but the players refused to come out.

After the game was postponed, the Magic released a statement expressing solidarity with the Buck’s protest. “Today we stand united with the NBA Office, the National Basketball Players Association, the Milwaukee Bucks and the rest of the league condemning bigotry, racial injustice and the unwarranted use of violence by police against people of color,”

“Shouldn’t Have Even Came to this Damn Place”

The Milwaukee Bucks players were very open when it came to discussing their views on the Blake shooting and the Black Lives Matter movement. One of the more vocal Bucks is George Hill, who is doing his part to follow through on his shirt’s message urging people to “Change the Narrative.”

The guard explained that “[they’re] tired of the killings and the injustice,” before going on to suggest that “[the players] shouldn’t have even came to this damn place.” His full statement to ESPN’s Marcus Spears did not mince words:

“It’s just sickening. It’s heartless. It’s a f—ed-up situation. Like I said, you’re supposed to look at the police to protect and serve. Now, it’s looked at harass or shoot. To almost take a guy’s life. Thank God he’s still alive. I know the cops are probably upset he’s still alive, because I know they surely tried to kill him. But to almost take a man’s life, especially in front of one’s kids, that wasn’t resisting, in his back at point-blank range, is a heartless and gutless situation. We need some justice for that.”

When asked what NBA players can do to help fight police brutality and to push the Black Lives Matter movement forward, Hill responded:

“We can’t do anything. First of all, we shouldn’t have even came to this damn place, to be honest. I think coming here just took all the focal points off what the issues are. But we’re here, so it is what it is. We can’t do anything from right here, but I think definitely, when it’s all settled, some things have to be done.

The Bucks sitting out of the game was a shocking move that captures the players’ frustration. Not much else could have driven their point home in the way that making the choice not to play a playoff game and risking a forfeit when they are poised to close out the series did. The move was so bold that the NBA took a look at the entire situation and chose to postpone all the Game 5s scheduled for today.

The general consensus is that fighting against the recent plague of police violence and killings is more important than basketball is right now. Bucks center Brook Lopez made that clear when he said, “I don’t think [protesting] is a distraction because it’s where our focus should be. This issue is where our No. 1 focus should be at the end of the day.”

The Bucks weren’t the only ones thinking about boycotting the playoffs. Fred Van Fleet from the defending champion Toronto Raptors discussed the idea during his time with the media on Tuesday.

Of course, all of these players are right when they say that confronting police violence and systematic racial inequality is more important than the NBA playoffs. This is even more true when considering how the season has been affected by the COVID-19 pandemic. So the question is, what is next?