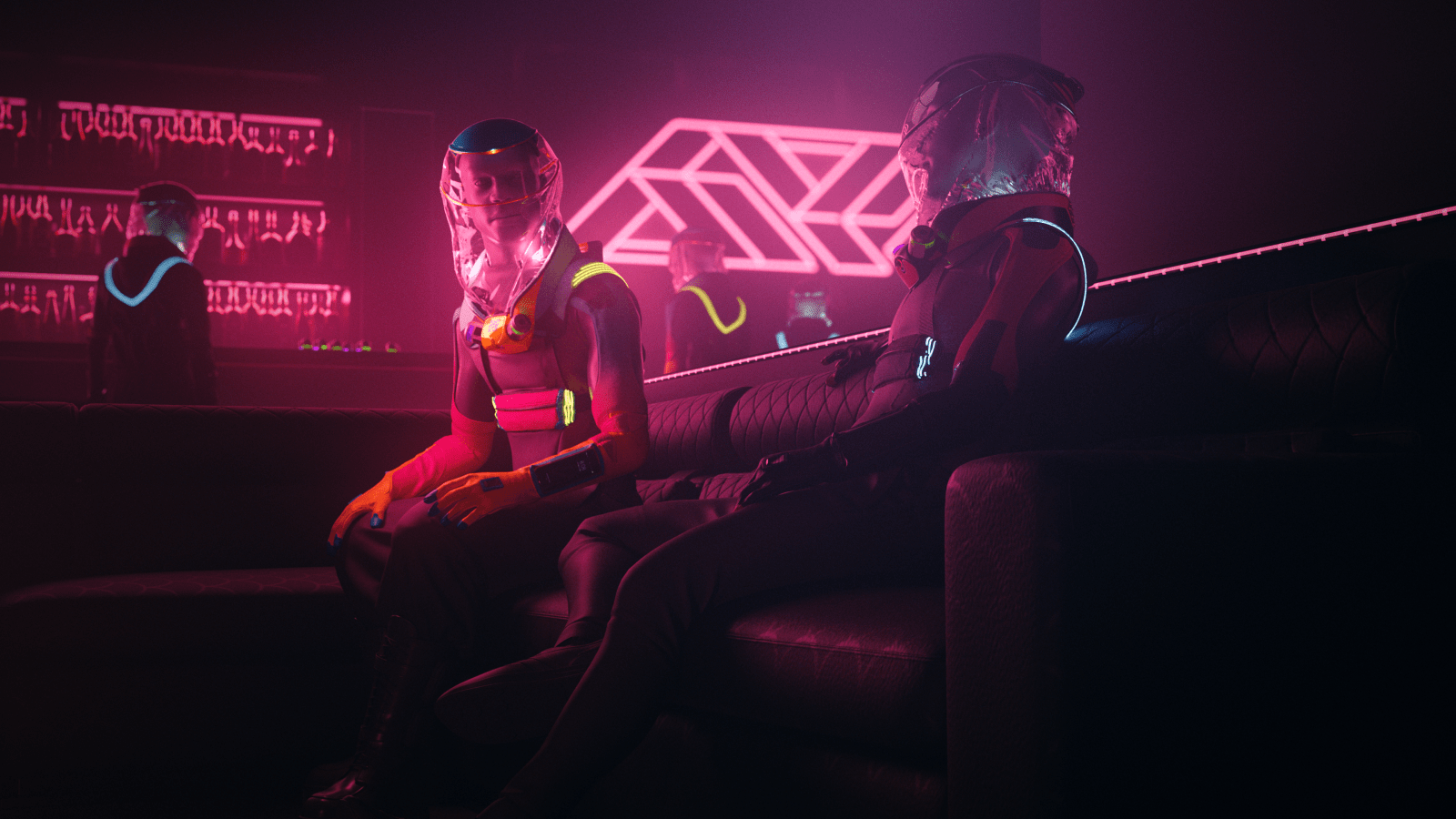 A Look at the PPE for the Nightclub, Micrashell

As the nation prepares to open back up after the COVID-19 lock downs, we find ourselves on the cusp of a transition period filled with uncertainty. People will be aching to break the monotony of the quarantine, but they will still be worried about exposure to COVID-19. The design team at Production Club, a multidisciplinary creative studio based in Los Angeles, thinks they have an answer to that dilemma with their new project, Micrashell.

You may have recently seen Micrashell on social media. After discovering the concept that very way, I was full of questions and reached out to Production Club to learn more about the personal protective equipment (PPE) designed for the nightclub.

Micrashell is PPE designed to protect its wearer while they fully enjoy the extremely close quarters that are a part of concerts and raves. Designing PPE that could be used in nightclubs presented the Production Club design team with a unique set of challenges. Ultimately, Micrashell is a novel concept that embodies the company’s ethos as described by Head of Innovation, Miguel Risueño.

“Production Club was born in the rave counter-culture, so DJing and safe partying is in our skin. If a roadblock that prevents this very thing suddenly arises, it is our responsibility as leaders and designers to come up with solutions for it.”

Micrashell occupies a gray area between wearing gloves and face masks and wearing a hazmat suit. It is an air-tight helmet and top suit that is designed to be easily worn over a concert-goer’s clothes, ensuring that they are able to use the restroom when necessary.

You can take a look at the full breakdown of the Micrashell on the Production Club website.

A Closer Look at the Helmet

The helmet is the crux of the design. The wearer will be protected from disease by a completely transparent helmet that is made out of both soft and hard plastics that increase the ease of movement. Having a clear view of someone’s face will also help increase emotional connections and minimize awkwardness while partying in a Micrashell.

Not only is the helmet where Micrashell fulfills its primary purpose with its particulate filtration system, it is where the specially designed vape and beverage consumption tubes are located. Yes, this suit allows party goers to drink and vape while shielding themselves from any potential contagion.

Using specially designed canisters that clip into the front of the helmet, Production Club has created a solution to the most obvious issue surrounding wearing PPE in a nightclub. The “partially disposable” drink canisters are designed to be filled by the bartenders on site and sold before being sanitized and re-used. They would be available for purchase from the bartenders at any given venue that chooses to partner with Production Club on the Micrashell project.

The vape canisters clearly require a partnership with a vape company. According to a Production Club representative, some beverage companies have expressed interest in doing the same thing. That would then make the canisters fully disposable, branded units that would be sold at the bar of the partner venue.

What Do You Mean by Partner Venue?

Micrashell is a truly unique concept that is being brought to life on an accelerated timeline due to the nature of the product and the global issue it addresses. Production Club’s Head of Special Projects, Corey Johnson, explained to Grit Daily how they plan to bring Micrashell to the people.

“Our primary thought in designing Micrashell was for it to be sold to businesses, venues, and promoters. While there may be a direct to consumer angle as well, our thought has been mainly to provide sterilized suits directly to venues to allow higher numbers of people to physically gather, socialize, and listen to music together… safely. Based on the positive reactions and strong cross-industry interest we’ve gotten, we’re studying what’s the best model for us to bring Micrashell to market.”

The business to business model is great for Micrashell in a few different ways. Firstly, it protects consumers from what would most likely be a high price tag. Mainly, selling it directly to venues guarantees that all event attendees would be wearing the suit and are shielded from the risk of catching COVID-19.

The road to normalcy is paved with uncertainty. No one is sure exactly how and when concerts and club nights will return across the country. The longer it is, the more likely a Micrashell club night will sell out. Risueño, Johnson and the Production Club team are very aware of the situation we are all in. Risueño summed up their call to action by saying, “Great innovations arise when there’s a big challenge at hand.”

“With the future of the live events industry being suddenly compromised we felt that Production Club resources should focus in designing solutions to protect the importance of in-person interactions.”

Published in Gadgets & Apps and Tech