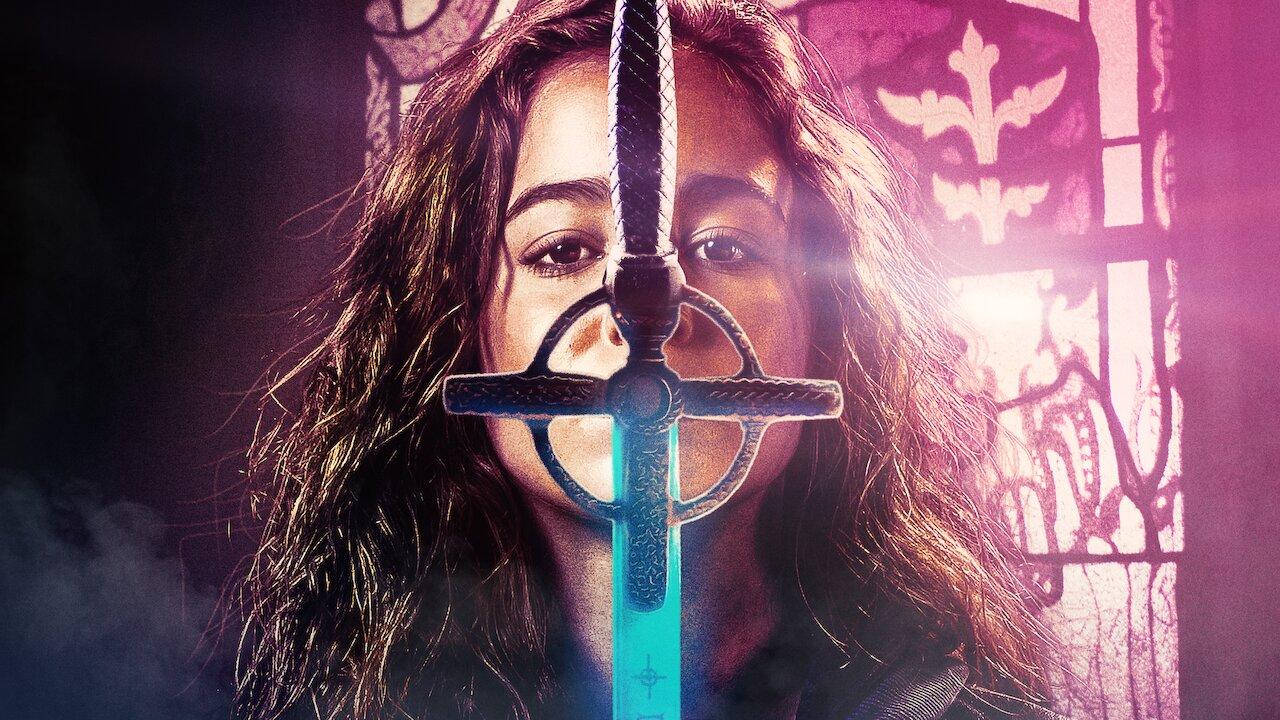 Netflix’s Warrior Nun has arrived, and the buzz is high; The Guardian claims the first season, based on Ben Dunn’s comic Warrior Nun Areala, “has all the shameless, breathless, genre-splashing and-thenning that you haven’t seen since the first season of Stranger Things.”

Producing and writing by Barry’s side is David Hayter, a fixture in all things pop culture. He’s best known as a video game voice actor, having been the original iconic voice behind Solid Snake of the Metal Gear Solid franchise. Recently, he voiced swordsman Zangetsu in the 2019 sleeper hit Bloodstained: Ritual of the Night.

Despite his video game cred, Hayter has been in the film and TV business even longer. He made his debut appearance as an actor in a commercial at the age of 15 in 1984. He later starred as the titular character in Guyver: Dark Hero, and was known to Marvel fans as the voice of Captain America in the 90’s Spider-Man cartoon.

Hayter tells Grit Daily that he worked his way up to writing his first major motion picture, X-Men, after several smaller gigs of script supervision  (Hayter says he views networking and submitting scripts to film festivals as being key for aspiring screenwriters). He would later write scripts for X2 and Zack Snyder’s Watchmen, the latter of which was strong enough to impress the notoriously hard to please writer of the source material, Alan Moore. He later wrote and directed his own film, Wolves, starring Lucas Till and Jason Momoa.

Hayter never had much experience in a creative capacity on a television show. He told Grit Daily, “I’ve always wanted to get into television, specifically having a desire to to learn about production, sort of a ‘showrunner in training’.”

That’s when he was referred to Simon Barry, who took him on Warrior Nun in a sort of “apprenticeship”.

Making that second jump from film to Peak TV streaming television came naturally: “[Writing for streaming television] isn’t terribly different. Storytelling is storytelling. Development executives are development executives. One difference is: Netflix asks you to end on a cliffhanger so the viewer is compelled to binge to the next episode. There are certain rules to adhere to that fit into their algorithm. Still, a good story is a good story.”

The minds behind Warrior Nun strove to create a dynamic and exciting show. Though it somewhat deviates from the extremely over-the-top source material (which Hayter noted was filled with “scantily clad nuns doing ‘virgin kicks’”), the desire was there to deliver an unforgettable experience, with a sociopolitical twist.

Hayter says, “We wanted Warrior Nun to be crazy, off the wall, and filled with action, supernatural stuff, horror… all of those things. At the same time, for a character who is sort of a non-Catholic drawn into battles for the Catholic Church, we wanted to explore all aspects of the Church, good and bad.”

The source material proved to be extremely controversial in that aspect; Hayter assures fans of the comic that the show doesn’t skimp out. “It’s the Catholic Church. We didn’t want to whitewash it, or have any voices go unrepresented. “It’s an incredibly forward thinking show that addresses a lot of the issues in the world right now, in a pretty cool and subversive way. That’s what drew me to Warrior Nun, and I think we pulled it off.”

Hayter’s first big contribution to the show as a writer is episode four, “Ecclesiasticus 26:11”, directed by Polish filmmaker Agnieszka Smoczyńska. Hayter had a big chance to demonstrate his action chops.

“I got to really unleash the nuns in a new way, particularly the character of Sister Beatrice. It was executed really beautifully by the crew and the fight team.”

Still, with this show being a female-driven action powerhouse, it was important to Simon Barry and David Hayter that they had an appropriate roster of women writers and directors, adding authenticity: “We wanted our women to feel real, and not just female characters written by men.”

This diverse mix of creative minds makes for a dynamic show: “It was our mandate that each episode feels different. Each episode reflects the minds of the writers, taking the tone of each creative mind behind it. It’s difficult to anticipate what to expect. I think people are really gonna dig it.”

Hayter’s repertoire of skills are evolving even thirty years into his career, and his first major foray into television has proven to be a hit thus far.

“I hope Warrior Nun reaches people, particularly young women struggling in today’s world, to find their voices and kick ass in a way that embraces their own power. That’s my dearest goal.”

All episodes of Warrior Nun are currently streaming on Netflix.

Doug McCausland is a writer and filmmaker out of New York City.