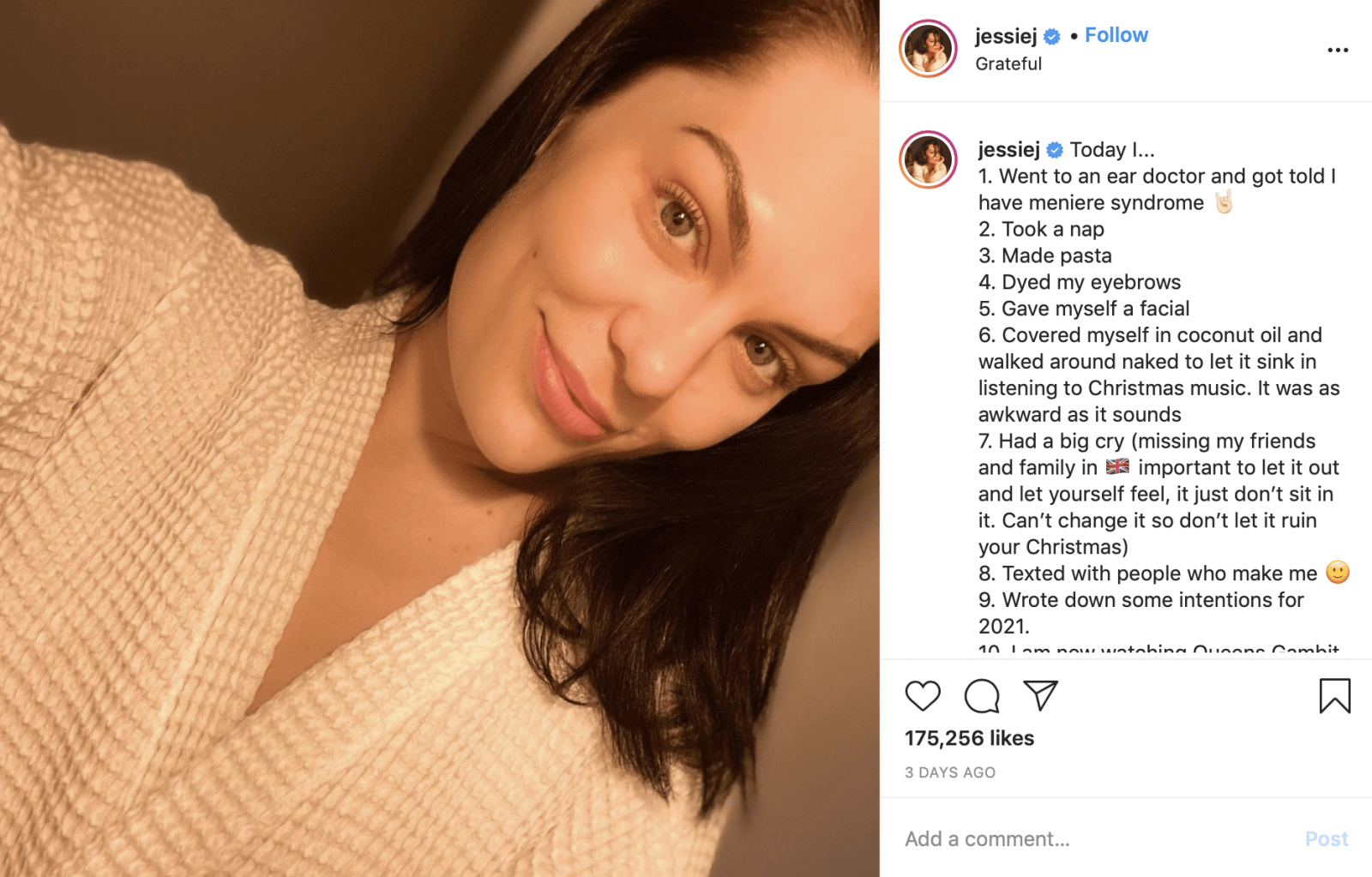 What Is Meniere’s Disease? All About The Ear Disorder That Singer Jessie J Suffers From

Singer Jessie J revealed on Instagram this week that she suffers from Meniere’s disease, an inner ear condition that causes ringing in the ear and vertigo. The singer revealed that she went to the hospital last week unable to hear in one ear, or walk a straight line due to the changes in her equilibrium caused by the disease.

While rare, the disease has unknown causes and often shows up in patients between young and middle adulthood. Known as a chronic condition, the disease most often shows up in only one ear, and can cause vertigo due to the shift in equilibrium that most patients experience with the disease. Some symptoms can mimic a feeling of fullness in the ear, or feeling like your ear has pressure that it did not have before.

There is no known cure for the disorder, but proper diagnosis and treatment can diminish the symptoms that one might experience, such as dizziness, vertigo or ringing in one ear. While not life threatening, the disease can be a major inconvenience if left untreated for too long. Jessie J, who posted about her experience at an ear specialist, explained that her decision to talk about her diagnosis with the disease was meant simply to raise awareness that it exists rather than incite panic among her fans.

“What felt like I was completely deaf in my right ear,” said the singer on Instagram. “I know that a lot of people suffer with it and I’ve actually had a lot of people reach out to me and like give me great advice,” she continued. “I’m grateful that I went [to the ear hospital] early and you know, they worked out what it was real quick. I got put on the right medicine and I feel much better today,” she explained.

The singer also posted on Instagram to clarify that the media coverage surrounding her diagnosis with Meniere’s Disease has been largely overblown. “Since going live I have watched the media take 3 words from this live and create a very dramatic version of the truth. I’m not surprised BUT I also know I too have the power to set the story straight. I’m not posting this for sympathy. Im posting this because this is the truth. I don’t want anyone thinking I lied about what actually happened. I wasn’t aware of Menieres before now and I hope this raises awareness for all the people who have been suffering way longer or worse than I,” she explained.

Published in Consumers, Entertainment, Health, Health and Wellness and Health/Wellness