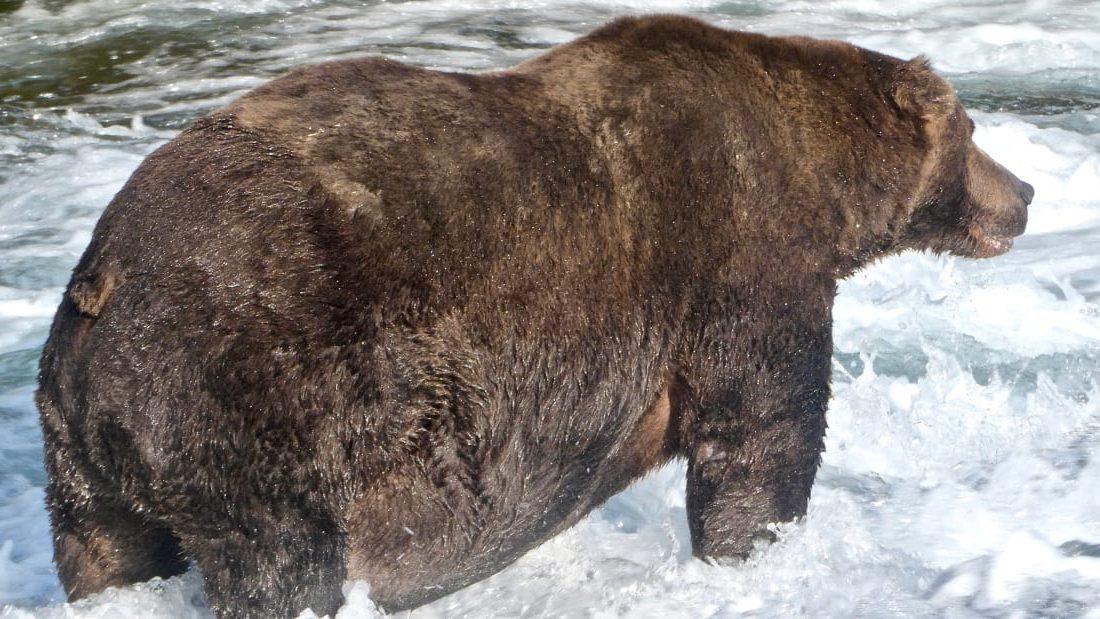 Fat Bear Week officially has a winner! This annual contest via Katmai National Park in Alaska has been stealing the hearts of wildlife lovers for a few years now, and this year’s winner is a steely fluffball who weighs in at well over 1,400lbs.

Affectionally nicknamed Bear 747, after the jumbo jet, this male has been in the running more than once but lost out to some bigger competition. This summer’s feasting season must have been really good because he finally bulked up enough to cinch the win.

Bears spend the summer eating and gaining enough weight to get through hibernation. As they hibernate, their bodies must survive off of the fat and nutrition gained in the previous season. The bigger the bear, the more healthy they are. Basically, winter is the survival of the fattest.

Though they didn’t release the actually weights of the bears (as it’s a national park with wild animals), Katmai is a huge bear preserve where the bears routinely grow huge. Their bear cam is a popular feature for fans looking to watch these adorable beasts hunt and play through the summer. The rivers in Katmai are full of salmon in the summer, meaning all these bears are routinely used to getting a thorough feast. Experts at the park report this year’s salmon haul as bigger than usual, which is good news for the bears.

Voting started a few weeks ago, with officials from the park creating a basketball-style bracket with 12 bears. If you missed this year’s vote, you’ll be able to follow the action next year too.

Despite being an early favorite who easily beat out the competition, park officials don’t think the win will go to 747’s head. “When asked what he intends to do now that he has won, the only response was a look before going back to fishing in the Jacuzzi near the Brooks Falls, one of his favorite fishing spots,” the park said.