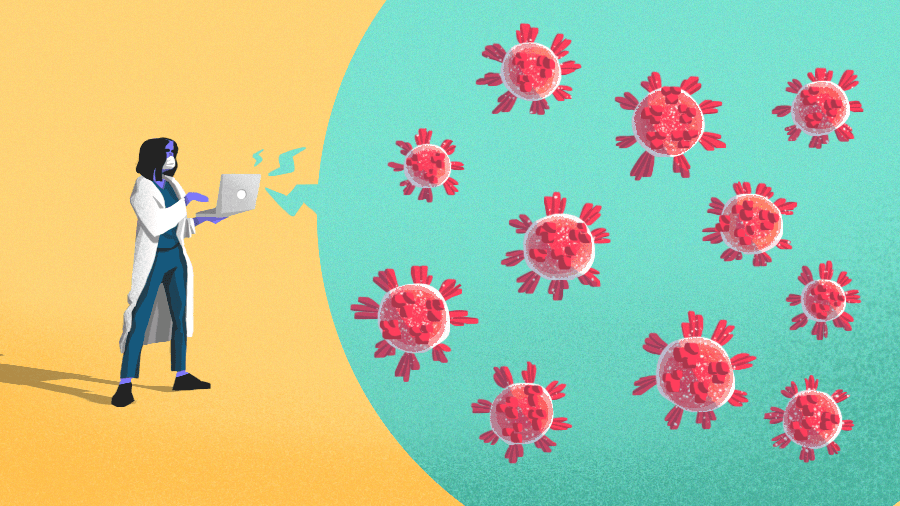 Major tech conferences have been canceled or postponed because of concerns surrounding the novel coronavirus. Mobile World Congress. F8. Google I/O. And in turn, companies that support remote meetings are flourishing. Virtual conference platform Hopin is the latest to join the roster of businesses benefiting from increased demand for services that facilitate working and networking remotely.

Three weeks ago, Hopin had 10,000 organizers on its waiting list, Hopin CEO Johnny Boufarhat said in an interview with Crunchbase News. Now, that number is up to 18,000 organizers.

“People heard of Hopin, saw our tweets, thought ‘oh that’s a good idea for our events’… and then as soon as this happened I think they sort of just jumped through,” Boufarhat said.

Hopin came out of stealth about three weeks ago and raised $6.5 million in seed funding from investors including Accel and Northzone last month.

Hopin aims to replicate the experience and benefits of attending a conference without the expenses and other hoops like travel, logistics and environmental impact. People want to go to conferences to meet others, not just to watch presentations, Boufarhat said.

“That’s why people go to events, it’s not for live streaming,” he said. “You go physically to network with people, to interact with people. And that’s what we solve.”

Boufarhat walked me through a demo of the platform on Wednesday. Users can watch what’s being presented on the “stage,” join sessions, or network with other attendees.

About 100,000 people can tune in to presentations happening on the stage–a figure the company wants to get to 1 million soon. The “sessions” feature lets users join gatherings with other people, raise their hand and ask questions. And “networking” works something like chat roulette for events–organizers can put groups together or keep them apart if, say, they don’t think reporters want to be networking with salespeople.

Hopin is still in early-access mode and has hosted about 1,100 events so far, 800 of which have been in the past six weeks, Boufarhat said. The number of attendees at events from January to February grew nine times.

The company has 20 employees and is planning to double its team to keep up with the product and demand.

Said Boufarhat, “We’re still product focused, we’re always going to be product focused … but at the same time, we need to be able to help people who want to have these events.”

Published in Entrepreneurship, Start-Ups and Tech