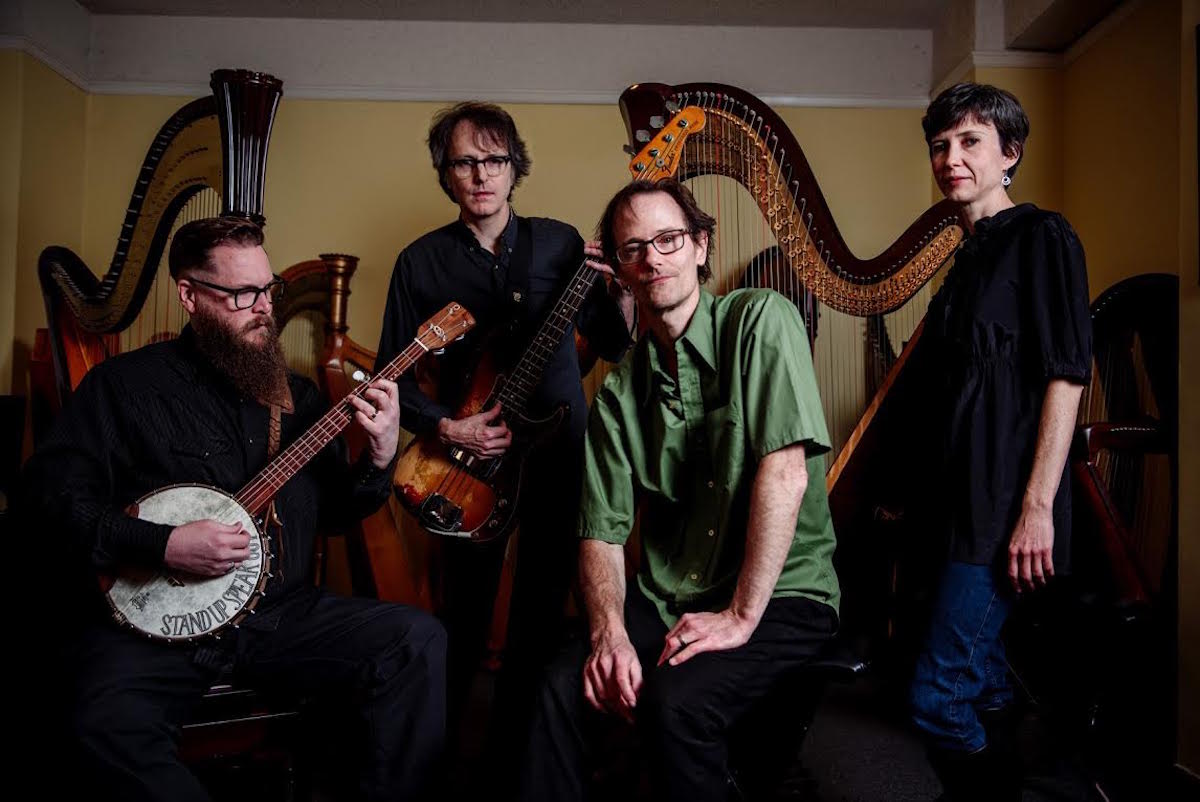 Matthew Wilson has proved himself to be a humble and inspirational creator in the music realm. His talent for combining different musical elements is remarkable, creating connections in a listener’s ear. Born and raised in St. Louis Park, MN, he became influenced towards rockstars like Bruce Springsteen, Elvis Costello, and more. Throughout his career, his mindset remained constant, as his songs have traveled through the circuits of radio stations around the country.

The Start Of It All

Matthew Wilson spent his high school years playing in a band titled, The Panic! with his friends. For the duration of its time, they spent it by playing as underage performers throughout many Minneapolis nightclubs. It all took a turn for them when big-time booker, Steve McClellan took a shine on the group and had them warm-up for everyone coming into town.

“We were young and odd, kind of a charming hors d’oeuvre for the other much better bands in town,” says Matt. “We were all in high school and I was a year younger than the rest of the guys, so I was living a duel life and I loved it. By day I was very much a nerd at school, and by night I was hanging around in rock clubs in a scene that even an unsophisticated kid like me could tell was something kind of special.”

The amazing list of groups that the crew opened up for include bands like The Replacements and U2. “The guys in Husker Du, especially Grant Hart, thought we were comical and at one point they kindly warmed up for us under an assumed name,” says Matt. “I met a lot of unusual characters at a young age and saw a whole lot of bands. I mainly learned that I wanted to be a musician, and I learned that I had to get better at something. Writing, singing, playing… something.”

Behind The Production Of ‘When I Was A Writer’

Matthew Wilson’s recent record, ‘When I Was A Writer’ is a beautiful ode with a stellar production story. The orchestra first gathered about a year and a half ago after playing a lot of shows early on. He says that it was a heady time getting to know the group and the music machine that they were starting to assemble.

“To me, the big hidden part of producing a song is figuring out the arrangement,” says Matt. “When I hear a recording, the effect in my mind is always that the song was just born that way. Whatever instruments I’m hearing, playing their particular parts, that’s just how it always was, how it was meant to be. But for this musician anyway it’s not at all obvious what the instruments are supposed to do for any particular song. There are a million options.”

Their group may have no drummer, but their goal is to groove as best as they can. “One short cut I use to just build a baseline arrangement is to just give every player in the group the responsibility to perform some part of a drum set beat,” says Matt. “So maybe Jacques on bass could freelance around, but definitely, land on the downbeats, performing the role of the kick dream. Quillan on banjo might get an 8th note pattern going that functions as a high hat. I’ll play backbeats on the guitar. And that leaves Phala open to play fun melodies between the vocals. That’s a good way to get things rolling, just to stand up the song and see what works.”

As far as the recording process, they recorded everybody one at a time over a song demo that he would lay down in advance. “For every song, the last step would be to add the background vocals,” says Matt. The process there would be to just capture all three of the singers – Phala, Quillan and me – singing into the same mic. And we would just start stacking tracks, arranging things on the fly. Everything we did we usually doubled. As a rule, stacking a third track of a trio part usually didn’t sound better, which surprised me.”

Listen to ‘When I Was A Writer’ here.

Finding The Perfect Ingredients To A Song

When Matthew Wilson is working on new music, the song itself comes first. “Generally I’m trying to make something that stands on its own, that you can sing accompanied by just one instrument,” says Matt. “After I’ve got a song that functions in a free-standing way like that, then I start thinking about the arrangement. I usually look for an instrument that can give a song a unique sort of signature setting, because for me there’s an unwritten challenge that a song should sound unique if you can pull it off.”

Mainly, however, he tries to keep an open mind and experiment with a lot of things.“In my experience, the grand arrangement ideas that I thought of while I was staring at my bedroom ceiling usually just don’t work as well as I thought they would,” says Matt. “For me, arrangements can take a long time and a lot of trial and error before they come into focus.”

Matt’s broad motivation in writing music is faith, and not in the religious type of way.  “Somewhere a long time ago in my life, I made a leap of faith in my mind that my purpose was to invent music,” says Matt. “I’m not sure exactly when it happened but it was a long time ago and I just don’t question it. I don’t think this musical mission, this faith of mine, would stand up to any logical scrutiny. But it’s just what I’ve got. What I’m left with. So I accept it and love the good parts about it, and throw my energy into it with everything I have. From time to time I get my reward, and that’s usually at live shows when I feel that the thing I’m doing, the work I’ve put into writing is resulting in a connection with people. I’m making someone happy. When this happens, I’m recharged and ready to continue, ready to believe again.”

To all the young musical upstarts, Matthew Wilson reminds them to not expect their musical projects to solve psychological problems or to transport you into a life of ease where woes erase.

“To engage in music is an ongoing process of work and struggle, organizing people, maintaining attention,” says Matt. “The sooner you scale back those glamorous expectations and instead embrace the grind of it, the sooner you can start to enjoy the complicated but super rewarding challenge it is to make songs and play ‘em for people.”

Sophia Chartrand is a Staff Reporter and Affiliate Content Editor at Grit Daily. Based in Park City, Utah, she covers top brands and commercial news. She is a writer, traveler, and animal love who loves taking things one day at a time.