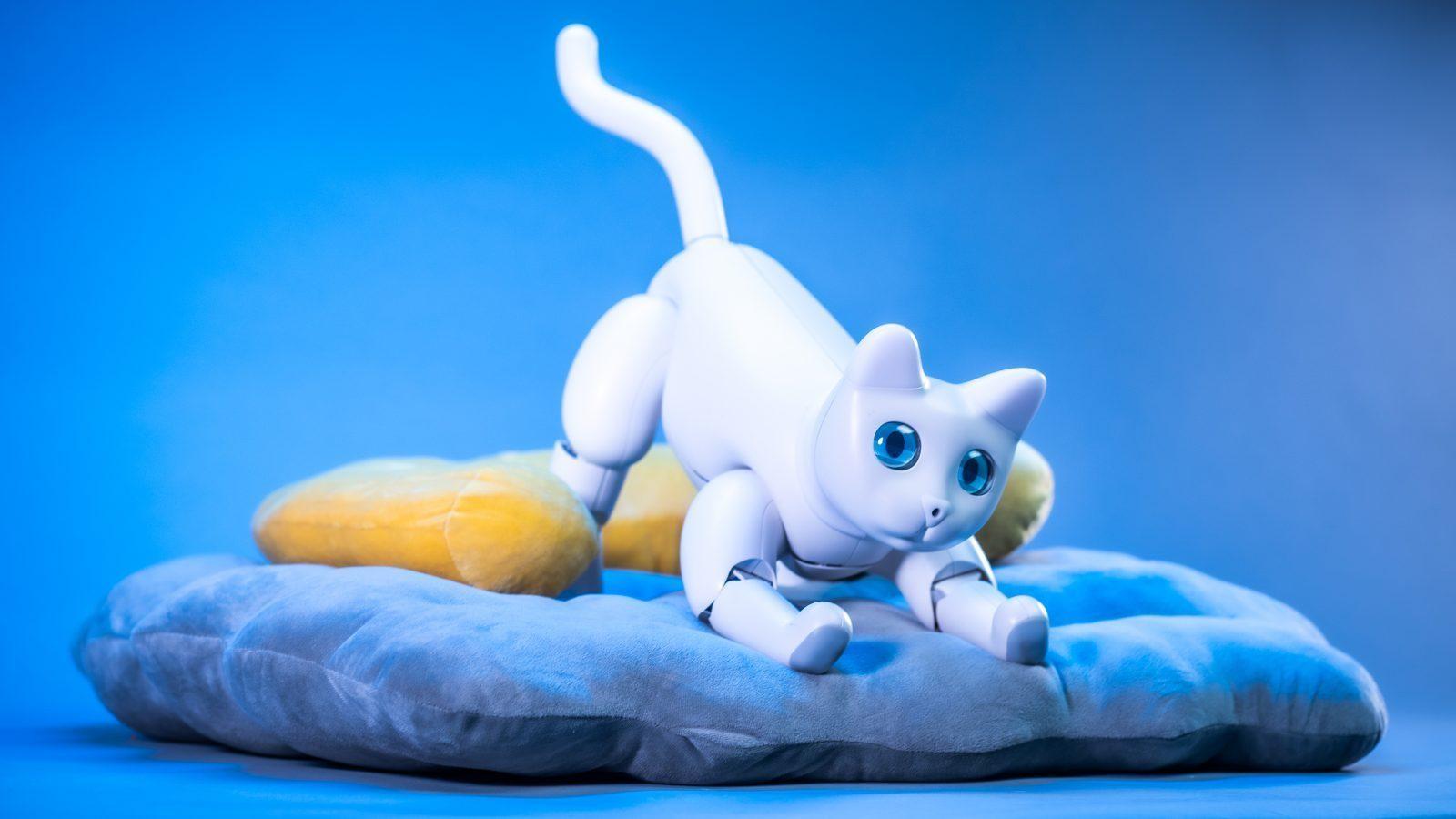 CES 2020 brought some serious nostalgia back for all us 90’s kids, debuting its “Jimmy Neutron” like robotic dog, called MarsCat.

And if my Jimmy Neutron reference went over your head for some reason, let that be the last time. Just in case you were otherwise preoccupied with other daytime television, The Adventures of Jimmy Neutron: Boy Genius was about Jimmy, a fifth-grade genius who was always inventing some new gadget to solve some new problem of his or those around him. But he wasn’t complete without his robotic dog, Goddard, who was always ready to lend advise.

As a kid, I loved that show and I think it won the hearts of many Saturday morning cartoon watchers in the mid 2000s. When talking about the best characters on the show, my all time favorite was Jimmy’s pet robotic dog, Goddard. I mean, look at the little guy! Despite being made entirely out of steel, that dog is still worth snuggling up with (call me crazy).

Back in the day, Goddard was just one of those characters that everybody wished would actually exist in real life.

Unfortunately, wanting a real life Goddard in the mid-2000’s was like wanting to capture an actual Pikachu in your backyard: simply impossible.

However, now that we’re in the 2020 I’ve got good news for all you tech and animal lovers who wanted a pet just like Goddard.

Making its debut at CES 2020, Elephant Robotics, a startup tech company, showcased its autonomous robot companion, MarsCat, which responds to touch and voice. But really, it’s today’s adorable bionic cat and home robot so we can all be the Jimmy Neutron’s of the 21st century.

CES this year brought hundreds of consumer robots, but none were quite as adorable as MarsCat. This thing can even play with toys! Literally everything that MarsCat can do is autonomous and requires no added input from humans.

It can sit up, run, play and walk all on its own. However, I am curious to know how much of a “true kitty” MarsCat is.

Will it scratch me when I try to pick it up?

Will it stare intently at me while it knocks stuff off the dinner table?

Will it wake me up for a healthy meal of nuts and bolts at 4 AM?

In other words, does MarsCat truly provide an authentic cat owning experience? Let’s find out.

I don’t know whether this is creepy or entertaining. Mars doesn’t need the companion of its owner, aka you to keep it busy.

When you’re busy or unable to play with it, it doesn’t just sit there like a silly robot; it finds things to do.

#2 — Your Kitten’s Personality Depends On You

Mars provides varying levels of interactivity, such as responding when you rub its head, back, or chin.

Visually, Mars is able to recognize human faces and react accordingly, while also staying clear of obstacles in its path.

The voice-recognition technology allows Mars to recognize 20 different keywords such as “come here,” “sit down,” “sweet cat”, and “be quiet.” I wonder if it recognizes Sheldon Cooper’s “soft kitty” hymn to put it to sleep?

#3 — It’s Bionic and Adaptable to Its Environment

Lastly and arguably the most appealing is its bionic design, where its shell/body and eyes change colors, based on its movement and personality.

OMG I NEED THIS NOW! Where Can I Get It?

Hell, even Stephen Colbert is talking about his new friends!

It’s actually unclear when MarsCat will be sold publicly. At the moment, MarsCat is a Kickstart campaign that has nearly reached 120,000 dollars! (100,000 dollars over the goal).

CEO of Elephant Robotics, Joey Song has stated that it plans to ship its first batch of MarsCats to its backers in March.

Last year, Grit Daily spoke with Digital Trends’ Editor-In-Chief, Jeremy Kaplan about the future of self-driving cars and related tech. If you attended this year, do you think Kaplan was correct in his predictions? Let us know!