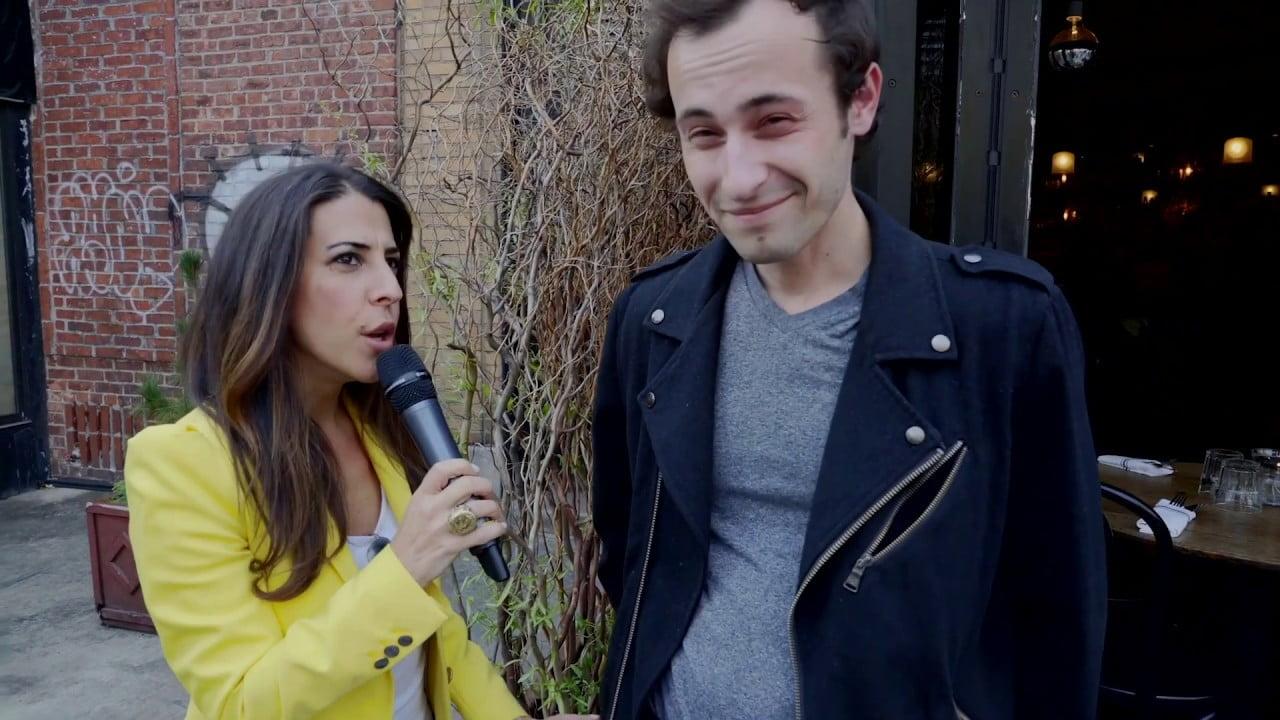 Ahhh… the elusive male species… the only species on the planet that can have you swooning one minute, on the highest level of cloud nine, to mere moments later having you swear men off entirely and convincing yourself you will be a cat (or dog, or plant) lady until the end of eternity. Trying to decipher the modern dating world has proven to be a struggle for all involved, but luckily MaleRoom, a new podcast and YouTube series, is here to deliver answers straight from the source- men themselves.

MaleRoom, founded by Mindie Kaplan (previously of The Chicago Sun Times), was created specifically for the new breed of “selectively unattached” single females,  the women who are single and holding out for love, while focusing on putting themselves first in all aspects of life from their careers to bucket list travels. Mindie saw the lack of diversity in content for single women which was mostly self-help or (dated) dating advice and wanted to create a platform to offer humorous, relatable content for single women, which Episode Two surely provides.  From the interviewees’ description of “fun, freaky” nights vs. ideal date nights to their description of their perfect partner, MaleRoom’s Episode Two delivers insight to single women in a fun, quirky and light-hearted way that allows them to learn tribal knowledge while also being entertained.

Like each episode of MaleRoom, Mindie has three very different men in the hot seat. First, Derek Peth, Commercial Banker and former Bachelorette and Bachelor in Paradise contestant, Dale Moss, former NFL athlete turned model and host, and rounding out the panel of men, Eric Phillips, Vice President and COO of an education company, as well as model and charter school substitute teacher.

The episode begins with Mindie asking her guests to define romance. Dale Moss, the most recent winner of ABC’s The Bachelorette who stole Clare Crowley’s heart as soon as he stepped out of the limo on the first night, describes romance as vulnerability, saying that you have to be “willing to fail”, as well as sometimes saying “Screw it” and taking a chance at love. Dale also says, “Romance is a little bit of vulnerability. You have to be able to be honest, willing to fail but also willing to take a chance and not really know what’s going to happen… at the end of the day you also have to have passion and love at the same time.” Bachelor Nation saw that exact sentiment when Dale whisked Clare off her feet within two weeks of filming The Bachelorette and causing the reality love show to end abruptly, in the series’ most unprecedented season of the show.

After Dale offered his words of wisdom, Eric Phillips, who describes his personal dating archetype as very introspective, yet also in touch with his feminine side,  chimes in by saying that going above and beyond to show your “true self” and how you actually feel about someone is important in a relationship. Agreeing with Eric’s advice, Derek Peth adds that although it can be difficult, showing your true self, and any faults that come along with it in the early stages of a relationship is very important. Clearly Derek listened to his own relationship advice that he spilled on Episode Two as he recently became engaged to Model, Saffron Vadher, in 2020.

Mindie follows up with asking the men, “Do you believe in love, or lust, at first sight?” Eric starts by saying that he does indeed believe in love at first site, saying that he has experienced it first hand and has also seen it through his friends’ relationships. The men then move onto the question, “Do you think more with the head or with the heart?” Dale says that at this stage in his life, it is all about investment. Meaning that investing in your partner and being able to grow with another person is very important in what he is looking for in a relationship. Derek Peth plays devil’s advocate on Dale’s point of view and says that staying in a relationship out of fear and for the benefits of being in that relationship is a real phenomenon. He says that he is not necessarily looking for someone to complete him, but a partner who he can work with together to become something better.

After there, the episode transitions into the “Text Translations” segment of the show, where Mindie  reads text message conversations aloud and asks her guests to share their opinions on the situation. The first conversation the men and Mindie dissect comes from a woman, later revealed as Mindie, between her and a man she met at a work conference. The man Mindie is texting with says that he is trying to work on overcoming being “an asshole” to women. All three men then revealed their opinions on if this man was being vulnerable, or should have just not said that to Mindie in their texting conversation. Dale believes that this man is setting himself up for failure, and that it’s unattractive to text a woman you are interested in that you’re trying to recover from being “an asshole” to women when you’re texting someone for the first time. Eric enthusiastically adds that this man is clearly someone who has made mistakes in the past and has not figured out how to navigate dating yet. Eric then gets a bit philosophical and goes on to give the advice to women that the path of rediscovery is something that a man needs to go on on his own, and that a woman doesn’t need to go on that journey with him. Eric says, “As males we’re all on a different path to becoming a man, I think many males go their whole lives without actually becoming a man, both with women and in different aspects, but especially with women, making the choice to say this is what I want and this is what I’m going to sacrifice for.”

The next segment of the show is Mindie’s “Woman on the Street” segment, where Anita Mann aka Mindie’s undercover alibi, interviews men on the streets of New York City for PSA’s about their thoughts on women. She asks questions like “What are you looking for in a woman?” and “What’s something every girl should know?”

In the last segment of the show, “Just the Tips,” Mindie asks her guests what their one tip is for women. Derek starts with his tip, saying that “Don’t be afraid” is his advice. Peth explains that he is an introvert and loves when a woman who is interested in him can approach him. He says that women shouldn’t be afraid to do something different than what society has made us believe are the roles in pursuing someone. Dale piggybacks off of Derek’s idea and says “Don’t be afraid to push a man away,” explaining that if there is a situation that isn’t going to happen or you don’t want to happen, you can’t be afraid to say something and set boundaries. Eric ends the show by giving TWO tips, the first being to hold out at first, especially if it is someone you have real interest in and the second to try your best to decipher the bulls**t. Agreeing with Dale, he confirms that women should not be afraid to push someone away.

Going straight to the source has its benefits, check out the episode here for more tribal knowledge.

Maleroom is a media brand for single women with content created by men. Think a modern-day “Men are from Mars, Women are from Venus” where we'll be discussing everything from dating, communication, and tribal knowledge in this sponsored column. The format will include a podcast, video series, and interactive events.

More from SponsoredMore posts in Sponsored »