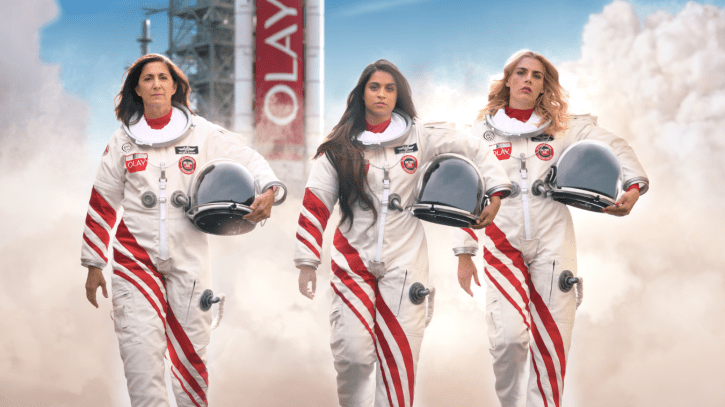 It’s no secret that women really run the Super Bowl, even with Olay skin care. Shakira and Jennifer Lopez stole the show during the Halftime show with a historical and culturally significant performance that uplift the Latinx communities in the United States.

It was a performance that was only fitting for Miami, a city with one of the biggest Latin communities in the country, while Demi Lovato made one of her first returns to the public eye with a beautiful rendition of the National Anthem.

But the Super Bowl didn’t stop there in making space for women, as Olay and NASA partnered to create a funny, yet uplifting commercial that sent a clear message: there is more than enough room for women in professional spaces.

The ad starts with a shot of a news segment with Katie Couric as she says “Is there enough space in space for women? Who wrote that? Are people really still asking that question?” While the ad was meant to be funny, it showed that there are still issues in the professional world in making space for women.

Next the ad cuts to a shot of Busy Phillips, Lily Singh, and Nicole Stott—an actual astronaut—taking off in a rocket for space. While the commercial was sponsored by Olay, the call to action of the commercial was to get people to send a Tweet to Olay with the #MakeSpaceForWomen hashtag which would have the company donate $1 to Girls Who Code, a nonprofit that helps and encourages young women to pursue careers in computer science and technology.

The women, named Christina Koch and Jessica Meir, made the space walk to replace the hardware as a precaution. It was the 43rd spacewalk to include a woman, but the first-ever to include only women.

Campaigns like #MakeSpaceForWomen and organizations like Girls Who Code with Olay aim to encourage young women to understand that professional spaces—even ones like NASA—have space for women to become part of their programs. The ethos of the campaign and organization is to send a clear message that women have the same level of opportunity as men—so that we can make steps toward equality in the workforce across all industries.