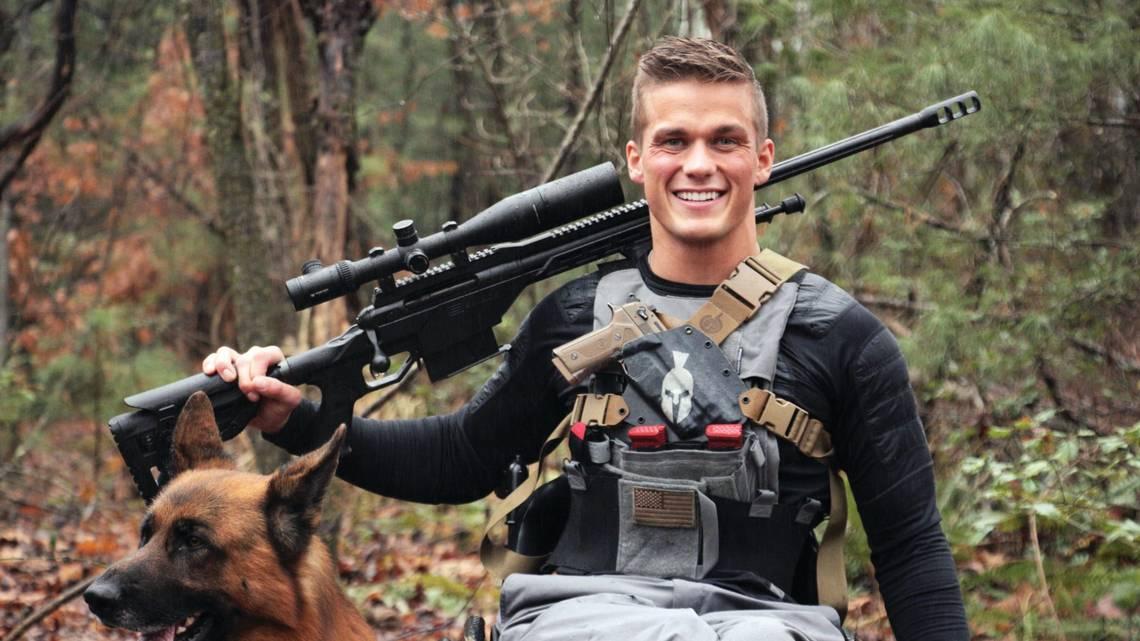 Madison Cawthorn, a controversial candidate for Congress in North Carolina’s 11th district, is being criticized on social media for photos of his 2017 trip to Adolf Hitler’s “Eagle’s Nest.” The spot in the Bavarian Alps served as headquarters for the leader of the Nazi Party. The 2017 Instagram post features Cawthorn vacationing at the historical site, where he can be seen smiling and posing with his arms open in the site’s underground tunnel system.

“The vacation house of the Führer,” wrote Cawthorn on Instagram. Seeing the Eagles Nest has been on my bucket list for awhile, it did not disappoint. Strange to hear so many laughs and share such a good time with my brother where only 79 years ago a supreme evil shared laughs and good times with his compatriots.” The post features three photos of the historical site, two of which feature Cawthorn depicted at the site.

The photos have been circulating Twitter in recent days after several journalists uncovered the post and brought attention to it. An article published on Jezebel earlier this week discussed the many ways in which Cawthorn encompasses a new generation of right-wing voters and politicians, though concern over his pride in visiting a Nazi work site are growing. Some commenters, however, have expressed that the post empowers them to vote for Cawthorn even more.

Other social media users are pointing out that this is not the only one of Cawthorn’s posts that are rife with controversy. Another photo from 2016 depicts Cawthorn with family on a trip to Mexico, where the caption describes “conquering” Mexican restaurants and compares it to the early conquistadors.

Cawthorn self identifies as a motivational speaker and is credited on his website as the CEO of a real estate investment firm. He is currently running in North Carolina’s 11th Congressional District, an area of the state that encompasses much of its Westernmost region. Cawthorn’s opponent, a lawyer named Morris Davis, took his response to Twitter on Monday. “Hitler’s vacation retreat is not on my bucket list,” he wrote alongside a screenshot of the post, which appears to have been archived for a period of time this week.

Cawthorn responded to the controversy on Facebook, where he defended his visit and added that he had the Allies in mind when he visited the site. “When our soldiers from Easy Company were photographed smoking, drinking and smiling at the Eagle’s Nest in 1945 they were clearly celebrating the Allies triumph over one of the greatest evils in human history,” Cawthorn wrote “They weren’t celebrating evil; they were celebrating their victory over evil.When I visited the Eagle’s Nest this was the history I had in mind. It was a surreal experience to be remembering their joy in a place where the Nazi regime had plotted unspeakable acts of evil.”

Many on social media, though, have expressed concern for Cawthorn’s use of the words “Führer,” the title that Adolf Hitler himself preferred, as well as the use of the term “bucket list” in reference to a historical site with such a negative connotation.