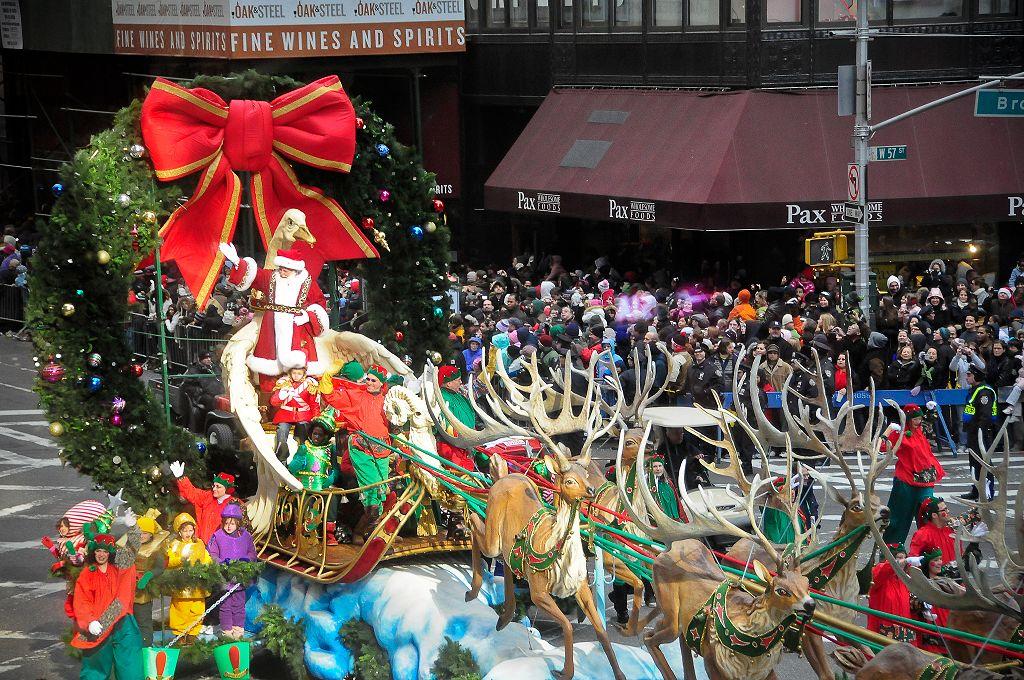 The Macy’s Thanksgiving Day Parade is going virtual this year. Today the mayor of New York City, Bill de Blasio, announced the event will be significantly smaller this year, too, obviously without crowds in attendance. There will be no giant balloons or vehicles going down the street this year, due to COVID-19.

Per usual, the event will air on NBC on Thursday, November 26th. Macy’s Parade will keep the floats, performers, and balloons, too. In a statement, Macy’s hinted at its plans for this unconventional year:

“This year the celebration will shift to a television only special presentation, showcasing the Macy’s Parade’s signature mix of giant character helium balloons, fantastic floats, street performers, clowns and heralding the arrival of the holiday season with the one-and-only Santa Claus.”

The executive producer of the parade, Susan Tercero, added:

“Macy’s believes in celebration and the joy of marking milestone moments with family and friends. The Macy’s Parade is our love letter and gift to the City of New York and the nation. Under the unique challenges of these unparalleled times, we felt it was important to continue this cherished holiday tradition that has been the opening act to the holiday season for generations of families. While it will certainly look different in execution, this year’s Macy’s Parade celebration will once again serve its historical purpose – to bring joy into the hearts of millions across the nation.”

The event takes a total of 18 months to plan. Due to the time it takes, it’s surprisingly the parade is happening at all.

Macy’s laid out their guidelines for this year: participants have been cut down by 75%, social distancing and masks are required, and the parade will be staged around Herald Square in Midtown Manhattan. There will be no 2.5-mile parade through the streets of New York. Nobody in attendance will be under 18. The High School and college marching bands scheduled to perform will return next year, too. As for the floats, which usually take 80 to 100 people to control, those will be rigged to special vehicles approved by the NYPD.

The Macy’s Thanksgiving Day Parade is not exactly a parade without crowds. It’s not the first time the event hasn’t happened. During World War II, from 1942 to 1944, the parade didn’t happen because the government needed the rubber and helium for the war. Macy’s went as far as to donate their deflated balloons to the U.S. government to support the war effort.

When the parade returned in 1945, that was when the event was first televised in New York. 18 years later, Macy’s almost was cancelled again following the assassination of President John F. Kennedy, which occurred just one week prior. Macy’s decided to go through with the event as not to disappoint children, which perhaps is the attitude shared by the organizers of this year’s Macy’s Thanksgiving Parade today.

The History of the Macy’s Day Parade

The parade used to be longer. When the parade started in 1924, it would go for a total of six miles. It was originally a Christmas parade, too, before Macy’s changed the formula. Initially, the parade was the “Big Christmas Parade.” The event is always the second largest consumer of helium in the world, too, obviously due to the balloons. In 1971, Macy’s had to deal with bad weather, causing them to ground the iconic balloons that year. Throughout the parade’s illustrious 94 years, the event has had to weather bad weather, tragedy, war—and, this year, a pandemic.