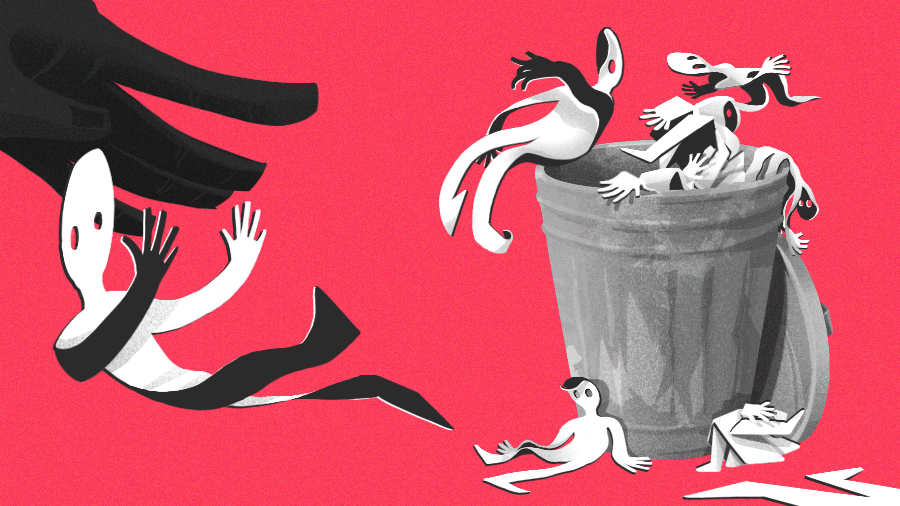 Looking At Spreadsheets As A Solution To Layoffs

The day before Alicia Ostarello was laid off, she received a cryptic verbal message from her manager.

“Prepare for change,” her manager said.

The next morning, she received a short message in her inbox: report to this room at 6 a.m. with all your belongings. A few moments later, she got some not-so-surprising news: Zenefits, a unicorn startup with nearly $600 million in venture capital, was letting her and nearly half the staff go.

“They were saying this isn’t personal, this is business,” Ostarello recalled.

And then, she said, they gave her a spreadsheet and told her to enter her name alongside other former employees with a link to her LinkedIn page and contact information, in case a recruiter wanted to contact them.

Recently, crowd-sourced spreadsheets have increasingly become a common response to layoffs–especially in tech companies, which thrive on the belief that your network is everything. But, as layoffs continue to make headlines, the bigger question still exists: Is a spreadsheet enough to help you land your next gig?

To recap, layoff spreadsheets often contain the names of ex-employees, their contact information, and links to their resumes and LinkedIn profiles. They are then circulated on social media and (hopefully) into the hands of the right recruiter. Here’s Uber’s. Others exist for former employees of companies like Oyo, WeWork and Juul.

Robin Johnson, a creative resource manager, was laid off from Uber’s marketing team in July 2019. She put her name on a spreadsheet made by an ex-Uber employee for those laid off, which soon went viral. Within 24 hours, she had 16 emails from recruiters representing companies big and small, including Facebook, Stripe and Microsoft.

Through the recruiter emails, she found a new job, and kept her same title as a creative resource manager.

Johnson thinks spreadsheets are a good resource for recruiters and hiring managers looking to hire talent from popular companies like Uber. Her friends got hired within the week.

Entrepreneur Sam Ekpe said he’s been leveraging WeWork and Uber sheets, as well as reaching out to laid-off engineers, to find workers for startups. He is the founder of Grupa, which offers software for startups to connect with product teams to speed up the work process.

Grupa was able to get about 24 ex-employees from across WeWork, Uber and Africa’s Andela to sign up.

More To Be Done

While spreadsheets work for some, Ekpe thinks still more can be done to make layoffs less “messy” and more “seamless.”

“Companies must invent a ‘layoff experience for employees’ from day one,” he said.

“I really think there’s an opportunity for a layoff service platform that works with HR to provide insurance for staff and companies,” Ekpe said.

Arik Akverdian, CEO of recruitment startup VCV, doesn’t think a spreadsheet is enough for recruiters to effectively hire those recently laid off. Mostly because it’s hard for potential candidates to stand out with dozens of other people listed under the same role, he said.

“Having some other form of information about candidates helps [recruiters] make faster and better decisions,” Akverdian said. He added that spreadsheets might only help in terms of screening for technical fits.

Ultimately, Ostarello said, it wasn’t Zenefits’ spreadsheet that helped her get a new job (the company declined to comment, stating that those involved with the layoffs have since moved on from the company). Instead, she got her next job from establishing a routine and utilizing a helpful Facebook group.

After being laid off, for the sake of routine and normalcy, Ostraello woke up early, applied for jobs and walked dogs at the SPCA. There she met a dog named Mazie, and eventually adopted her.

Then, she took advantage of the “spectacular cohort of people” she was laid off with who started a Slack channel. She joined an active Facebook group of alumni and consistently shared job postings. It led her to her current role as a UX manager at Collective Health, per LinkedIn. The Zenefits group is still active, even holding an unofficial holiday party with 50 other people who were laid off.

“One of the hardest lessons I learned from that layoff was that I can’t forget that I work for a business,” Ostarello said. “I have to treat business like business, and even if your company says to you that we’re your friend or we’re your family and community–they’re not.”

The piece Looking At Spreadsheets As A Solution To Layoffs by Natasha Mascarenhas first appeared on Crunchbase News.

Published in Business, Life and Tech