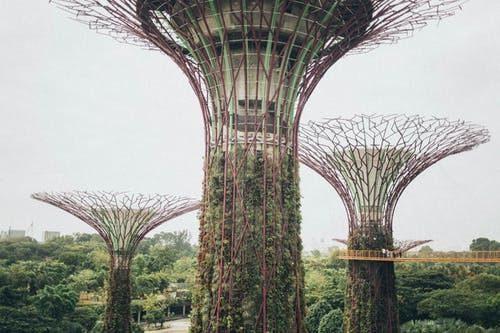 It’s no secret that the Asia Pacific is one of the most diverse and sought-after tourism destinations in the world. From the south shores of Australia to the slopes of Northern Japan, the far-Eastern area of the globe has a little bit of something for every type of traveler. Each year, Lonely Planet puts together a list of the top ten location throughout a certain area of the world to generate tourism in different spots. Take a look at the list of the area’s top locations for 2019 to get an idea of where you should be planning your next getaway.

Known for its sweeping valleys and acres of vineyards as far as the eye can see, the area around the Margaret River is like taking a slice of Napa to the Asia Pacific area of the world. Plus its got some amazing looking beaches. Lonely Planet named this as the first spot on its list of the top ten places in the Asia Pacific for 2019. Located just south of Perth, the area can be accessed by flying into the city and driving.

Located on a large island area just Southeast of Osaka, Shikoku makes up an area that features a pilgrimage route of 88 famed temples. The area earned a place on Lonely Planet’s list for its sacred grounds and one of a kind experiences. Get there by flying into Tokyo, the nation’s capital, and taking a train to Osaka.

When most people think of New Zealand they think of the massive mountains and rugged terrain located throughout the country’s Southern islands. The Bay of Islands, however, is also one of its most notorious tourist destinations. Located in the Northeast part of the Northernmost island, the area is home to some of the most active fishing spots and other ocean activities in the world. Get there through Auckland and then by drive, about three hours north.

As one of the most forward thinking cities in the world, Singapore is one of Asia’s crown jewels with clean streets, world-renowned food and hospitality, and world-class entertainment and shopping. Take a break from the wilds of Asia’s many exotic locations and sample a bowl of Chili Crab, Sinagpore’s national dish. Singapore’s Changi Airport is one of the biggest in the world, offering a full-scale movie theater, shopping mall, and other one-of-a-kind experiences.

While most people associate the Asia-Pacific with areas like Fiji (which is also on Lonely Planet’s list of the top 10 places in that area of the world), Lonely Planet felt that The Cook Islands also deserved a spot on the list. Lush, tropical landscapes and roughly untouched beaches make The Cook Islands a top location for the area—if you can get there, that is.

While most tourists generally hit the north or south areas of Vietnam, the country has been increasing its efforts to get visitors to check out the middle of the country. Da Nang, which is located smack dab in between Hanoi and Ho Chi Minh, is home to beautiful beaches, vibrant culture, and access to mountainous villages and landscapes. Hoi An, meanwhile, is considered one of the cultural capitals. The area can be accessed by air through Hanoi or Ho Chi Minh and driving north—or better yet, explore the country by motor bike.

Lonely Island’s decision on which locations to choose for its list of top destinations wasn’t only influenced by its views. Fiji made the list, not just for its stunning beaches, culture, and ocean life—but also for its commitment to sustainability and eco-friendly travel.

You’d be hard-pressed not to see a view of Palawan when scrolling through an Instagram search of Southeast Asian tourism destinations. The southeast island is known for its crystal-blue waters, towering karst mountains that shoot out of the water, and tropical rainforests filled with refreshing waterfalls. Tourists can access the area through Manila or Cebu by air by flying into Puerto Princesa.

Each of China’s major cities are very different, which is what makes each of them worth a visit of their own. Beijing, the nation’s capital, is one of Mainland China’s most bustling urban landscapes. Spots like the Summer Palace or Great Wall of China make this a must-go for history buffs. Get to Beijing by flying into its  massive new Daxing airport, which opens in September.

Also for history buffs and adventure travelers, Cambodia is a must-stop on any Southeast Asia trip. The country’s most famous landmark is also one of the worlds biggest and best—Angkor Wat. The ancient temple is the biggest of its kind, and tourists can get lost among its many ruins and trails. Access to the area is through the nation’s capital, Siem Reap.