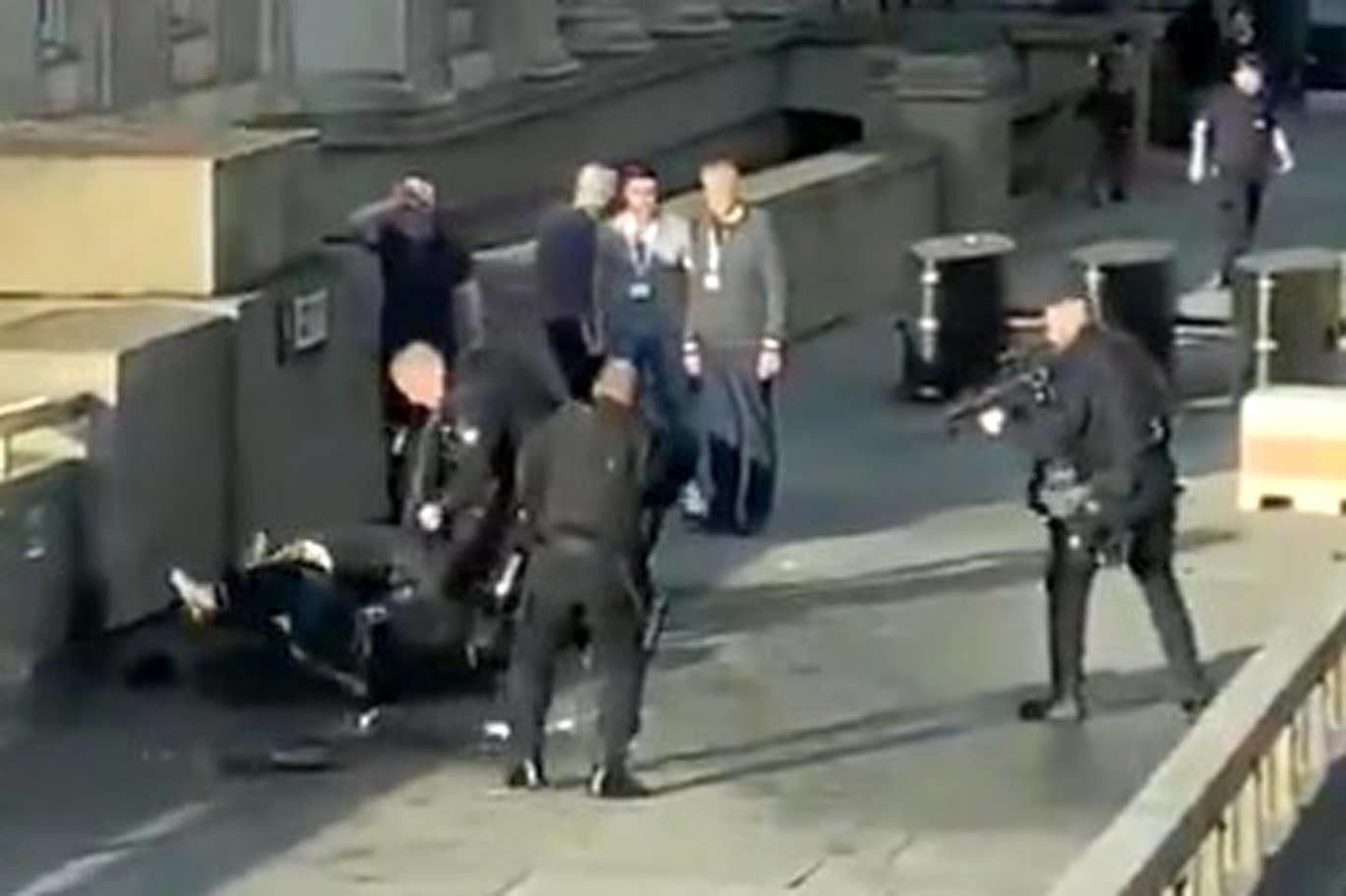 The deja-vu like incident left one innocent person dead and several injured, came to fatal close as British police shot and killed the terror attacker on the London Bridge.

A man wearing what is now believed to be a fake explosive vest, stabbed several people in London before being tackled by several members of the public, and then fatally shot by British law enforcement on London Bridge.

WARNING: THIS VIDEO IS INCREDIBLY GRAPHIC

This terror attack hits extremely close to home—literally, following the 2017 London Bridge attack where a van and knife attack in the same area killed eight people.

On June 3, 2017, the London Bridge area was the scene of a terrorist melee, where Islamic terrorists used a dual vehicle ramming and stabbing attack. Four police officers were injured in the assault, leaving eight civilians dead.

The London Bridge area was the scene of a terrorist melee on June 3, 2017. Islamic terrorists used a dual vehicle ramming and stabbing attack. Eight civilians died and four police officers were injured in the assault. All three terrorists were also killed.

“To the best of our knowledge the incident has been contained,” Prime Minister Boris Johnson said. “But I would urge everybody, of course, to be to be vigilant and one cannot help but think back to what happened in 2017 in the same part of the city, and I hope very much that people will be able, as fast as possible to go about their normal business.”

The 2017 Westminster attack occurred on March 22 outside the Palace of Westminster in London, where 52-year-old Briton Khalid Masood, drove a car into pedestrians on the pavement along the south side of Westminster Bridge and Bridge Street, injuring more than 50 people, four of them fatally, eventually crashing the car into the perimeter fence of the Palace grounds.

As for Friday’s incident, the Metropolitan Police said “a number” of people were wounded, now sharing that they believe at least five people were injured, but gave no information as to their current conditions. While no motive has yet been identified, British police have been extremely cautious, indicating that “to the best of [its] knowledge, the incident has been contained.”

One video posted on social media showed two men struggling on the bridge before police pulled a man in civilian clothes off a black-clad man on the ground—by which gunshots immediately followed.

Other images showed police, guns drawn, pointing at a figure on the ground in the distance.

“Due to reports that the suspect may have had an explosive device, specialist offices also attended the scene and wide cordons are in place to ensure there remains no further danger to the public,” Basu said. “However, I can confirm at this time, we believe a device that was strapped to the body of the suspect is a hoax explosive device. Officers continue to carry out meticulous searches in the area to ensure there is no outstanding threat to the public.”