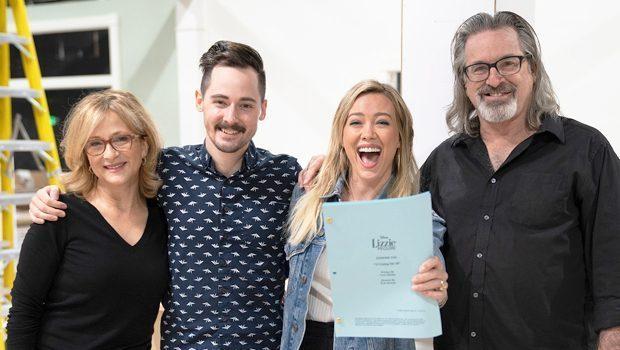 Lizzie McGuire Reboot Will Not Have To Recast Lizzie’s Family

Great news for fans of the Disney Channel original series Lizzie McGuire—not only is the show making a comeback sometime in the near future, but it will not be subject to the demise of having to recast some of its main characters. Disney+, the new streaming service from Disney that is producing the new series, announced on Thursday that Hilary Duff will be joined by Hallie Todd, Jake Thomas, and Robert Carradine to reprise each of their respective roles as Lizzie’s family. Disney+ made the initial announcement on Instagram on Thursday afternoon.

Duff’s TV family played a major role in the show, as her relationship with each of her parents and little brother played a pivotal role in the plot of the series. Many shows that see reboots later on find themselves recasting many of the main characters or leaving them out of the story for fairly inexplicable reasons (Lizzie’s best friend Miranda was written out of the Lizzie McGuire movie when Miranda passed up a school trip to Italy for a family trip to Mexico). The reprisal of these three roles means that Lizzie’s family members will become a major part of the plot (we can assume) as Lizzie navigates life in her thirties.

Hilary Duff revealed that the show will actually come into fruition in August at the D23 Expo after hinting about it for years. The reboot will pick up on Lizzie’s life in her thirties living in New York City and chasing a career, though Duff has said that Lizzie will make a life change early on in the show and move back to Los Angeles where the rest of her family lives. Other than the basis of the plot and the fact that four of the major characters in the show will see their roles played by the original cast members, we don’t know much about the Lizzie McGuire reboot—including when, exactly, we can expect it to air on Disney+.

Disney+ Comes With Years Of Anticipation

Disney fans have been asking for a platform like Disney+ for years now, as Netflix is the only other streaming service to offer Disney shows and movies, but even then things are hit or miss. The new show will premiere on Disney+, as the platform has been taking the last year to build anticipation for its first ever streaming platform. While the platform will be released in November, many of its original shows and movies begin premiering on it exclusively throughout the next year. So far, Disney+ has announced a slew of new Marvel shows and movies, documentaries, and TV shows that will be released exclusively on the streaming platform, which sits below the $10 range for a monthly membership.