As the price of lithium has skyrocketed over the last 18 months, the demand for lithium-ion batteries is more intense than ever. Battery makers including Panasonic, LG Chem and CATL have to budget for the rising cost of lithium, a metal that’s crucial to the batteries that go into electric cars, as they expand their production over the coming years.

With every bull market, however, there are bear prognosticators who bet on the price of lithium to decline with the market heading into balance or even over-supply.  As a battery metals veteran, my viewpoint of “hold your horses, Wall Street” is echoed by many lithium analysts and experts who believe that battery metal market fundamentals shed light on a variety of pressing reasons why a lithium surplus marketplace with dramatically reduced prices is not on the horizon.

Industry veterans are joined by a number of analysts and other experts, including Benchmark Mineral Intelligence, a leading research firm that covers green energy minerals.  Its recent report titled, “Lithium oversupply?  Not likely – five main reasons why” offers a convincing rebuttal to the flawed thesis that lithium supplies are, in fact, elastic.

How Fast Can Miners Move from Discovery to Production?

What lithium ‘bears’ do not understand is that while lithium may be present in a number of different forms globally, the processes involved in economically extracting and producing battery-grade lithium are extremely challenging. It can take up to a decade to discover a deposit, develop it, build a mine and extract and refine battery grade lithium. Even in China, where permitting is typically easier and lithium production is often fast-tracked, this is proving to be the case.

The process of turning lithium into the chemicals that power batteries is not easy.  Also, refining raw lithium into high-purity lithium carbonite, which is of sufficient quality for batteries, involves complicated metallurgical processing methods and is very time consuming.

While the production of the lightweight metal lithium is essential to technology to drive the shift to the new clean energy paradigm, certain processes associated with some forms of lithium production or refining are environmentally damaging.  In addition, with the primary sources of lithium being hard rock deposits and salar brines, lithium processing through conventional methods such as evaporation ponds are inefficient, with lithium extraction rates often less than 50%.

Pollution, significant high-water usage and land use permitting are other challenges that lithium miners face.  So, as EV makers are looking for long-term lithium suppliers, they should be mindful to ensure that their upstream suppliers are committed to environmentally sustainable mining practices. This is already happening, with some EV makers actively seeking out sustainable lithium miners.  However, with the domination of China in the global supply of refined battery products, including lithium, it’s not always possible to ensure best environmental practices are being adopted. Not only is it critically important that we develop domestic lithium supplies in North America, but also that we put sustainability and environmental best practices to the fore.

Fortunately, two major organizations, Initiative for Responsible Mining Assurance and Responsible Minerals Initiative, have established the necessary guidelines to act as a gold standard for all sustainably mined materials.

Some lithium ‘bears’ point to China to account for a future oversupply of lithium.  Benchmark Mineral Intelligence is emphatic that China cannot ramp-up output significantly to create an over-supply. Here’s the crux of Benchmark’s argument as stated in its lithium report. “Known domestic Chinese spodumene and other hard-rock resources are low quality, a key reason why there has been an increasing reliance by Chinese converters on Australia for supply instead. China’s deposits of lepidolite may have the potential to help bridge the deficit in coming years, but are unlikely to lead to oversupply.”

According to Benchmark, “the lithium market will start to balance over the next few years” but believes it is unlikely that “marginal, unconventional feedstock will fill the deficit” and “unlikely that demand will weaken significantly.”

Benchmark’s view on spot prices for lithium concludes that, “end-users can only absorb so much cost pass through before it has an unsustainable impact on their electric vehicle ambitions.  However, the spot market price in China does not represent the true price of lithium in the market, and is often not the true price being paid by western battery majors. In these markets we expect to see a gradual ramp up in contract deals being settled with increasingly flexible, and more frequent, pricing mechanisms.”

Upstream Investment in Mining is Vital to Meet Rising Demand

It is important to encourage upstream investment in mining; particularly as there is still not enough upstream investment to meet current and future demands for lithium.  Some financial analysts predict global demand of 1.2 million metric tons of lithium carbonite by 2025, but the reality is that even this level of demand growth is likely to be well off the mark.  To my mind, the better way to measure the true pulse of the marketplace and what packs the most punch are the announcements from major lithium producers with Albemarle and Ganfeng Lithium each expecting demand of around 1.5 to 1.6 million metric tons of lithium carbonate in the same time-frame.

As for American Lithium, we are focused on aiding the shift to the new energy paradigm through the continued development of our TLC lithium claystone project in the richly mineralized Esmeralda lithium district in Nevada, which is within three hours’ drive of the Tesla giga-factory. We are also continuing to advance our high-purity, hard-rock Falchani lithium  project in southeastern Peru. This project has demonstrated the ability to precipitate battery-grade lithium carbonate without the need for additional refining. A robust preliminary economic assessment, that was published in 2020 and is now being upgraded, also suggest the prospect of low-operating costs.

All of this speaks to the fact that American Lithium intends to be a key part of upstream lithium development in the Americas.

Lithium Whisperer is the Marketplace

It is important to listen to the market place to gauge lithium supply status.  Consider the following statistics.  First of all, global EV sales doubled in February 2022 reports Inside EVs on April 6, 2022.  Or that the spot price of one metric ton of lithium carbonate (LCE) rose from $6,750 in September 2000 to a recent high of $78,000 USD. By 2025, automakers will have spent $365 billion USD building EV and HEV production facilities, reports Bloomberg Energy Finance.

As lithium scarcity grows, BloombergNEF forecasts prices of lithium carbonate and hydroxide — the main lithium chemicals used in battery production — to continue to go skyward until 2030 due to anticipated supply deficits.

Mission Critical: Urgency for ‘Made in America’ Lithium

The quest for EV manufacturers, (as well as other industrial and military users,) to secure access to high grade lithium is intense. So, too, is the need to ensure supply chain security.  To this end, the United States and other countries are looking to untangle their clean energy supply chains from China which is currently the leading producer of lithium-ion batteries.

As such, there is an urgency to secure long-term supplies from geopolitically-safe, lithium-rich countries such as the United States, Canada, and Peru. The conflict in Ukraine is a stark reminder of what happens when the supply of energy and other critical commodities is “in the hands” of unstable or unfriendly regimes. Accordingly, the US has a heightened need to source as much sustainable, “home-made” lithium and other critical minerals as quickly as possible, particularly given the fact that lithium mining in the US is currently estimated to account for less than 1% of the lithium mined annually across the world. 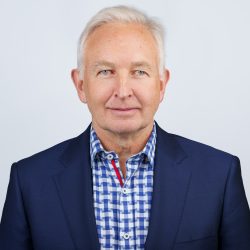 Simon Clarke is CEO of American Lithium, which is developing world-class lithium projects in the Americas, as well as one of the planet’s largest undeveloped uranium projects. Simon Clarke has over 25 years-experience in building companies and implementing successful capital markets and growth strategies focused in mining, energy, and energy technology. He was founder and CEO of M2 Cobalt which was acquired by Jervois Global in 2019 where he spent 12 months as an executive as part of the transaction terms. He was also co-founder, executive and director of Osum Oil Sands Corp. which was valued in excess of US$1 billion at the peak of oil sands valuations and sold for approx. Cdn $400m in 2021. He can be reached at: [email protected]