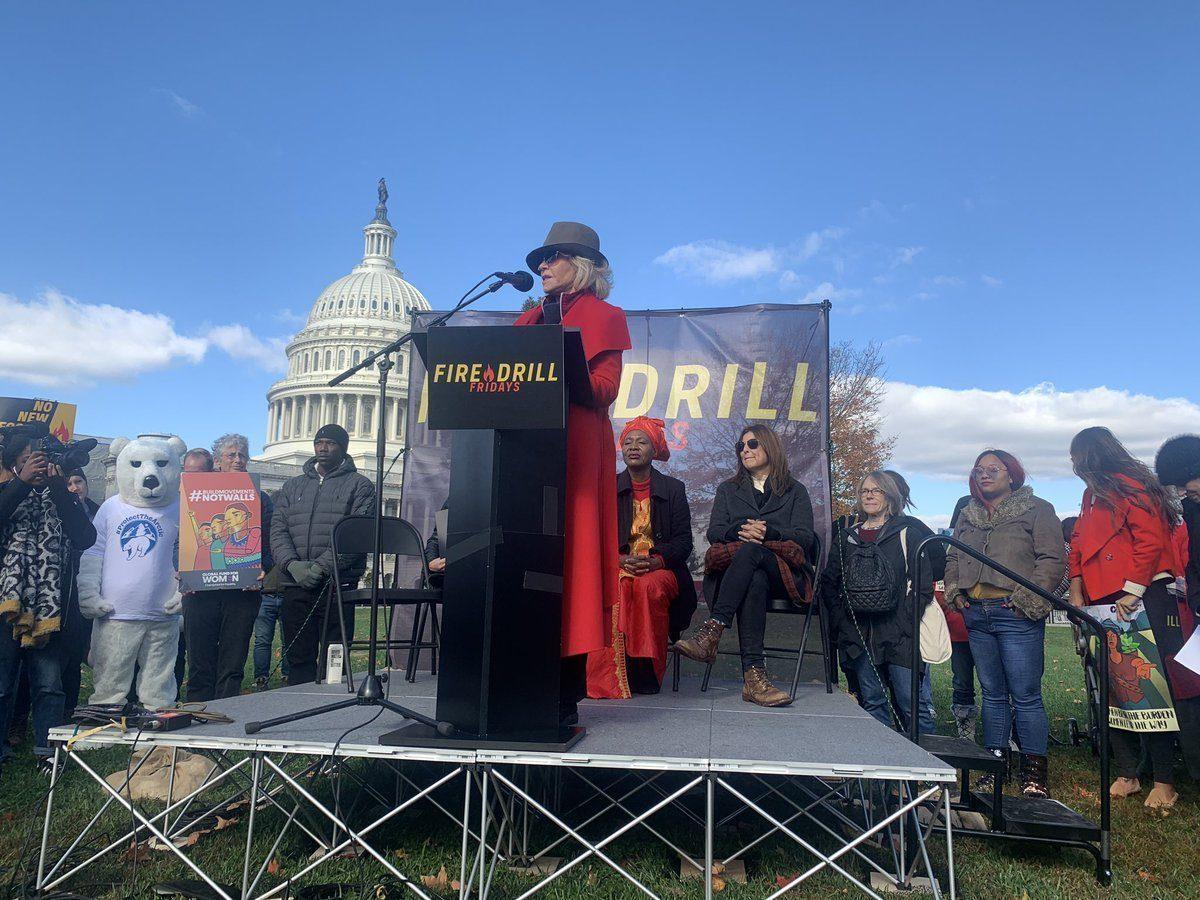 Lily Tomlin joined “Grace and Frankie” co-star Jane Fonda on Friday morning protesting at the US Capitol demanding action on climate change. Tomlin was arrested at the protest.

Fonda hosts weekly “Fire Drill Friday” protests at the capitol speaking out for change in the face of a climate emergency. The movement was inspired by young activist Greta Thunberg and her statement that “our house is on fire.”

Thunberg was recently named TIME Magazine’s person of the year, beating out nominees such as U.S. Speaker of the House Nancy Pelosi and even our own U.S. President Donald Trump.

Fonda decided that if our house is on fire, she better do something about it. So, she moved to Washington DC and begun a movement to demand action from leaders on the climate crisis.

Each week focuses on a different aspect of the climate emergency. This week’s theme is the protection of forests, with the slogan “Forests can’t wait.”

In addition to the weekly Friday protests, Fonda hosts teach-ins on Thursday evenings. These teach-ins educate about the theme of the week and the threat that climate change poses in the scope of that theme.

Fonda has been arrested several times for civil disobedience while protesting at Fire Drill Fridays. In an interview with Anderson Cooper, Fonda said that getting arrested at the climate demonstrations “feels good.”

Tomlin and Fonda are not the only notable names that have participated in a Fire Drill Friday protest. Ted Danson, Sally Field, Taylor Schilling, and Piper Perabo and more have all protested for climate action at the capitol alongside Fonda.