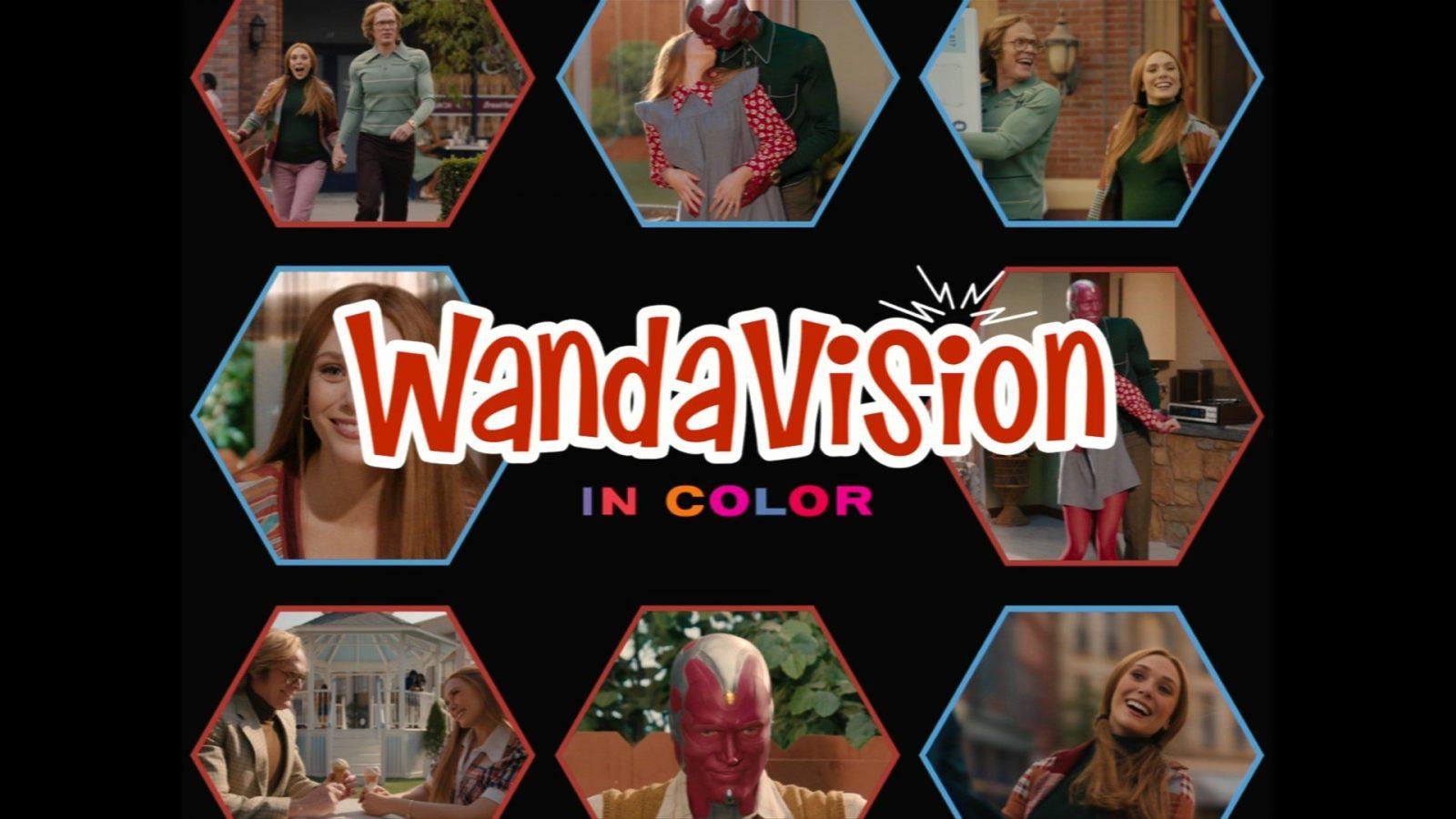 Episode three of WandaVision is a doozy y’all. Let’s jump right into the WTF world that is Westview with Wanda and Vision to unpack the WandaVision easter eggs in this new episode.

It’s really fun to watch WandaVision as a classic whodunit story. There’s a darkness underneath the bright colors of 70’s Westview that even Vision starts catching on to. The question remains. Is someone doing this to Wanda, or is she doing it to herself?

We don’t have all the answers yet so let’s explore some more of the fun WandaVision Easter eggs that appeared in this episode while we wait for next Friday’s episode! (Isn’t waiting fun? I think Marvel’s decision to release each episode on a week to week basis rather than all at once was a brilliant move.)

Wouldn’t it be great if you could get your pregnancy over with and end up with two healthy babies all in one day? Vision seemed to be content going along with the sitcom fantasy for the past two episodes, but it’s Wanda’s pregnancy that makes him start to question the reality of their situation. An eagle-eyed viewer even noticed that Vision broke the fourth wall when he started questioning things to Wanda.

The moment Vision tells Wanda that something seems off is crucial. The music changes to a more modern and sinister orchestral score and Vision stares earnestly at Wanda until all of a sudden Vision has been rewound to about five seconds ago in the episode. It’s a moment that seemed like an actual glitch, but Wanda does have the power to alter reality in the comics so what’s a five second time rewind in the overall scheme of things?

After all, she does look pretty upset when Vision starts wondering what’s actually going on.

Wanda does give birth at the end of the episode to two twin boys, Billy and Tommy. Wanda’s boys do have origins in the Marvel comics. Basically, they are another example of Wanda shaping reality to her own will. Wanda used her powers to birth her boys with a whole lot of magic, and sometimes when she broke her concentration, Billy and Tommy would simply vanish. Comic book character Agatha Harkness has a hand in wiping Wanda’s memory, making her forget about Billy and Tommy. (And of course, some fans think that Kathryn Hahn’s character Agnes is secretly Agatha.)

Wanda finally acknowledges her past to Geraldine after the birth of her twins. She tells Geraldine that she had a brother, Pietro, and begins to sing a Sokovian lullaby to her babies. Wanda and Pietro were native Sokovians who Hydra experimented on, which resulted in how they got their powers.

“He was killed by Ultron wasn’t he?” Geraldine asks.

This doesn’t sit well with Wanda. Pietro did sacrifice himself in Age of Ultron to protect Hawkeye and a Sokovian civilian. Although Wanda herself did technically bring up the subject, it’s Geraldine’s question that once again forces Wanda to face reality.

Angry!Wanda starts asking Geraldine about her necklace, which looks exactly like the logo for S.W.O.R.D. Geraldine doesn’t answer, breaking the cheery sitcom tone even further to tell Wanda, “Don’t be like that.” Stillangry!Wanda tilts her head and chooses to magically throw Geraldine a.k.a Monica Rambeau-who-was-actually-the-first-one-to-use-the-moniker-Captain Marvel out of Westview. It’s downright creepy how Wanda explains to a confused Vision that Geraldine had to rush home with a sinister Stepford wife smile.

Twitter was on hand with some hilarious reactions to Wanda’s decision to eject Geraldine.

Geraldine is shown being ejected outside of a force field, and is quickly surrounded agents stationed nearby. The huge reveal indicates that the city of Westview is real somehow, but enclosed in a bubble. Are the agents keeping Wanda trapped in Westview, or is she refusing to come out? Is Geraldine a S.W.O.R.D agent? After all, Wanda’s reaction to Geraldine’s sword necklace was even more visceral than her reaction to the beekeeper with the same logo on his back at the end of episode two.

If Geraldine is a S.W.O.R.D agent, why was there such a dramatic response to her return to the real world? Was her sword necklace her way of entering Westview? There are so many questions for the remaining six episodes of the season.

The mystery of what’s really happening with Wanda Maximoff has yet to be answered. Right now, it looks like Wanda has kept herself in a dream she doesn’t want to wake up from. Stay tuned for more Easter eggs next Friday when WandaVision episode four premieres on Disney Plus. In the meantime, here’s a visual tribute to Wanda’s iconic angry head tilt.