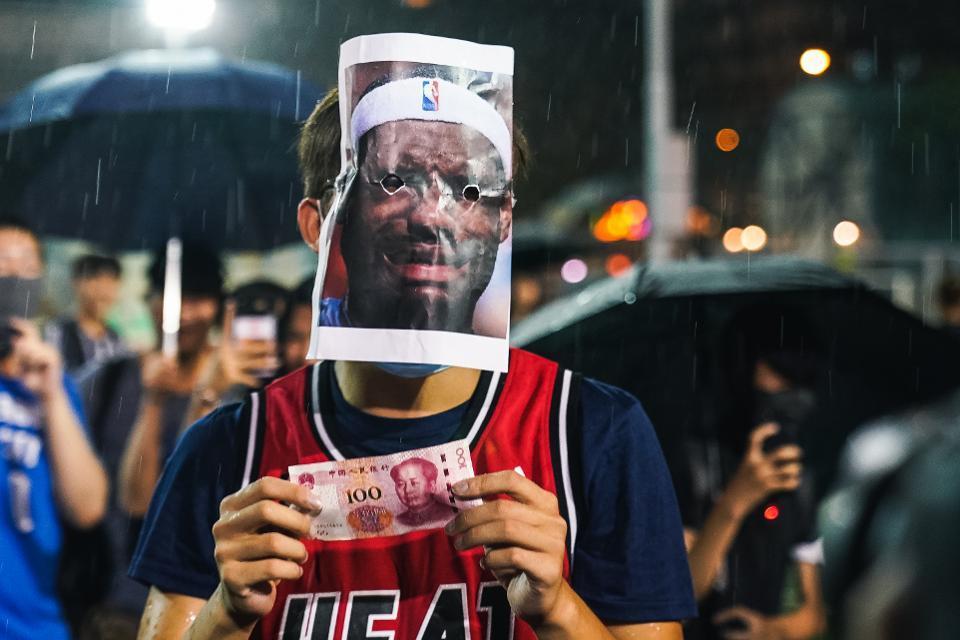 “I believe he wasn’t educated on the situation at hand.” James said on Monday.“Yes, we all do have freedom of speech, but at times there are ramifications for the negative that can happen when you’re not thinking about others and you’re only thinking about yourself.”

But on October 6th Morey had already issued an apology saying, “I did not intend my tweet to cause any offense to Rocket fans and friends of mine in China. I was merely voicing one thought, based on one interpretation, of one complicated event.”

During the Los Angeles Lakers practice on Tuesday, LeBron’s response to a question regarding the situation was, “I probably won’t talk about it again…We’re not politicians. It’s a huge political thing, but we are leaders and we can step up at times.”

A major reason James might have made these comments is because of his relationship with China. His current lifetime deal with Nike has a valuation of more than $1 billion and in-China sales jumped 27 percent in the last fiscal quarter.

Ever since James’s words went viral, he has faced criticism from all angles and especially on Twitter.

Clay Travis, radio host for Fox Sports Radio, tweeted, “He (James) had the opportunity to stand up to China and be on the right of history. Instead? He sold out.”

James has been a prominent figure in openly talking about social issues in the United States such as police brutality against African-Americans and the Unite the Right rally in Charlottesville, but his most recent comments have failed to garner support and has also caused more protests in Hong Kong.

To learn more about the entire debacle between China and the NBA read this Grit Daily article.