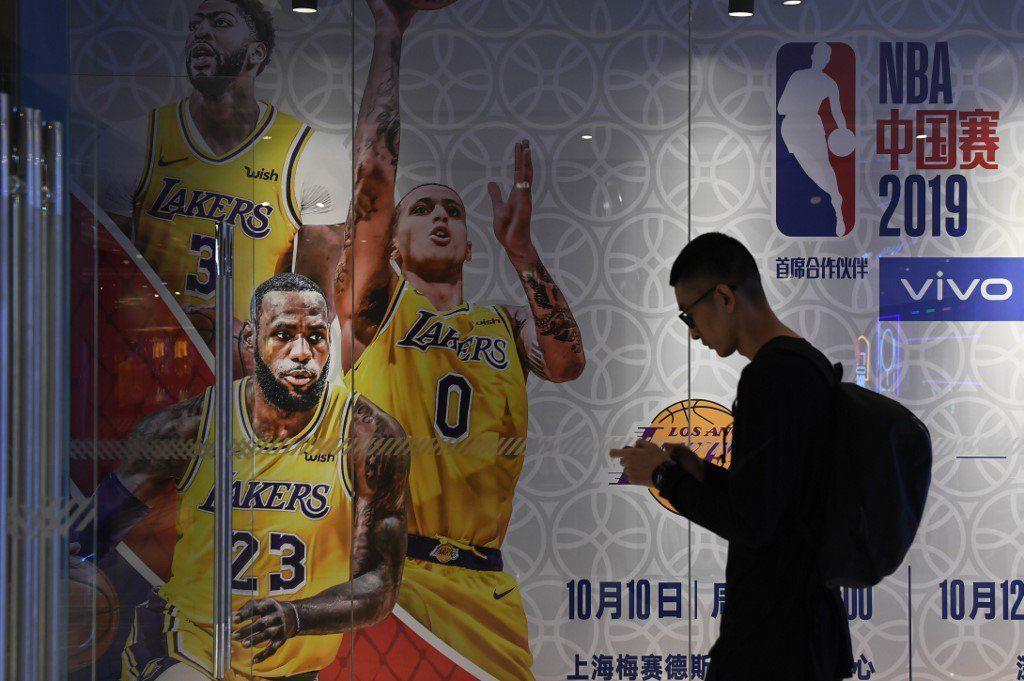 LeBron James speaks out on NBA and China

NBA superstar LeBron James is finally speaking out on issues regarding the NBA and China after tensions continue to rise between the two.

A source close to James’ said his message was:

“Why are we (NBA players) the ones to go through the risks of speaking out in China when the league should be the first to address the matter, with our voices to follow.”

Along with being one of the world’s biggest athletes, LeBron James was the former Vice President of the National Basketball Players Association, which is a labor union representing players in the NBA.

How It All Began

Ever since Morey publicly supported the protests in Hong Kong, tensions have flared between the NBA and its biggest international customer, China. Basketball is the most played and watched sport in China with hundreds of millions of fans.

In a CNBC report, over 640 million people in China watched NBA programming during the 2017-2018 season.

Two days after the tweet went viral, Morey issued an apology saying, “I did not intend my tweet to cause any offense to Rockets fans and friends of mine in China. I was merely voicing one thought, based on one interpretation, of one complicated event.”

Last week NBA Commissioner Adam Silver says he supports Morey’s decision “in terms of his ability to exercise his freedom of expression”, which is tough to do in China with the Communist Party strictly ruling the nation.

The Rockets have publicly said they will not take any disciplinary action against Morey.

For almost 20 weeks, millions of individuals in Hong Kong have participated in violent protests against a bill allowing “for the extradition of Hong Kong residents to China to face trial” (Business Insider). Hong Kong is a semi-autonomous city and is currently trying to become its own independent nation in favor of full sovereignty.

Hong Kong was previously a British colony but has been under the control of China for 22 years.

Yao Ming, ex-Rockets player and current president of the Chinese Basketball Association, cut all ties with the Rockets. Ming was inducted into the Hall of Fame in 2016 and had his jersey retired by the organization in 2017.

LeBron James and other NBA players in China

LeBron James held a players-only meeting between the Los Angeles Lakers and Brooklyn Nets in China on how they can address questions regarding the issue.

The Athletic sports reporter Shams Charania said in the meeting “James expressed concern that without the league being able to speak to media to address all of the questions and dynamics about China and the NBA, it was unfair for solely players to bear that responsibility.”

All-Star point guard Kyrie Irving and James’s teammate Kyle Kuzma also spoke during the meeting. They made it clear that players do not have to comment on any questions regarding the sensitive subject and it is okay for them to say they are not comfortable speaking about it.

Reports claim Kuzma lost his sponsorships in China along with several other NBA athletes.

On October 10th, China banned Silver along with any NBA players to partake in press conferences before or after their games.

The NBA then released a statement on October 11th reading, “We have decided not to hold media availability for our teams for the remainder of our trip in China” as the league believes it would be unfair for NBA players to address these issues.

The NBA seasons begins on October 22nd in a matchup between the Raptors vs. Pelicans and the Lakers vs. Clippers.

Do you still Yahoo? If so, click here to see how they could possibly owe you money.