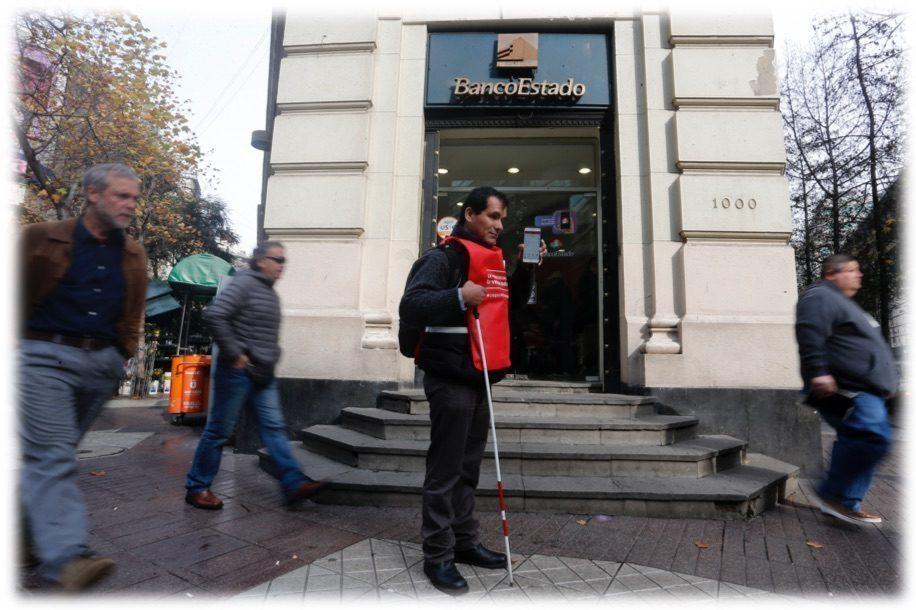 Could it be better than a guide dog? A Chilean-born, Tampa-based company is adding maps of university buildings and other businesses to their app.

Rene Espinoza is the founder and CEO of Lazarillo or “guide dog” in Spanish slang. This app allows visually impaired people to navigate and learn what places are around them.

Espinoza and his team are in the process of “mapping” inside different institutions. This allows users to navigate directly to their classroom, not just to the front door.

“We are able to then provide direction in the street but when we are in a huge facility we have our own system, our own data that we map to provide the user the direct route or the accessible route for people that are using a wheelchair,” he said.

Moving forward Espinoza wants to have a way for institutions and businesses to map their buildings for themselves.

“Even though it works now and we have users that use the app, we can improve the information that we have,” he said.

The company uses a variety of different mapping databases for street navigating but inside that data isn’t there. This means they have to build that plethora of information all on their own.

“Currently we’re the ones doing the mapping using our platform to map places like Tampa’s University,” he said.

He hopes to expand but the process of mapping buildings is time consuming. With only his team working, Espinoza thinks mapping would take too long.

“We’re in the process to make that [mapping] available globally so if someone from Spain, for example, wants to map their university,” he said.

Espinoza hopes to collaborate with other companies as well to expand the number of people the app helps. The app he wants to create would help people with other disabilities as well, especially those with accessibility issues.

“As we have worked with other companies we have realized that sometimes other people with other disabilities also have [accessibility] problems,” said Espinoza

From Chile to Florida

Espinoza’s company started in Chile where he was studying at the time.

“I had the chance to interact with about 30 people with low vision or blindness and discovered their main problems are with orientation,” he said.

Lazarillo moved to Tampa because they were selected for the Tampa Bay Wave’s TechDiversity Accelerator Program.

The program connects companies with all of the people and resources that they need to grow.

The app itself is a product of hard work by Espinoza’s team, but their biggest challenge was funding he said.

The app is free to the user. However, Espinoza developed Lazarillo to grow its impact not to watch it lose money.

He solved this problem by beginning to map different institutions that needed to provide students with a way to navigate the school.

“We realized that this could be something that could be interesting for institutions but we needed to understand how institutions worked [first],” said Espinoza.

It’s not just schools that need this technology. Lazarillo’s clients include places like museums and public buildings as well.

The institutions receive reports from Lazarillo on their new programs and how well they are allowing people to navigate.

Espinoza hopes Lazarillo will help visually impaired people be more independent. This independence is crucial when a person needs to go to work, meet someone at an unfamiliar place or simply navigate a new area.

In 2017, only about 44.7 percent of visually impaired Floridians were employed, according to Cornell’s Disability Statistics.

This app allows users to navigate to a coffee shop, allows them to reach their work and in the future Espinoza hopes they will be navigated straight to their office or classroom.

“Hopefully through the platform to do that [mapping] by yourselves, because we have a small team, accessibility becomes more affordable for everyone,” said Espinoza.

He did say, though, that the app was not to replace guide dogs or canes.

“We are a complement of service animals,” he said.

Espinoza hopes Lazarillo will enable people to see what their guide dogs or canes cant tell them. Where the guide dog says there’s a step up inside the app says inside is Starbucks.

The app is available in the App Store and on Google Play.